Amazon has brought benefits - and disruption - to Seattle 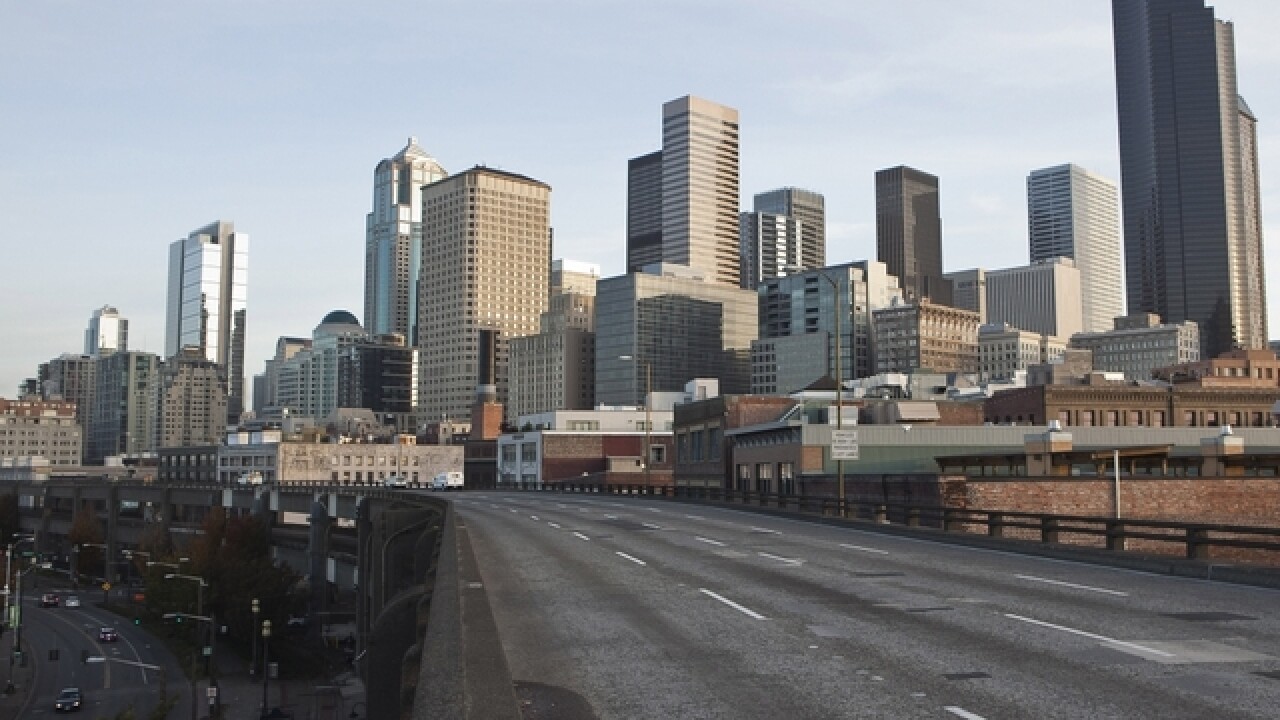 SEATTLE (AP) — Memo to the many places vying for Amazon's second headquarters: It ain't all food trucks and free bananas.

For years, much of downtown Seattle has been a maze of broken streets and caution-taped sidewalks. Dozens of enormous cranes tower overhead as double-length dump trucks hauling excavated dirt rumble past pedestrians and bicyclists. The crashing and clanging of construction is the city's soundtrack on a perpetual loop.

Housing prices have soared faster than anywhere else in America, driving some low- and even middle-income residents beyond city limits. Traffic is frequently unmentionable. And while Amazon is far from solely to blame - and while lawmakers, economists and many residents say the benefits clearly outweigh any drawbacks - life in its hometown is indeed one more endeavor the tech giant has disrupted.

"Economic growth brings opportunities, and it brings headaches," says Margaret O'Mara, a University of Washington professor who specializes in urban history. "That was true in 1840s Manchester, it was true in 1890s Pittsburgh, and it's true with Seattle in the 20-teens. ... It's on both cities and the tech companies to figure out the way to handle these things."

Amazon opened its headquarters in a previously sleepy warehouse district known as South Lake Union in 2010, foregoing what it says would have been the cheaper option of building in the suburbs, where its workers might have been less connected to the city.

Since then, it has expanded from a workforce of about 5,000 to more than 40,000 in 33 buildings here. It surpassed the university as the city's biggest employer, and it's still growing apace. Even as it announced plans for a second headquarters location, the company said it would lease the entirety of Seattle's second-largest skyscraper, the still-under-construction Rainier Square tower, which will have room for 3,500 workers.

The city has been transformed, with new towers seeming to sprout weekly and Amazon's striking new biospheres due to open next year. Amazon estimates its direct spending boosted Seattle's economy by $38 billion from 2010 to 2016. Hotels are thriving thanks to visits by friends and family of Amazon workers, as well as by Amazon employees from elsewhere. The Downtown Seattle Association estimates $5 billion in construction activity was underway during the summer, with more than 30,000 residential units in the works.

Cities across the U.S. and Canada are clamoring at the prospect of landing Amazon's second headquarters - and with it, investments topping $5 billion. They have until Thursday to submit their proposals.

In Seattle, there's no question the company's growth has improved life in many ways. Unemployment is extremely low. A large fraction of its workers walk to the office or rely on public transit, and its buildings have green roofs, recycled heat, reclaimed lumber and other sustainability features. It opened plazas where it hosts farmers markets, concerts and, yes, banana stands - Amazon has given away 2.7 million bananas and counting.

Terrific restaurants, cafes and food trucks have proliferated, with lines of Amazon workers - recognizable by their badges or by their dogs, welcome at work - outside.

That said, not everyone can afford to enjoy such amenities. Robby Stern, president of Puget Sound Advocates for Retirement Action, which advocates for seniors, said rising housing costs have forced two of his organization's board members from the city. The Seattle Times reported in September that the median house price in the city was $730,000 - double what it was five years ago.

"Bringing a lot of new, good-paying jobs to town, you have to view that as being a positive development," Stern said. "But the changes that have happened have created Seattle as a less livable place for categories of people, and that's not what I want for Seattle."

After taking some criticism for a perceived lack of involvement in the community, Amazon has engaged more publicly, including supporting some beloved Seattle nonprofits: It announced this year that it will give the shelter organization Mary's Place permanent room in its new building to house 200 homeless women, children and families. It has also given FareStart, which trains people struggling with homelessness or drug addiction to work in the restaurant industry, space and equipment to open five new eateries on its campus.

Last year, Amazon gave $10 million toward a new computer sciences building at the University of Washington, where it also endowed two professorships. And this year, the family of Amazon founder Jeff Bezos announced a $35 million gift to the Fred Hutchinson Cancer Research Center - the largest donation in the center's 41-year history.

The company also donated to a successful political campaign last fall to expand light rail service, and has paid for an additional streetcar to serve South Lake Union.

Seattle had bad traffic and limited housing even before Amazon arrived -  some of which lingered from decades of anti-growth policies and a failure to build more mass transit sooner.

With Amazon's bidding process for "HQ2," at least the places applying know what to expect.

Greg Nickels, the city's mayor from 2002 to 2010, worked to transform South Lake Union into a tech and biotech hub. He says Seattle has had to do some catching up on transit and housing, given the company's unpredictably explosive expansion, and the city's $15-an-hour minimum wage experiment is a good one to try to alleviate income inequality.

"I know many people find that growth uncomfortable, but it's much better than being a Detroit or a Cleveland, where people are watching their cities waste away," Nickels said.