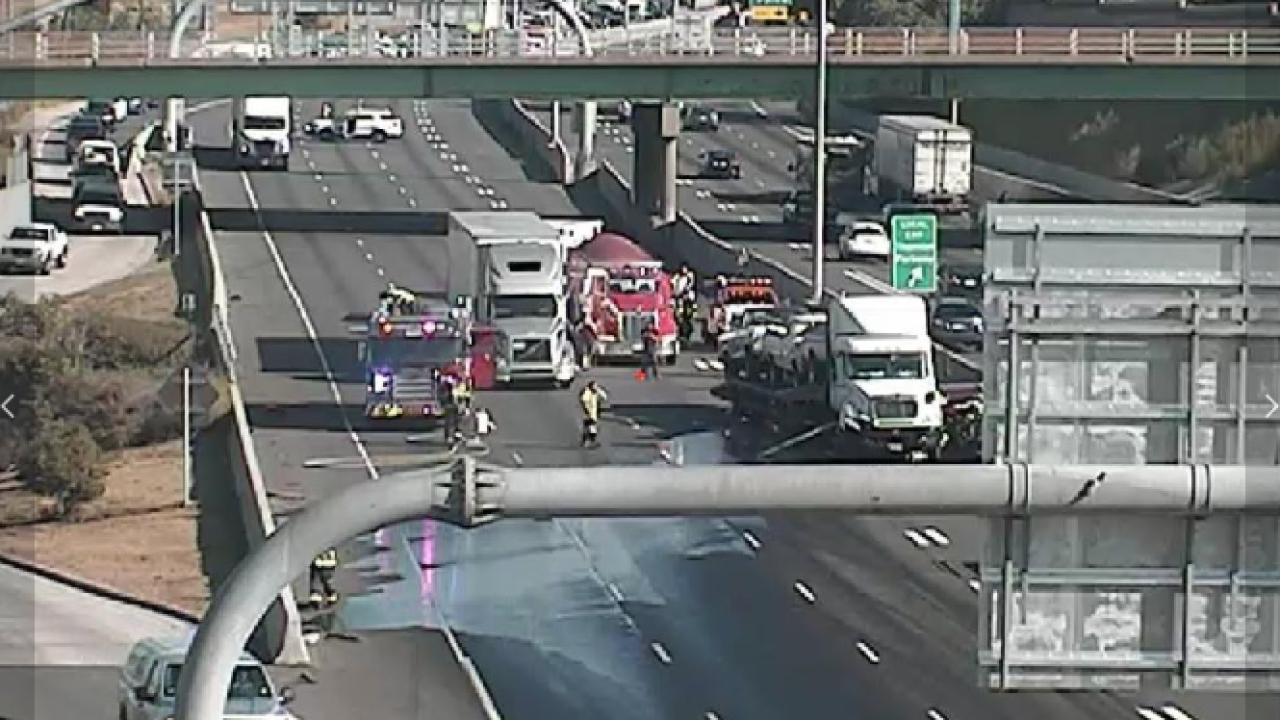 THORNTON, Colo. — Southbound Interstate 25 near the Thornton Parkway reopened Tuesday afternoon after nearly long closure of all southbound lanes following a crash involving at least four vehicles, including at least one semi.

The crash occurred shortly before 9 a.m. Tuesday. Jesus Mendez with the Thornton Police Department said 50 gallons of diesel spilled on the highway as a result of the crash, which will take about two hours to clean up.

MORE | Increased amount of crashes along I-25 catches attention of police, CDOT

He said minor injuries were reported in connection to the crash.

Traffic is being diverted through the RTD park-and-ride lane. Drivers are encouraged to use alternate routes while crews work at the scene. Denver7's Jayson Luber says backups have started at 128th Avenue and the side roads next to I-25 are filling up quickly. Right now, taking Pecos south to Highway 36 from 104th is the best option.

Latest estimate from Thornton Police is that the cleanup could take a couple of hours. The highway then should be open between 11:30 and noon at best guess. pic.twitter.com/UP4jCpsJFO