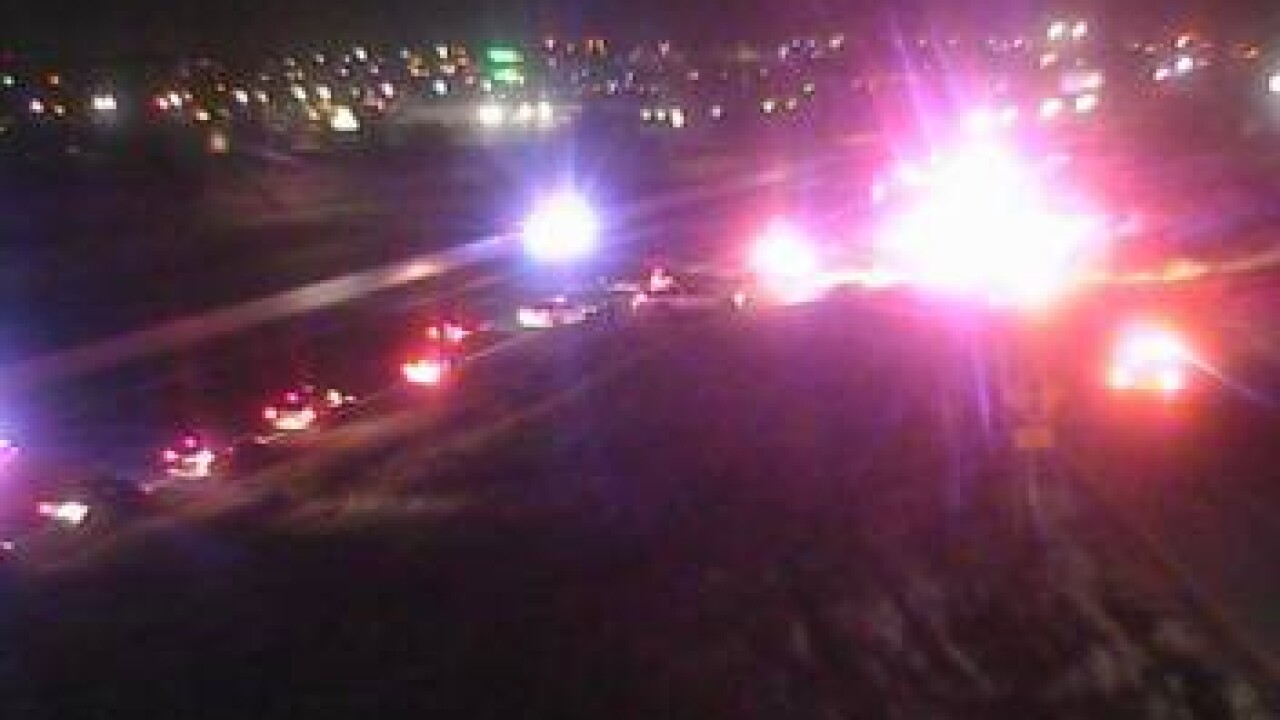 According to Renae Lehr, public information officer for the Northglenn Police Department, a man in his 20s had been walking across the interstate from east to west around 1:30 a.m. when he was struck by a Jeep Cherokee, and possibly two other vehicles.

Lehr said all of the involved drivers stayed at the scene.

Crime scene investigators are working at the site of the crash. Lehr said it's not yet clear why the man was crossing the interstate.

Early Wednesday, Lehr said the scene would take several hours to investigate and clean up. It reopened around 6:15 a.m.

Traffic Reporter Jayson Luber will have updates on the delays on Denver7 starting at 4:30 a.m.

He recommends drivers take Huron Street to the west or Washington Street to the east. Drive down to Thornton Parkway and head back towards I-25. Luber recommends not driving past 120th Avenue since traffic is backing up in that area.

SB 25 remains closed at 104th due to a crash investigation. No eta when it will reopen. For now you will have to go west to Huron or east to Washington then down to the Thornton Parkway and back to I-25 to get around it. pic.twitter.com/hN49MOEjY2