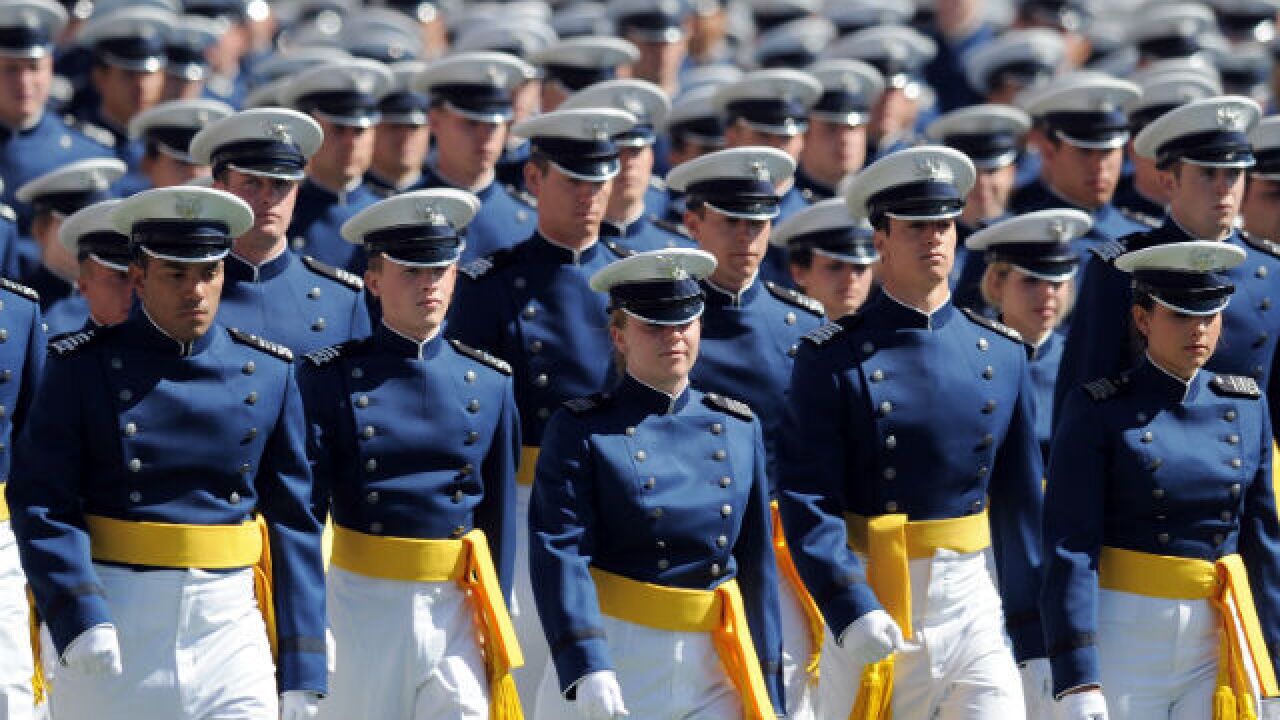 Chris Schneider/Getty Images
<p>Air Force Academy comes in at No. 3 on our list, with the U.S. News & World Report ranking them #26. in National Liberal Arts Colleges. </p>

The Gazette reports that the criminal charges announced by the academy Thursday are without precedent in the academy's 64-year history because previous hazing cases have been handled through the school's administrative discipline process.

The two seniors are accused of obstruction of justice and dereliction of duty and are two of 11 swimmers suspended from the team in February amid an investigation.

A summary of the 900-page investigative file obtained by The Gazette showed the hazing took place on Sept. 29, 2017.

The hazing involved trying to get the freshmen swimmers to throw up as well as stripping and blindfolding them. However, no sexual acts were alleged to have taken place.