After one month living in Denver, one woman says she has two bikes stolen 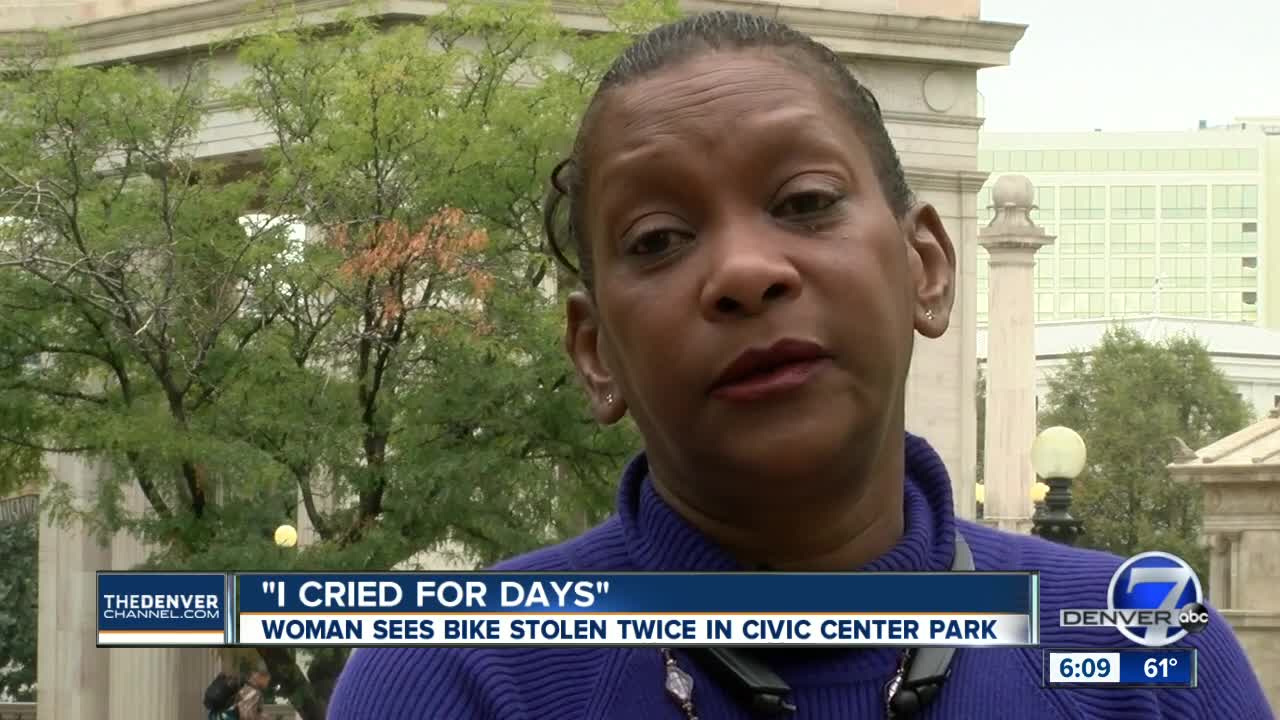 DENVER – As cars speed by on Lincoln near Civic Center Park, Ramona Flynn looks on from the sidewalk.

Flynn says she has gotten used to walking a lot more after both of her bikes were stolen in that area after only living in Denver for more than a month.

"But I have arthritis in my knees and my back hurts so that's why I really couldn't walk," Flynn said. "It takes me a long time for me to walk."

Flynn said the first time her bike was stolen she had locked it on a rack by the free mall bus on 16th Street.

"I went to McDonald's, grabbed a cheeseburger, took the 16th Street mall ride down to Target, came back it was gone," Flynn said. "I cried for two days because now I have to come out of pocket or somehow get money for a bike."

According to the Denver Police Department, there have been a total of 40 bike thefts in the Civic Center Park so far this year and seven in the last month.

Flynn said she first bought a bike to get her new job. She is training to be a truck driver and said it has been a lifelong dream.

After her second bike was stolen from outside the Denver Public Library, Flynn said her dream is now jeopardy, as well as fighting to get out of homelessness.

"Nothing is given to you," Flynn said. "I work as hard as much as I can, even though I go home. I go back to the shelter and they see me and I can barely walk."

Flynn said someone donated a third bike to her and she has no plans on bringing it downtown again.