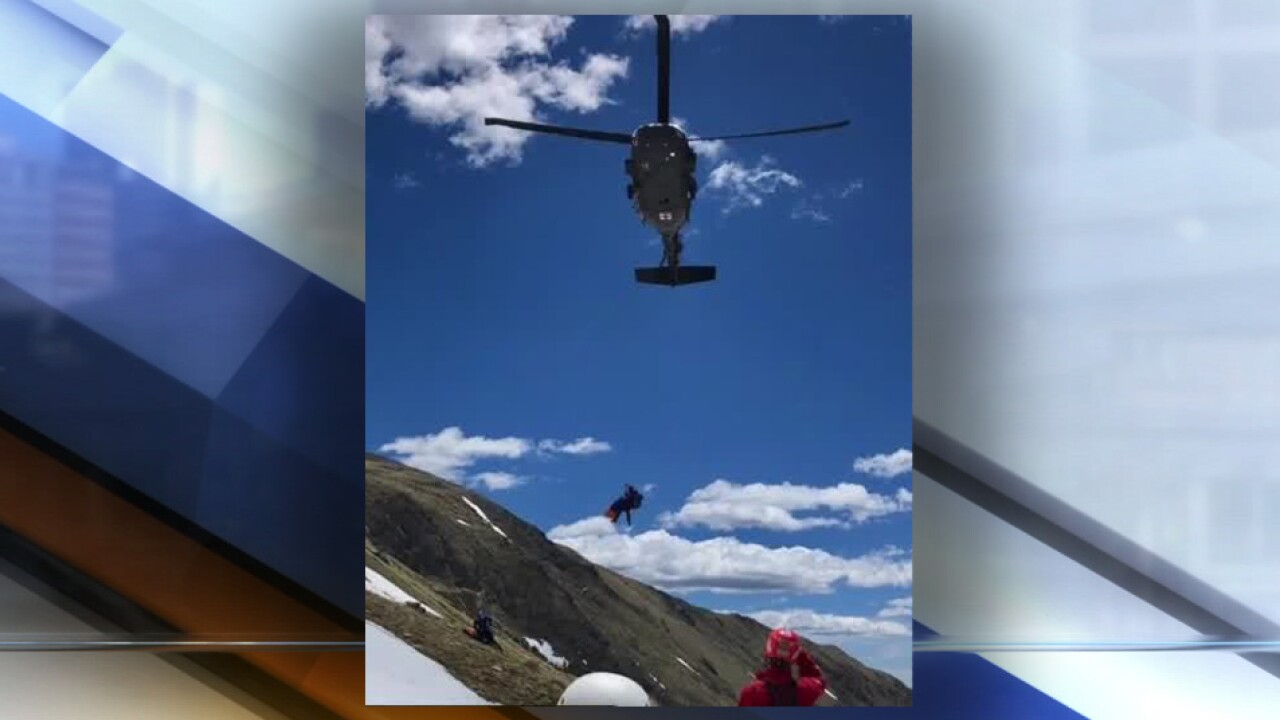 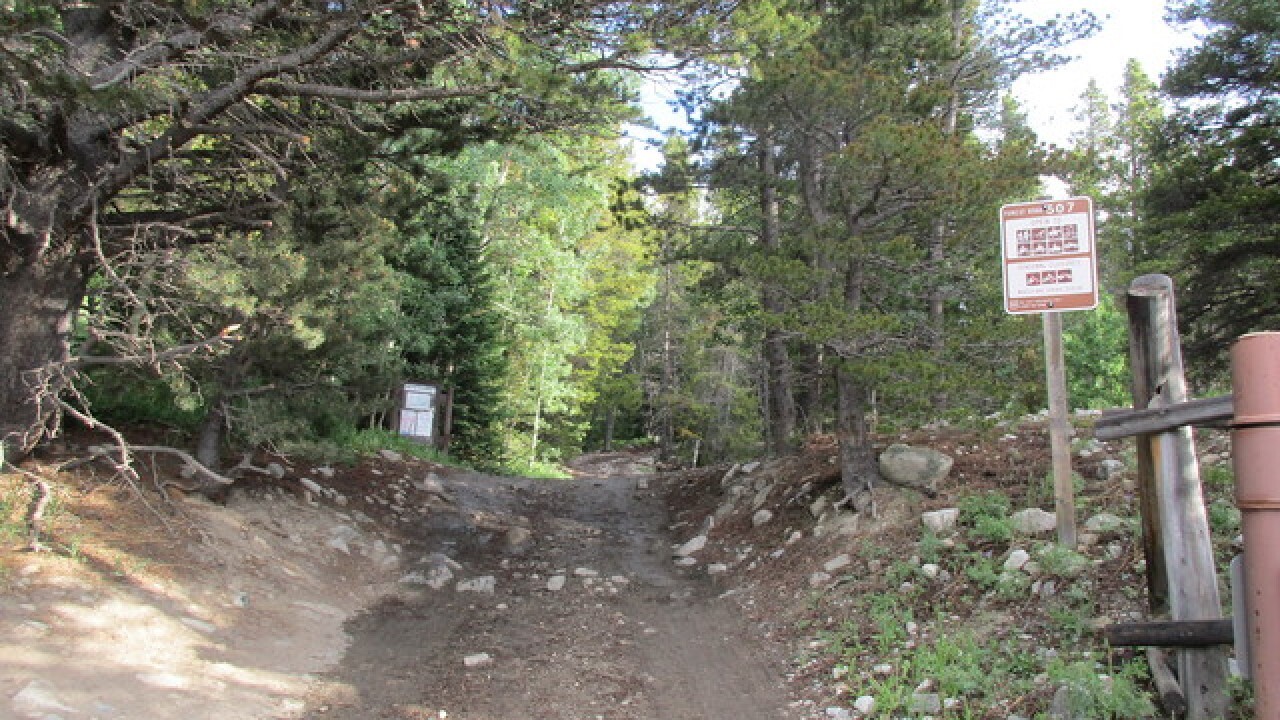 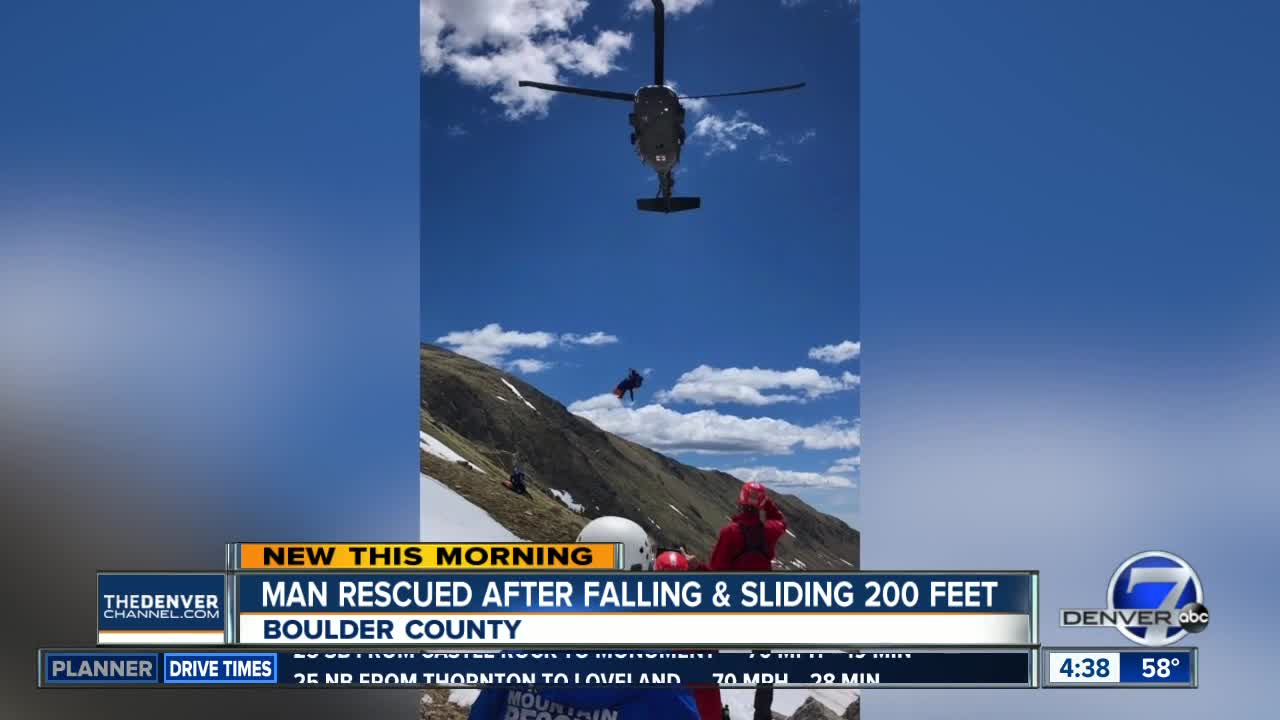 BOULDER COUNTY, Colo. — Multiple agencies teamed together Tuesday morning to rescue a man who had fallen in the Boulder County backcountry and was seriously injured.

Around 7:30 a.m. on Tuesday, the Boulder County Sheriff’s Office learned that a climber had fallen near the Fourth of July Mine and was unconscious.

The initial call came in from an emergency tool on the man's Garmin device. Rescuers later learned that the man was near tree line, about two miles from the trailhead. He had slid between 150 and 200 feet down a steep snow field and had serious life-threatening injuries.

The Colorado Search and Rescue Association coordinated the dispatching of a Colorado Army National Guard Blackhawk helicopter from the Buckley Airforce Base to head to the man's location. The helicopter picked up two members of the Rocky Mountain Rescue Group Rescue as well and flew them to the scene.

Once they located the man, a Nederland Fire Protection District paramedic led the efforts to stabilize him. He was then hoisted into the helicopter, flown out of the area, transferred to a Flight for Life helicopter, and taken to a hospital.

The rescue involved several different organizations and was challenging, given the steep, snow-covered terrain and remote location. It took rescuers about four hours from when they were dispatched to when the injured man was airlifted from the trailhead.

The man is in his early 30s and is from the Boulder area. He has several serious injuries.