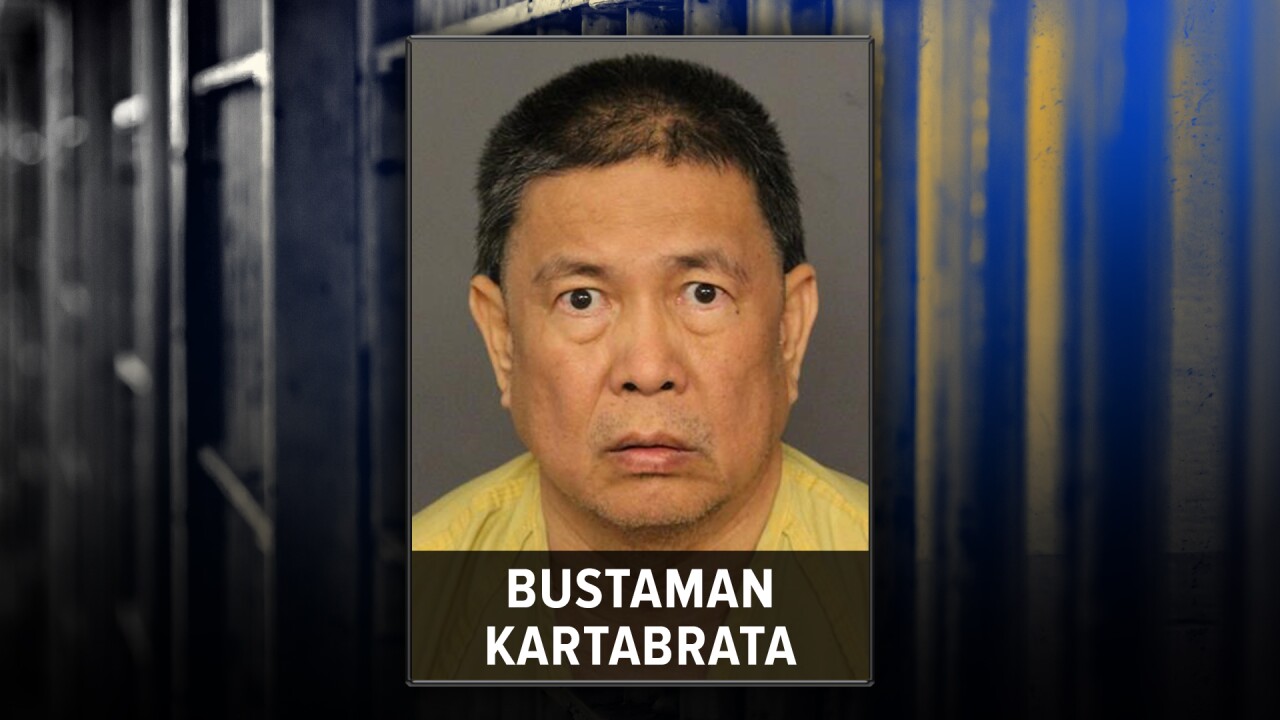 DENVER – The surviving 9-year-old boy in a family's triple homicide at their southwest Denver home last week told police that the suspect, his grandmother's husband, shot and killed his parents and then chased his sister, who was also fatally shot, according to an arrest warrant affidavit released Thursday.

Bustaman Kartabrata, 59, appeared in court Friday morning and was charged with three counts of first-degree murder, one count of felony menacing and one misdemeanor count of third-degree assault. He remains in custody at the Denver County Jail.

The shooting happened the night of May 23 at the victims' home in the 3000 block of Golden Way.

Joseph McDaniels, 48, Althea McDaniels, 37, and their daughter, Christine McDaniels, 11, were killed. The McDaniels' 9-year-old son and another grandmother living at the home escaped, police said.

The boy later told police that the family – which had recently closed on a sale of their home and was planning to move out of state – was packing up that night when Kartabrata and his wife, Joseph McDaniels' mother, came over, the affidavit said.

Kartabrata and the grandmother talked with the boy's parents in the living room, and Joseph McDaniels said they were selling the house and planning to stay in a hotel.

Kartabrata and the grandmother later left the home but stayed in their car outside as the family continued to pack, the boy told police. When the family was done packing, they went inside and locked the door.

Kartabrata then went and knocked on the door and said the grandmother left her purse inside the home, the boy told police, according to the affidavit. Kartabrata then pulled out a gun and started shooting, the affidavit said, shooting Joseph McDaniels first and then Althea McDaniels.

Kartabrata then chased Christine McDaniels upstairs, the boy told police. The boy ran out out of the house through a kitchen door and saw his other grandmother jump out of a second-story window.

The boy ran to a nearby apartment and asked to call 911. He reported that his mom, dad and sister had been shot.

Police arrested Kartabrata overnight at a home in northeast Denver. Police Chief of Investigations Joseph Montoya had said that Kartabrata knew the victims "very well," but his exact relationship to the family wasn't confirmed until the affidavit was released Thursday.