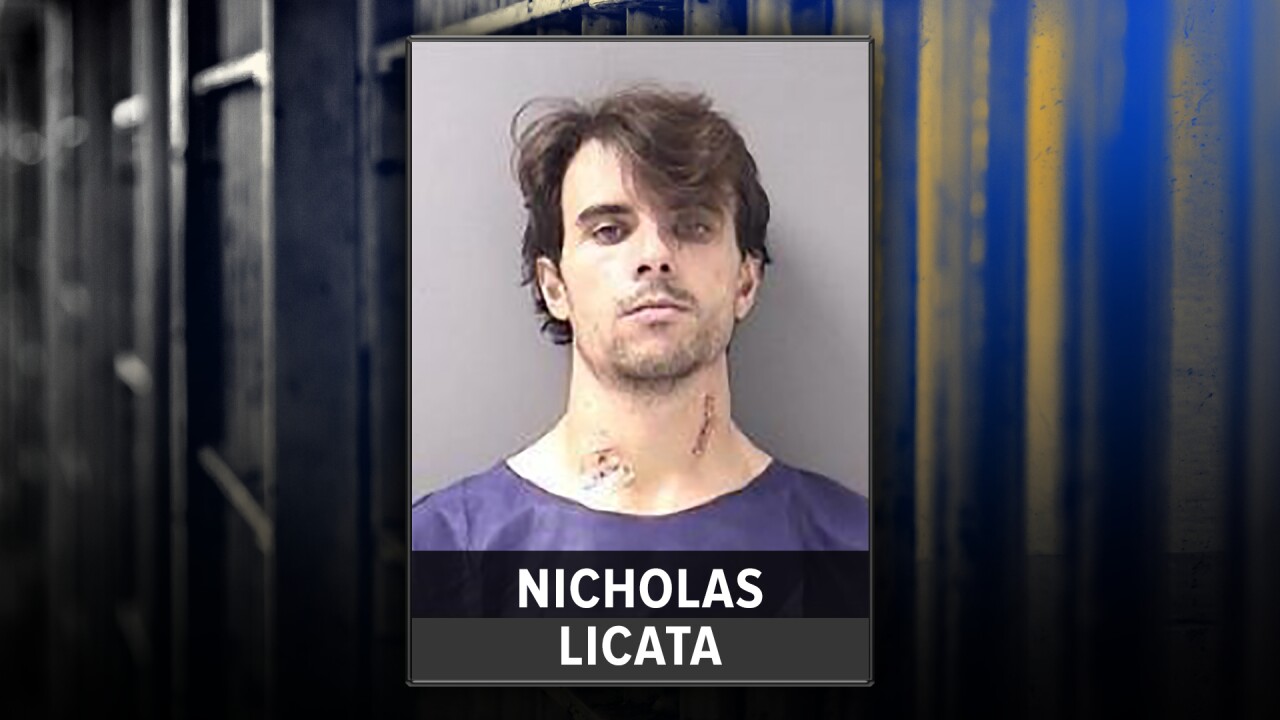 Copyright 2019 Scripps Media, Inc. All rights reserved. This material may not be published, broadcast, rewritten, or redistributed.
Nicholas Licata, 33, had his first advisement hearing Tuesday in a 17th Judicial District courtroom and is expected to be formally charged in the case at an advisement hearing scheduled for Friday.

BROOMFIELD, Colo. — Details surrounding the January murder of a 61-year-old Lafayette man has been minimal, but court documents released Wednesday by the 17th Judicial District is shedding a grim light on the Broomfield case.

Nicholas Licata, 33, was arrested on suspicion of first-degree murder for the death and dismemberment of his father, Frank Licata.

The murder took place Jan. 18 in Nicholas Licata’s Broomfield home, located in 100 block of Agate Way. A large knife or sword was identified as a possible weapon.

The victim’s body was found by the suspect’s family members who said it looked to be “missing a hand and foot,” according to an arrest affidavit.

Police arrived at the home after a 911 call made by Nicholas Licata’s uncle, who told the 911 operator that his nephew was “chopping up Frank,” the documents read.

Officers found Nicholas Licata in the house armed with a knife, police wrote in the affidavit. They ordered him to drop it, which he eventually did, but was tased for resisting arrest.

Police found Frank Licata’s body next to a sectional couch with garbage dumped on top of it, the document states. Police reported in the affidavit that a large amount of blood and blood splatter was seen on the walls and floor.

“Frank also had a large section of his right calf missing from his body,” the affidavit states.

Police have not shared a possible motive for the brutal murder. However, the document states that Nicholas Licata’s brother-in-law had received a call from his sister earlier in the day saying Nicholas was “having an episode,” and that she had removed Nicholas’ wife and children from the home.

Court records indicate Nicholas Licata continues to be held without bond after his court appearance. They also show that he has a preliminary hearing in the case scheduled for April 12.