Affidavit: Aurora man drunkenly ran over his brother, killing him 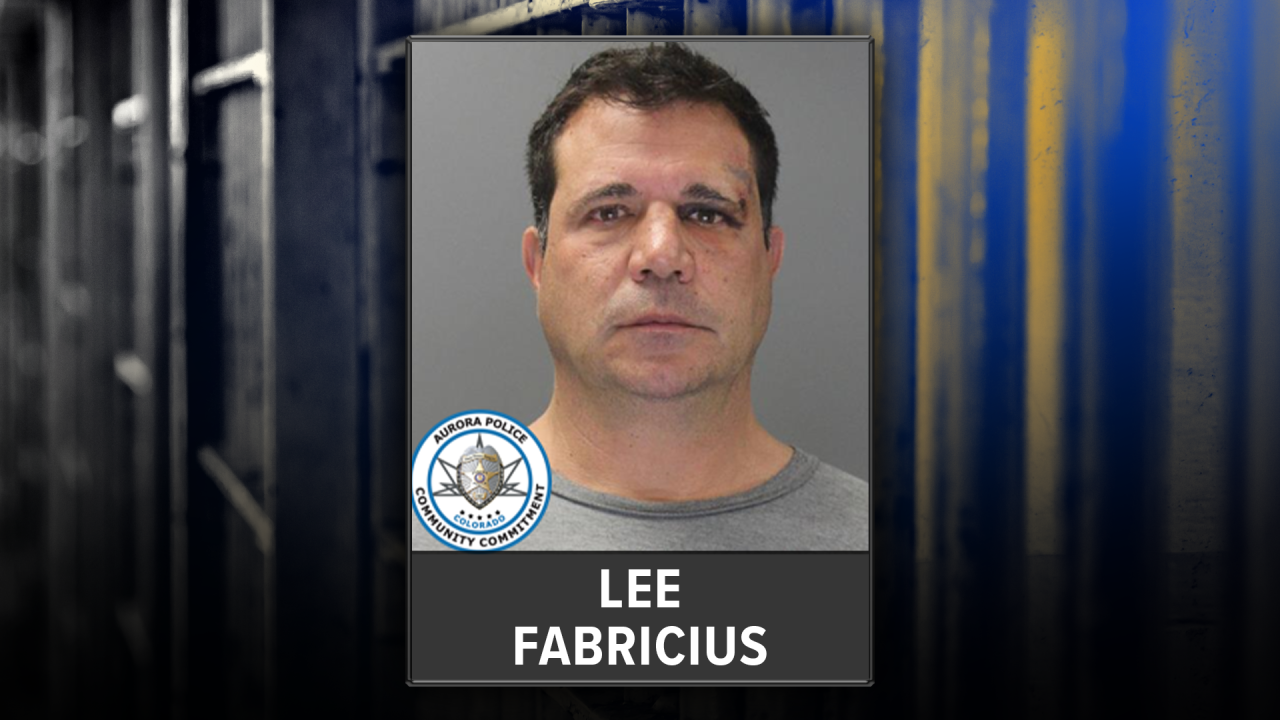 AURORA, Colo. – An Aurora man is accused of drunkenly driving over his older brother and killing him last month, according to a probable cause affidavit.

Lee Fabricius, 50, was charged with first-degree murder, vehicular homicide, driving under the influence of alcohol and careless driving resulting in death.

The crash happened about 11 p.m. on Sept. 24 along a neighborhood street in the 22700 block of East Heritage Parkway, southeast of the E-470 toll road.

Officers arrived and found Fabricius sitting on the tailgate of his Chevrolet pickup truck, which was wrecked in a yard off the street. As the officers began backtracking the path of the truck, they found Fabricius' older brother, Dale Fabricius, 60, dead in the yard, near where the truck came to a stop. The crash happened about two blocks from Lee Fabricius' home.

While officers talked to him, they "detected a strong odor" of alcohol, and his eyes were red and glossy and he speech was slow and slurred, the affidavit said.

The investigators determined that Fabricius was apparently heading east on Heritage Parkway before turning around and heading back west. He then hit speeds of up to 76 mph through the neighborhood when he went off the road and onto a sidewalk, striking his brother, crashing through a tree and a park bench and traveling another 100 feet, the affidavit said. The truck then crashed through a fence and hit more trees and landscaping before coming to a stop.

Police found no "obvious evasive measures...meaning the driver did not try to correct the vehicle, nor steer to avoid hitting Dale," the affidavit said. The affidavit did not say why Dale Fabricius was on the sidewalk when the crash happened. But detectives later searched his phone and learned that Lee Fabricius' friend had contacted Dale with concerns about Lee's drinking, the affidavit said.

Dale Fabricius had texted his brother about an hour before the crash, saying "You are so wasted tonight you didnt even recognize me" and warned him to stop drinking.

Lee Fabricius had told the officers he had two beers that day – one in the morning and one at night, the affidavit said, but later said he had the two beers in the afternoon.

When police searched his home, they found 12 empty bottles of alcohol, the affidavit said. Fabricius submitted a blood test, but no blood-alcohol level was listed in the affidavit.

He was formally charged in Arapahoe County on Oct. 3. A preliminary hearing is scheduled for Oct. 15.