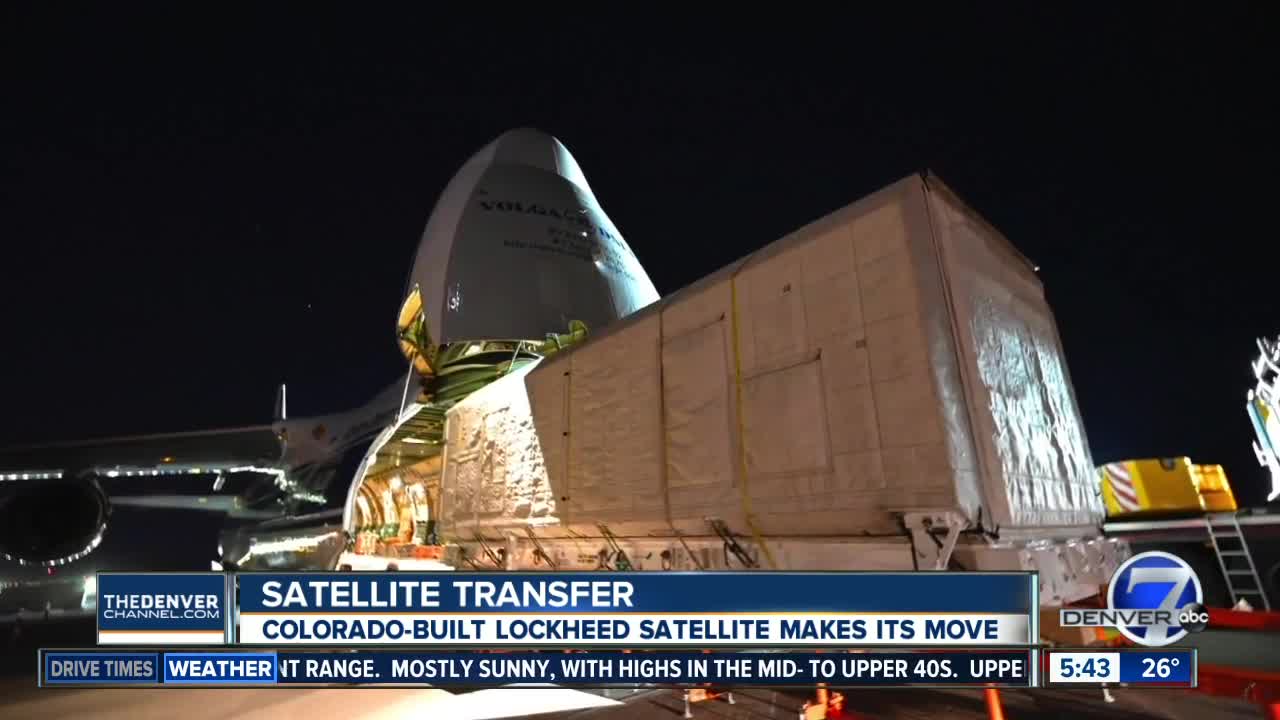 DENVER — On Wednesday morning, a massive cargo plane carrying one of the largest satellites in the industry took off from Denver International Airport to fly to South America.

The JCSAT-17 is the first mobile communications satellite built at Lockheed Martin's Waterton campus in Littleton.

It's not just really big — the JCSAT-17 is also one of the most technologically advanced and powerful communications satellites. Lockheed Martin built the satellite for SKY Perfect JSAT Corporation (SJC), a Japanese telecommunications company.

The satellite's flexible design will make it particularly useful in situations when cell phone communication is critical, such as during a natural or man-made disaster.

The satellite is so big that Lockheed Martin needed a particularly large plane — an Antonov, a Russian-built cargo plane — to carry it to the launchpad in French Guiana. The Antonov is the largest cargo plane commercially available. The plane will head from Denver to Orlando to refuel, then to French Guiana. The satellite is set to launch in about a month