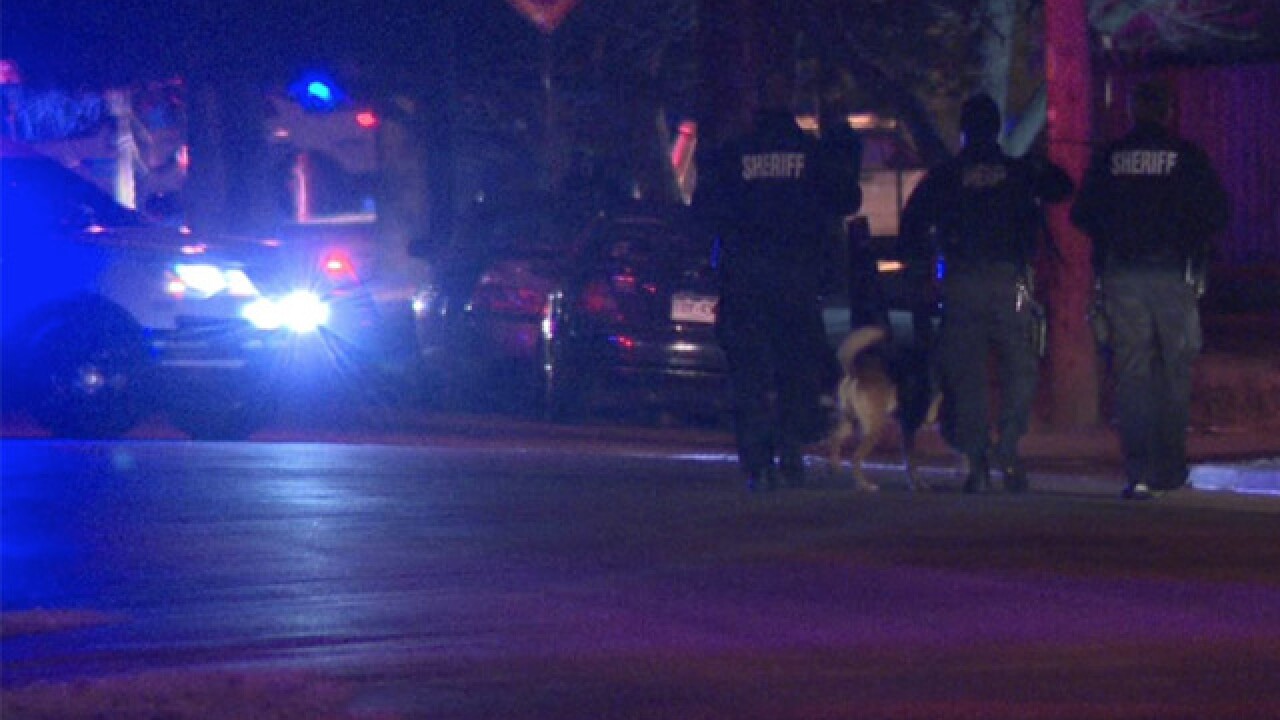 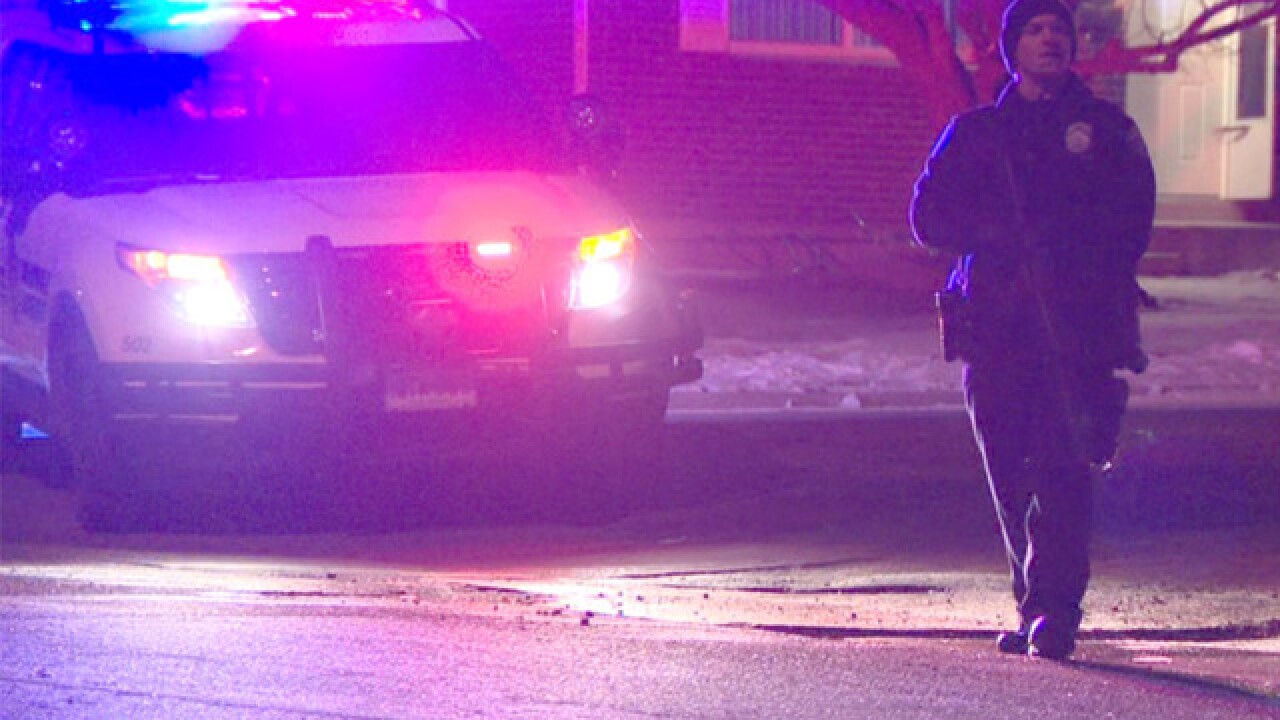 THORNTON, Colo. – An Adams County deputy who was shot and killed in Thornton Wednesday evening has been identified by the Colorado Police Officers Foundation, a nonprofit organization raising money for the family of the slain deputy.

The foundation identified the deputy as 32-year-old Heath Gumm, but the Adams County Sheriff's Office would not confirm the deputy's identity to Denver7.

The Adams County Sheriff's Office said that although a suspect had been taken into custody Wednesday evening, a manhunt was still underway for either two light-skinned black males or two dark-skinned Hispanic males dressed in all-black clothing, both wanted in connection with this deadly shooting.

The sheriff's office was responding to an assault in progress at around 7 p.m. when one of the deputies spotted a man matching the description for one of the suspects. The suspect then ran from deputies, leading them behind a house in that area. When deputies caught up to the man, the suspect pulled out a handgun and started firing at deputies, striking one of them in the chest. The suspect took off but was later found and taken into custody, according to a sheriff's office spokeswoman, who relayed the information during a late Wednesday evening press briefing.

The injured deputy was taken to Denver Health, where he was pronounced dead a short time later.

The sheriff's office is asking for anyone with information that could lead to the arrest of these two suspects to please call (720) 322-1313.

"The entire Sheriff’s Office is praying for the wife and family of our fallen deputy. Please continue to keep them in your thoughts and prayers as this is a very difficult time for everyone," the sheriff's office said in a statement.

Deputies are also asking the public to avoid the area of East 88th Avenue and Dawson Street as a large "dangerous scene with searches" was still in progress.

They also ask the public to seek shelter away from doors and windows.

Community on edge as shooting unfolded

Students, faculty and staff at the Regis University campus in Thornton, numbering about 100 people total, were on lockdown for about 30 minutes as the situation unfolded.

Update on the Thornton shooting. There are 100 people - students, faculty and staff - that are safe and locked in. @9NEWS @denverpost @KDVR @DenverChannel

The lockdown was lifted at around 9:51 p.m., according to a university official who reported the lockdown through Twitter.

According to a nearby Walmart employee who spoke with Denver7, customers inside the store got out and a few employees remained inside as police worked to search for the suspect. The employee, who did not want to be identified, said the doors at the store were locked and an alarmed had been turned on.

Gov. John Hickenlooper released a statement after learning of the shooting and death of the Adams County deputy:

“Tonight we watched as a community was on edge and a sheriff’s deputy was shot while responding to a call in Adams County. We are deeply saddened to learn that the deputy has died from injuries sustained in the shooting. Our thoughts and prayers are with the Adams County Sheriff’s Office and the family and friends of the deputy killed.

“The investigation is ongoing and authorities continue to work to restore calm to the area.”

The shooting marks the second fatal shooting of a deputy in Colorado in 25 days after Douglas County Deputy Zackari Parrish was ambushed on New Year's Eve 2017. This is the first deputy death in Adams County since 1999, according to the Officer Down Memorial Page.

A procession for the fallen deputy started at 12:35 a.m. Thursday from Denver Health in downtown Denver to the Adams County Coroner's Office in Brighton.