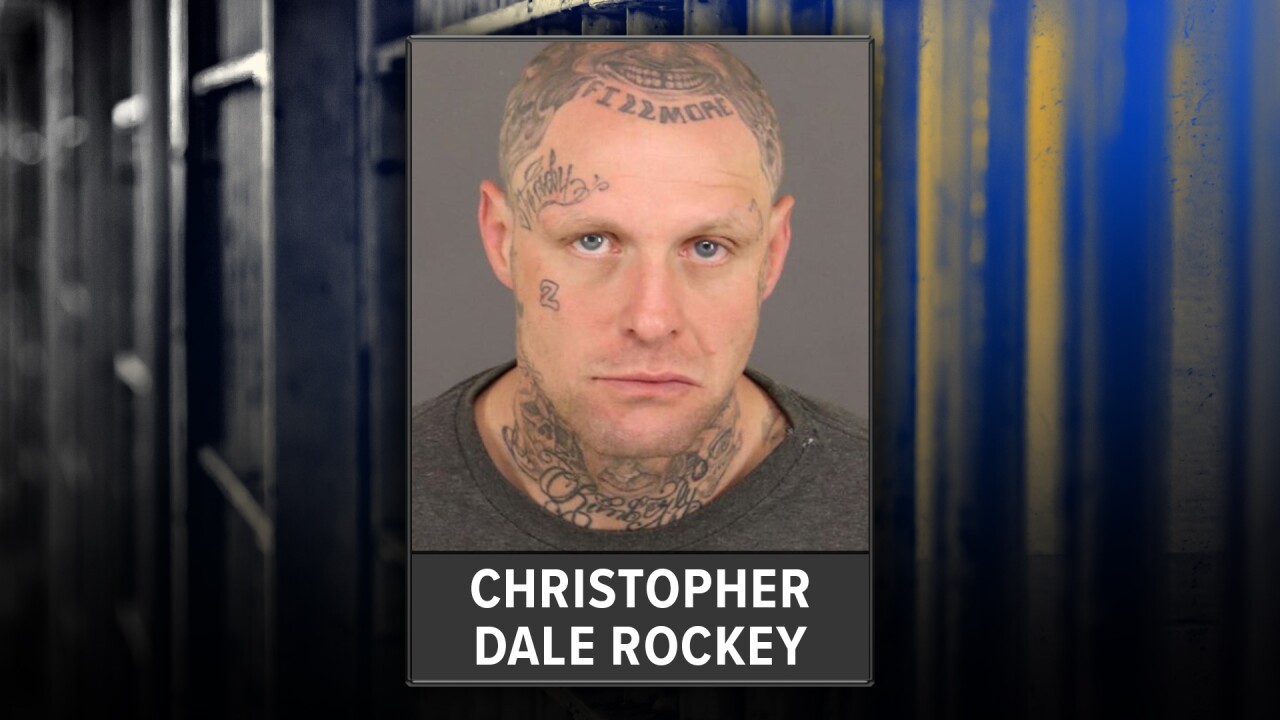 ADAMS COUNTY, Colo. — A 34-year-old Adams County man nicknamed "Monster" and "Dysfunctional Rockey" has been arrested after allegedly trapping a woman in a home for several weeks and assaulting her almost every day.

On Wednesday around 2 p.m., Adams County Sheriff's Office deputies responded to a 911 call regarding a domestic disturbance, which included a person who had been assaulted, along the 1600 block of Main Street in Strasburg. When deputies arrived, they found a woman with multiple injuries. She told them that the suspect, Christopher Dale Rockey — who also goes by the nicknames "Monster" and "Dysfunctional Rockey" — was inside the home and likely armed, according to the sheriff's office.

The Adams County deputies surrounded the home. Rockey refused to come out, so members of the county's SWAT team were dispatched to the scene. Rockey then surrendered without an incident, according to the sheriff's office.

Following an investigation, detectives learned that Rockey had locked the woman in the home for several weeks, and had been strangling and assaulting her almost every day. He threatened her with multiple weapons, according to the sheriff's office.

On Wednesday, the woman was able to escape and ran to a neighbor's home for help.

He is being held in the Adams County Detention Center.

No other information was available as of Friday morning.