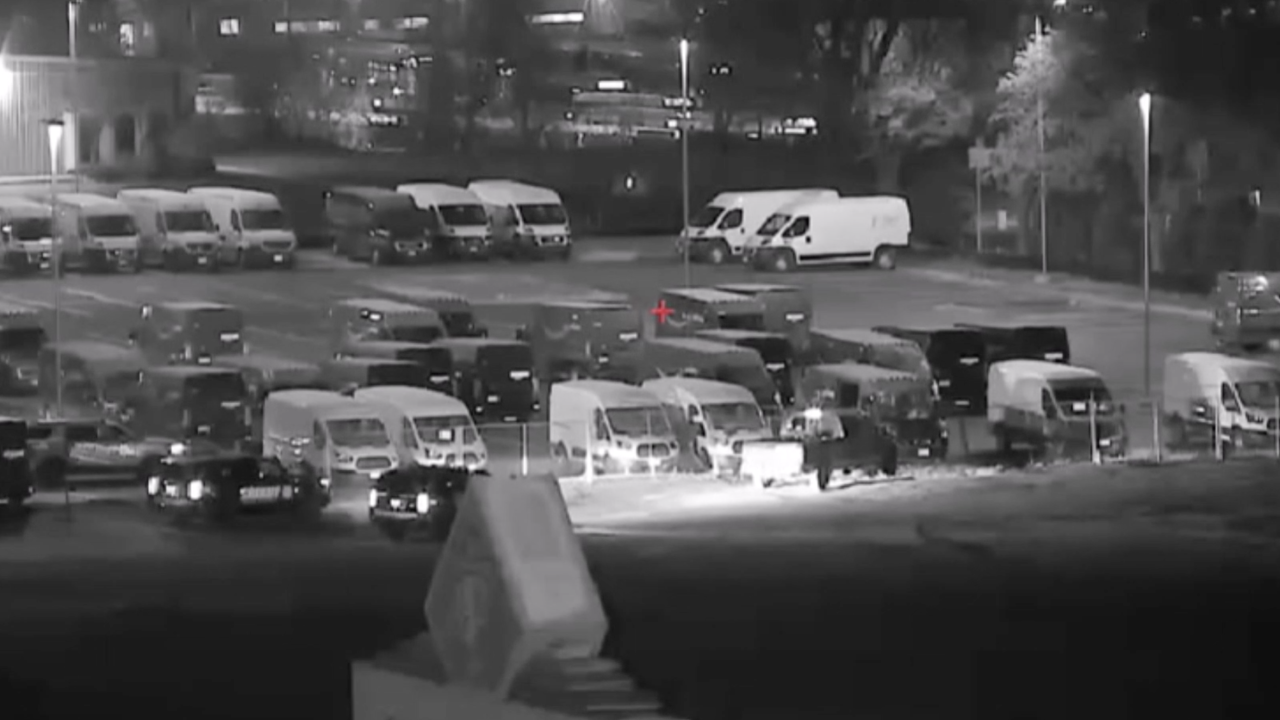 Editor's note: Authorities have clarified that the suspect struck just one police vehicle. The other vehicles belonged to residents.

ADAMS COUNTY, Colo. — Authorities in Adams County are searching for a suspect driver who allegedly rammed into multiple vehicles during a traffic stop before fleeing the scene. The suspect is now at large.

Shortly before 4:30 a.m. Friday, officers with the Thornton Police Department found a red Ford F-350 idling in the middle of the road around the 9700 block of Josephine Street, said Officer Jesus Mendez. Police ran the license plate and discovered the vehicle or plate had been stolen. Several other officers were called to the scene, Mendez said.

As police approached the vehicle, the driver woke up and threw the transmission into reverse, clipping one of the officers' vehicles, Mendez said. An officer was inside the car at the time, but was not injured.

“The vehicle continues to backup at high rate of speed and ends up hitting and collecting two more vehicles and dragging them," Mendez said.

Those two vehicles, which belonged to residents, eventually broke loose and the suspect continued to drive in reverse to York Street, where officers lost him, Mendez said.

The Thornton Police Department issued a BOLO for the vehicle, and deputies spotted it along Interstate 25, said Sgt. Adam Sherman with the Adams County Sheriff's Office. When they pursued the driver, the vehicle went off the road. The driver attempted to get back onto the interstate but wasn't able to, so he or she fled from the vehicle on foot, Sherman said.

Deputies are searching for the suspect now around 62nd Avenue and Broadway, including around an Amazon Prime parking lot. Some roads in the area are closed.