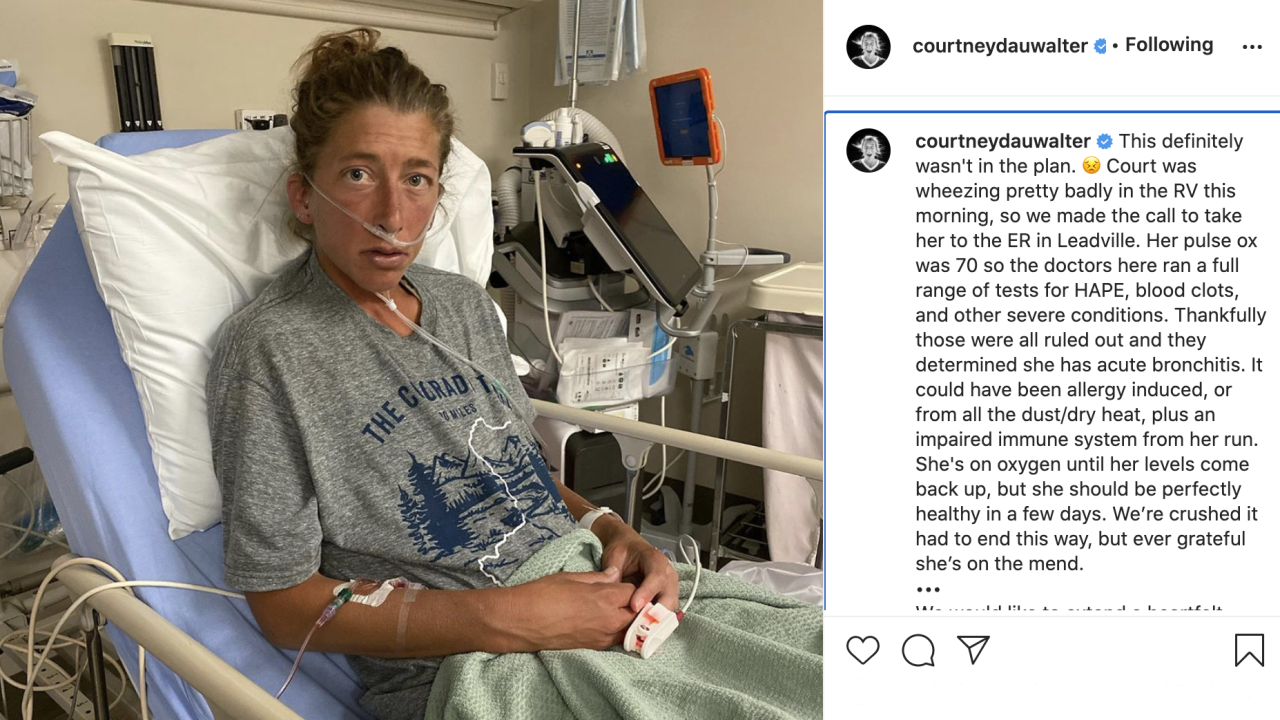 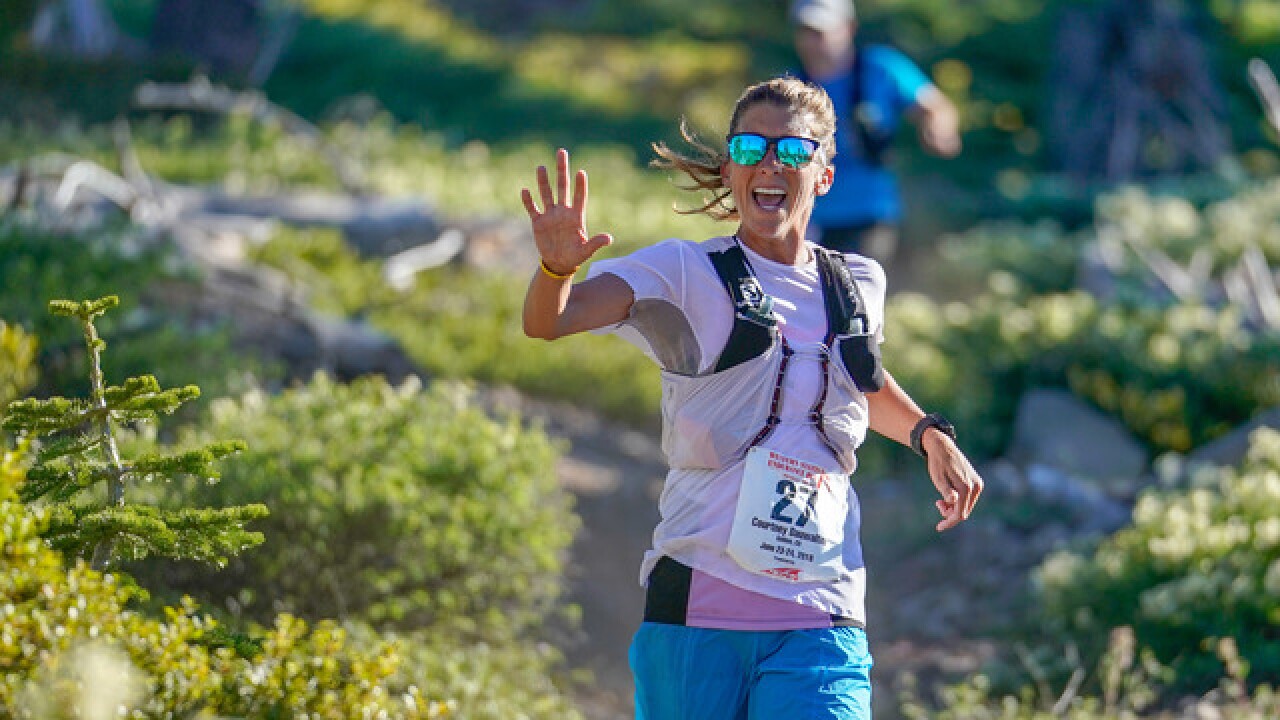 LEADVILLE, Colo. — Courtney Dauwalter's attempt to break a record along the Colorado Trail has ended — for now — due to acute bronchitis.

Dauwalter, 35, of Golden, had stepped onto the start of the Colorado Trail in Durango Wednesday at 2 p.m. with a goal to run the 486 miles to Denver in record time.

Her husband Kevin Schmidt wrote on her Instagram Monday around 6 a.m. that Dauwalter was wheezing in the crew's RV that morning, so her crew decided to take her to an emergency room in Leadville.

Her pulse oximeter was 70, meaning she needed supplemental oxygen. Doctors ruled out any severe conditions and determined she has acute bronchitis, Schmidt wrote. Doctors told them the bronchitis could have stemmed from allergies, spending hours in dust and heat, or an impaired immune system.

Dauwalter was put on oxygen Monday morning and doctors assured her she will be healthy again in a few days, Schmidt said.

She stopped running east of Twin Lakes after reaching mile 309 of the 486-mile trail in a little more than five days.

This definitely wasn't in the plan. 😣 Court was wheezing pretty badly in the RV this morning, so we made the call to take her to the ER in Leadville. Her pulse ox was 70 so the doctors here ran a full range of tests for HAPE, blood clots, and other severe conditions. Thankfully those were all ruled out and they determined she has acute bronchitis. It could have been allergy induced, or from all the dust/dry heat, plus an impaired immune system from her run. She's on oxygen until her levels come back up, but she should be perfectly healthy in a few days. We’re crushed it had to end this way, but ever grateful she’s on the mend. ••• We would like to extend a heartfelt thank you to everyone who followed along during Court’s CT attempt. Your cheers and kind words mean the world to us! Be well everyone. 🙏 -Kevin

"We’re crushed it had to end this way, but ever grateful she’s on the mend," he wrote on her Instagram.

He added that Dauwalter and her crew wanted to extend a heartfelt thank you to everybody who followed their journey.

"Your cheers and kind words mean the world to us," Schmidt said.

On Sunday afternoon, Dauwalter's crewmember and friend Mike Wilkinson said she had one or two pacers with her throughout her run. Wilkinson said he wasn't too surprised when Dauwalter first brought up the idea of trying to break the record on the Colorado Trail.

"I had known that this was an adventure she had thought about possibly trying, but I didn’t realize so soon," he said. "I’d say that was the biggest surprise, but even then the timing is right with all of the cancellations due to COVID-19."

Prior to the emergency room visit, he said he believed Dauwalter could break the record, but that it would be close as she neared the end of the trail in Denver.

Currently, Bryan Williams, 45, of Erie, holds the record from Durango to Denver. He completed the run in 2017 in eight days and 30 minutes. On Friday, he told Denver7 he believed Dauwalter was going to beat the record.

“What I know of Courtney, she’s got it,” Williams said Friday. “She’s one of the toughest female ultrarunners out there right now.”

After hearing the news early Monday, several world-class runners — including Ryan Sandes and Sally McRae — reached out to show their support for Dauwalter.

"So sorry to hear but you will be back," Sandes wrote. "Rest up and keep inspiring."

McRae said it was, and still is, inspiring to watch Dauwalter do what she loves.

"The past couple days were so awesome to watch ... and we’re stoked to keep watching for many years to come. Love you friend — hope your bed is comfy — what an amazing feat!" she wrote.