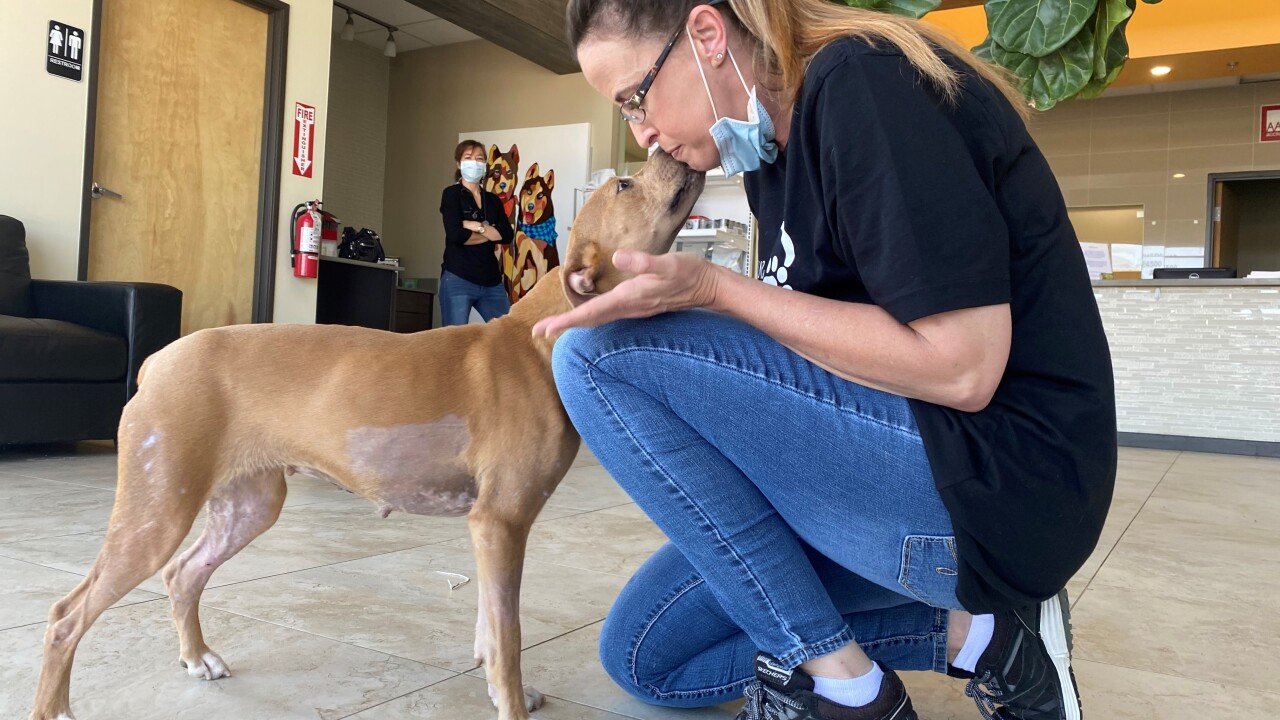 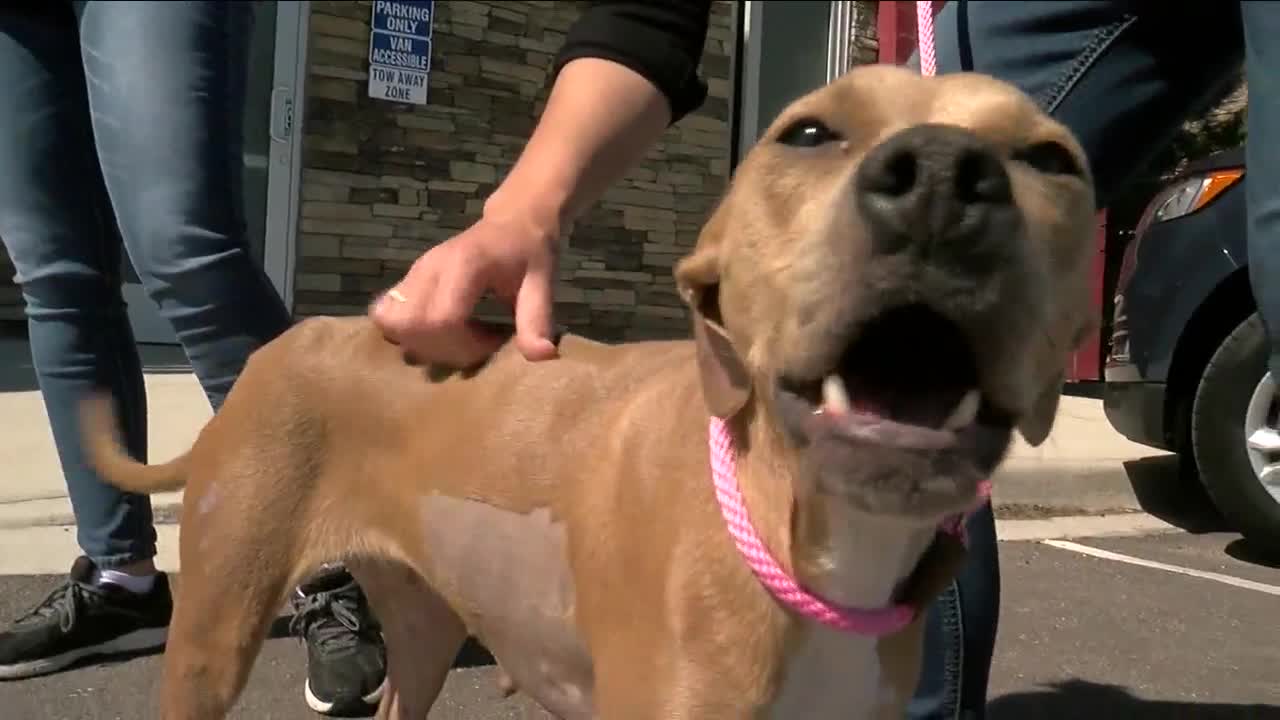 AURORA, Colo. — It might be hard to come up with one word to describe the dog named Annie. A few words her new owner Krissy Mosbarger have are "She is a survivor. She is a beautiful soul."

"She is an amazing creature. She has been overlooked and let down, but she is not let down anymore."

Annie was severely abused in Oklahoma, left for dead by her former owners. Her previous owner, Maranda Dawne Weber, was arrested Tuesday, on felony charges of animal cruelty.

Annie was pregnant when she was recovered and lost all ten of her puppies. Emergency responders thought she would not survive her first night.

"It was much more serious than we could have ever imagined," said Meaghan Bos, a veterinarian at Happy Tails Veterinary Center that has been caring for Annie. "Her wounds were horrendous."

But another word that Mosbarger and other use to describe is "fighter."

And Annie's struggles continue to pile up. Her traumatic pregnancy has let to severe internal bleeding in her reproductive system, causing new hemorrhaging.

"Annie is, for all intents and purposes, a ticking time bomb," said Mosbarger. "This thing is so rare. Nobody has treated it. Nobody knows how to treat it."

The team of volunteers at Pawsitive Restorations Animal Rescue have spent $16,000 so far on her recovery. Now they are working with veterinarians at Colorado State University to save her life all over again.

"I have had people reach out to me and say 'for $16,000, how many other dogs could you have helped?' And they are absolutely right," said Mosbarger. But, for her, "this dog reached into my soul."

As doctors gear up to fight another battle for Annie's life, they know they have tried their best and showed her the care she had never known before.

"She is an amazing dog. To lose her would be devastating," said Mosbarger with tears in her eyes. "Everybody would miss her greatly. But we would be comforted by the fact that this dog saw love."