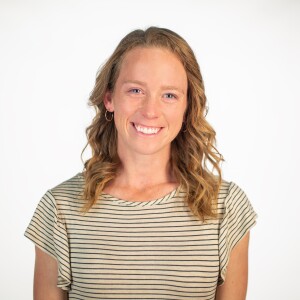 A look at how the number of abortions has changed over the years in Colorado, including the recent influx of out-of-state residents.

DENVER — The U.S. Supreme Court overturned Roe v. Wade on Friday morning, however access to abortions remains protected in Colorado — one of 16 states that has enshrined it into state law.

The SCOTUS decision Friday ended almost 50 years of constitutional protections for abortions in the United States. The 5-3 ruling came about eight weeks after the draft opinion was leaked.

According to the Associated Press, about half of the states in the U.S. are expected to pass abortion bans of varying severity. Thirteen states already have laws that ban abortion and about a half-dozen other states have near-total bans or prohibit abortions after six weeks of pregnancy, the AP reported.

Protests are planned on Friday evening in Denver.

Colorado decriminalized abortion care on April 25, 1967, six years before the SCOTUS legalized it nationally. It was the first state to do so.

Abortion rights in the U.S.: Life before Roe v. Wade

It remains one of the few states where a late abortion — meaning termination after 22 weeks — can be obtained. Since then, Colorado voters have consistently rejected initiatives to restrict abortions, most recently on Nov. 3, 2020, when voters rejected a ballot initiative that would have prohibited abortion after 22 weeks from the last menstrual period.

In early April 2022, Colorado Gov. Jared Polis signed HB22-1279, the Reproductive Health Equity Act, which guarantees abortion access and other reproductive rights in state statute. The law reads that state and local public entities are prohibited from interfering with a person’s right to continue a pregnancy, give birth, or have an abortion. This also included the fundamental right to use or refuse contraception.

The act also stated that "a fertilized egg, embryo, or fetus does not have independent or derivative rights under the laws of the state."

Sponsors said when they introduced the bill in March that it was written with the possibility that the Supreme Court could overturn Roe v. Wade. Republicans who opposed the bill pointed to their faith, personal beliefs and convictions as reasons to vote against the bill, and some mentioned their concern about late-term pregnancies.

Sen. Julie Gonzales, D-Denver, one of the bill’s prime sponsors, argued: “It’s time for Colorado to lead again, to get government out of this most fundamental of decisions, so whatever your personal belief, the decisions regarding your health care and your body are respected."

Polis signed the bill on April 4.

“In the state of Colorado, the very serious decision to start a pregnancy or end a pregnancy with medical assistance remains between a person, their doctor and their faith,” he said during the bill signing in April. “…As the federal legal landscape further evolves, Colorado can now continue to assure our residents that the very intimate right to choose how and whether to proceed with family planning and pregnancy can continue as it has been protected at the state level. Because in Colorado, we truly respect individual rights and freedom.”

Abortion rights advocates are planning a 2024 ballot initiative to add abortion rights to the state constitution and repeal a 1980s constitutional amendment that bans public funding for abortion, according to the AP.

How will this affect Colorado?

While Coloradans continue to have legal and safe options to abortions, and the Roe v. Wade overturn won't have an immediate impact on the state, this move will put pressure on clinics offering abortions. Colorado has already seen an uptick in people from out-of-state traveling in for the service.

According to data from the Colorado Department of Public Health and Environment, people receiving abortions in Colorado jumped to a five-year high in 2021. Nearly 14% (1,560 of 9,949) of people who received abortions here last year came from out of state, up from 13% in 2020 and 11.3% in 2017. The AP reported that more than 900 of those people who came to Colorado for an abortion in 2021 were from Texas, Wyoming and Nebraska.

After Polis signed the Reproductive Health Equity Act in early April, Margie Andersohn, practice manager for Health Futures for Women in Englewood, told Denver7 that Colorado is seeing an influx of people from Texas, Kansas, Oklahoma, Georgia, New Mexico and Wyoming seeking abortion care in Colorado. Some of the patients are driving from far away and sleeping in their cars as they wait to access abortion care in Colorado, she said.

Dr. Rebecca Cohen, a physician and the medical director of Comprehensive Women’s Health Care in Denver, said some days, 20% of her patients are from Texas. She told Denver7 she's also bracing for a tsunami of additional patients.

Patients who are further along in their pregnancies or who are traveling from out of state and facing significant costs for the travel, time off work and hotel stay, are being prioritized by some of these clinics, which may delay less urgent cases in Colorado.

READ MORE: Abortion in Colorado by the numbers

The AP reported that it's impossible to predict how many more people will seek abortion help in Colorado following the SCOTUS decision Friday.

In addition, the AP analyzed statistics that found the ruling is expected to disproportionately affect minority women who already face limited access to health care. Below are some of the findings:

Laurie Bertram Roberts, executive director of the Alabama-based Yellowhammer Fund, which provides financial support for women seeking abortion, told the AP if abortions are outlawed, those women — who are often poor — will likely have the hardest time traveling to distant parts of the country to terminate pregnancies or raising children they might struggle to afford.

Colorado Congresswoman Diana DeGette, the co-chair of the House Pro-Choice Caucus, and representatives for Planned Parenthood of the Rocky Mountains and Cobalt, a pro-choice group, said in early May that federal protections were needed to not further socioeconomic and racial disparities that already affect women seeking abortions and other reproductive health care.

As a result of Friday's decision, some Americans now fear Roe's overturning could threaten other high court decisions. Justice Thomas wrote a separate opinion Friday where he called on SCOTUS to also revisit decisions that legalized same-sex marriage, contraception and sex acts between consenting adults.

Where are abortions available in Colorado?

Planned Parenthood of the Rocky Mountains, which covers Colorado, New Mexico and Southern Nevada, provides care for about 92,000 people each year. It offers an abortion pill for up to 11 weeks after the start of the last menstrual cycle and in-clinic abortions for up to 22 weeks after the cycle. Both methods are available by appointment only, which can be made online or by calling 303-321-2458.

Abortions are also available at many other medical clinics statewide. Click here for the Abortion Finder.

According to the Colorado Judicial Branch, a person under the age of 18 seeking an abortion can obtain one with or without parental or guardian permission. The court's website outlines the necessary steps and paperwork. Planned Parenthood offers help for teens who are struggling to talk to their parents.

In the SCOTUS 2000 decision in Hill v. Colorado, the court upheld a law in Colorado that forbids approaching another person within eight feet if they are within 100 feet of an abortion facility.