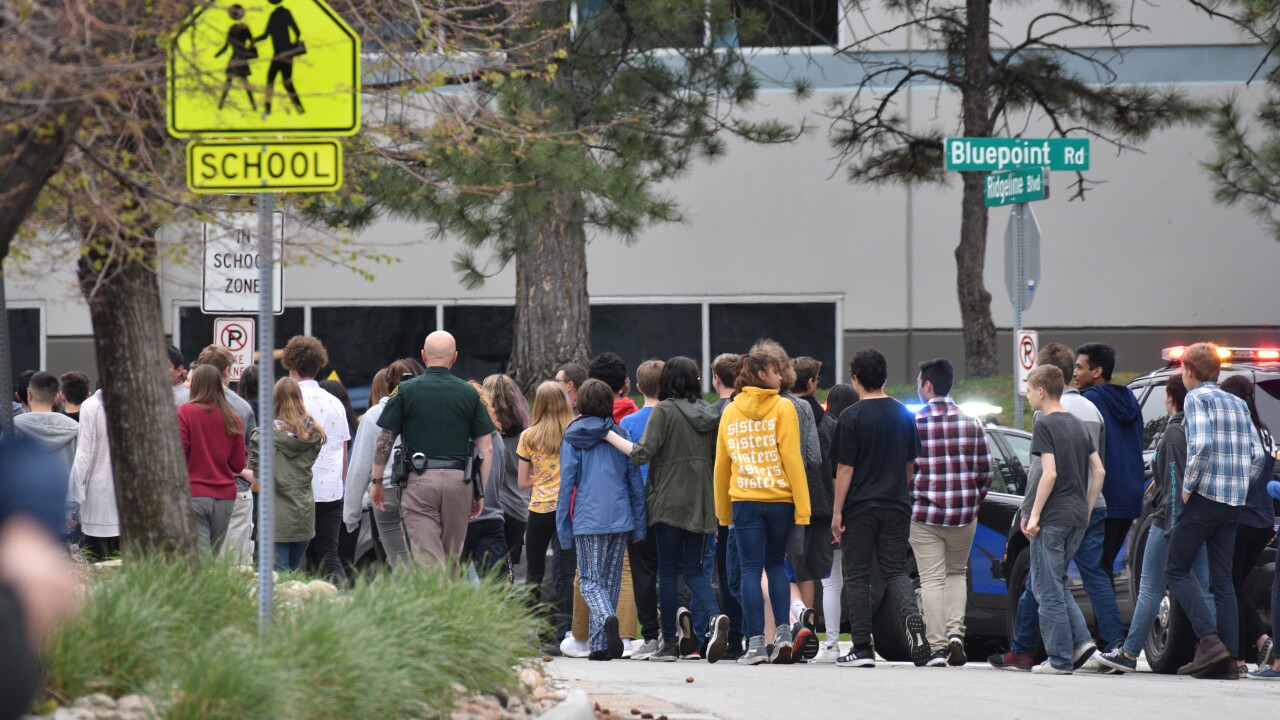 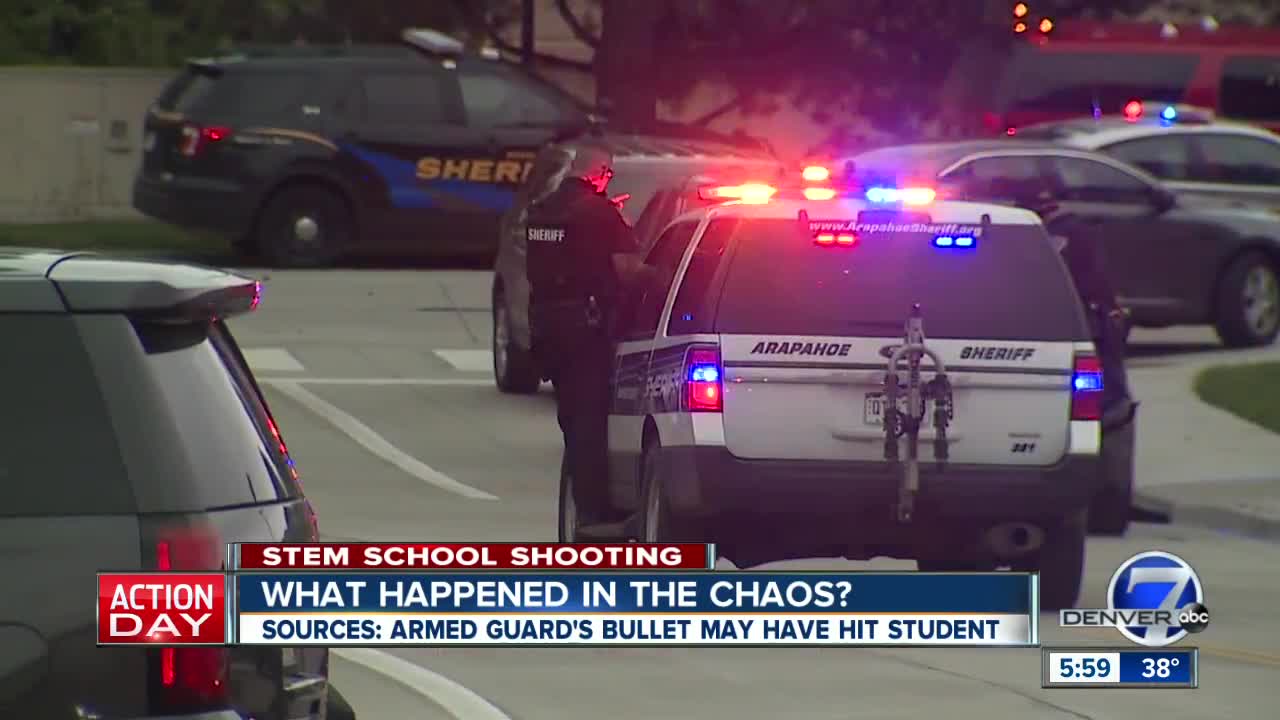 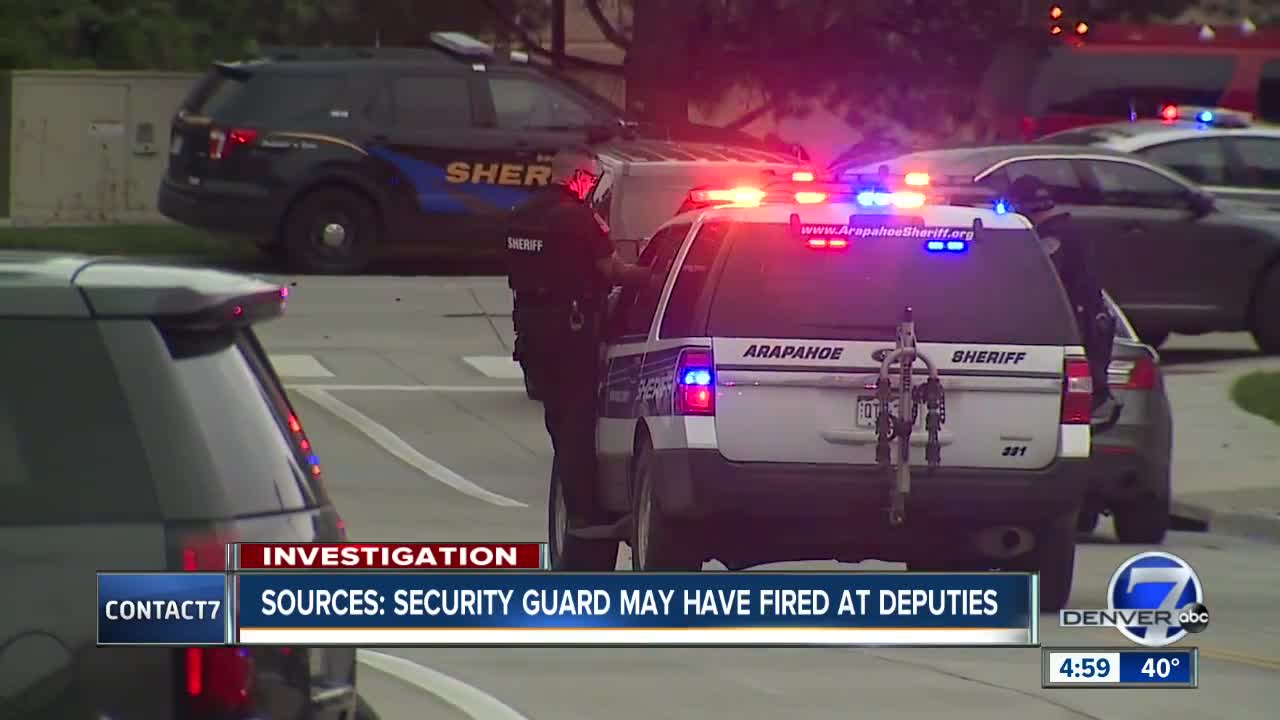 HIGHLANDS RANCH, Colo. — Shortly after a deputy rushed into Highlands Ranch Colorado STEM school Tuesday afternoon in response to an active shooter, he ran back out of the school and told his superior the school security guard had fired at him, a high-ranking source close to the investigation told Denver7.

ABC News first reported that investigators were trying to figure out how and why the security guard had fired at the deputy, and whether it was a mistake. A high-ranking source has confirmed this to Denver7. Authorities are also investigating if the guard accidentally shot an innocent student as the scene unfolded Tuesday.

Eight students were injured and one student, 18-year-old Kendrick Castillo, was killed after two gunmen entered the school shortly before 2 p.m. on Tuesday. As of Wednesday evening, two students remained in the hospital — one was in fair condition and one was in good condition.

The school does not have a school resource officer, but does employ private, armed security through BOSS High Level Protection. Robert Burk, the attorney for the security guard, said his client is a highly trained Marine Corps veteran who worked for the Jefferson County Sheriff’s Office for four years.

A second high-ranking source said video surveillance from the school doesn’t show who was struck by the gunfire. They told Denver7 that investigators have learned the gunmen were in two different rooms and the security guard only knew where one of them were. The guard may not have known who was arriving to help, who was a suspect and who was an innocent student, the source said. The guard may have shot two rounds near SWAT teams.

At a news conference on Wednesday, Douglas County Sheriff Tony Spurlock said he believed the guard had restrained one of the suspects when deputies got to them.

The second anonymous high-ranking source said one of the bullets that struck the student did not come from a gunman’s firearm. Authorities are now investigating whether or not that bullet came from the security guard’s firearm or another deputy.

The student’s condition is not clear, according to ABC News.

Burk said he knows the guard did everything he could to protect the children.

“When he heard what was happening over the radio, he ran to the site of the incident and he took every action he could to protect the children," he said.

He said he could not elaborate because of the ongoing investigation.

“From what I've talked to him about — his response was everything you could expect from a security guard,” Burk said.

The situation was a little confusing, he said, since no single person had all the information. To his understanding, the guard did take down one of the shooters and helped to resolve the situation without further bloodshed or loss of life, he said. He said he doesn't have any information on if the guard fired a weapon at a child, but has no reason to believe that.

"I know that my client is a hero and I know that he did everything in his power to protect the kids, and the staff and the faculty that he knows and works with every day,” Burk said.

He couldn't say if the guard had been interviewed by police, but does not expect charges to be filed against the guard.

"Like I said, he did everything he could to protect those kids but as to the mindset of the DA or the police I just don't know."

The school’s security officer is employed by BOSS High Level Protection. Burk said the company does a lot of training for general security and active shooter situations.

The company’s CEO, Grant Whitus, said he was unaware of reports his employee may have fired at a deputy and possibly hit a student.