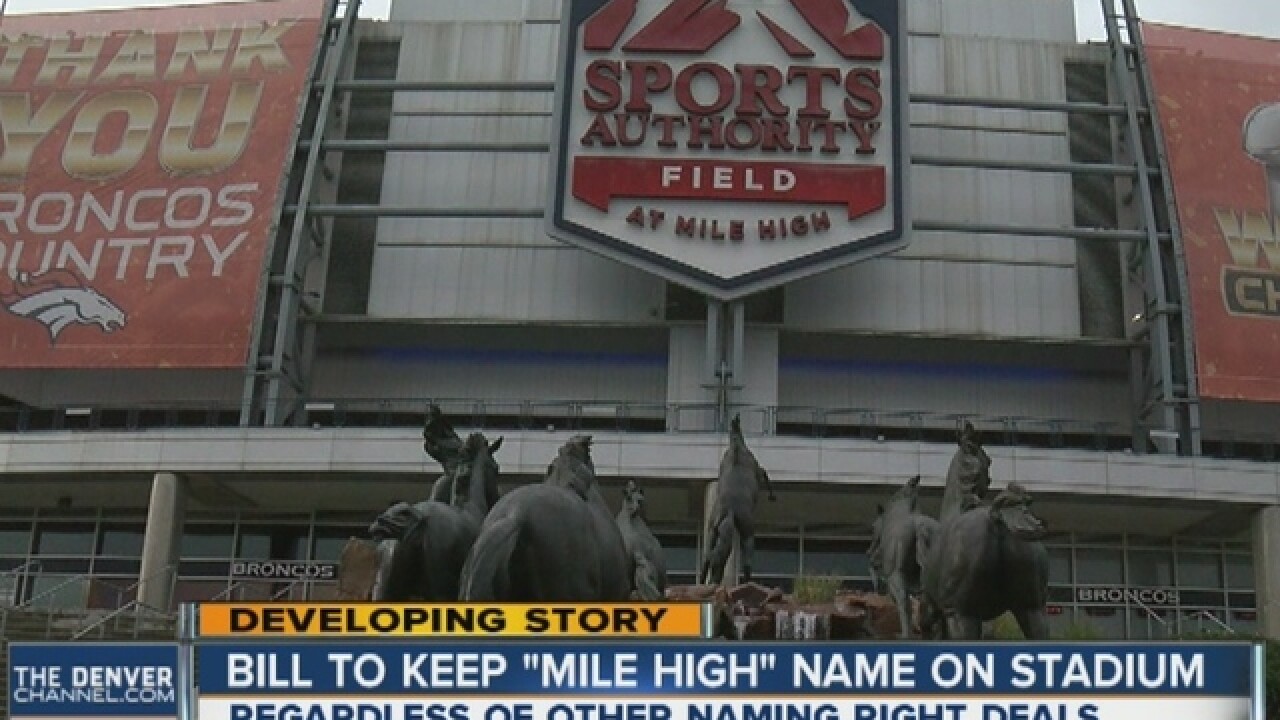 The phrase Mile High resonates with every Broncos fan.

Mile High stadium is what many fans know as the name of the stadium.  If Democratic state representative Dan Pabon gets his way, the popular name will stay for good.

“We are the Mile High City,” said Rep. Pabon.

Pabon introduced House bill 1455, which would require any future sale, lease, or other agreement to provide that the name of the stadium contains the words "Mile High."

“We want to make sure our tradition and history is preserved by keeping mile high part of the stadium,” said Pabon.

The proposal comes after Sports Authority filed for bankruptcy, leaving the fate of the sponsorship up in the air.

But not all fans are as attached to the name.

"I think they ought to name it whatever they want to. I think people need to move on and get over the loss of the Mile High name," said Broncos fan Mike McPhail.