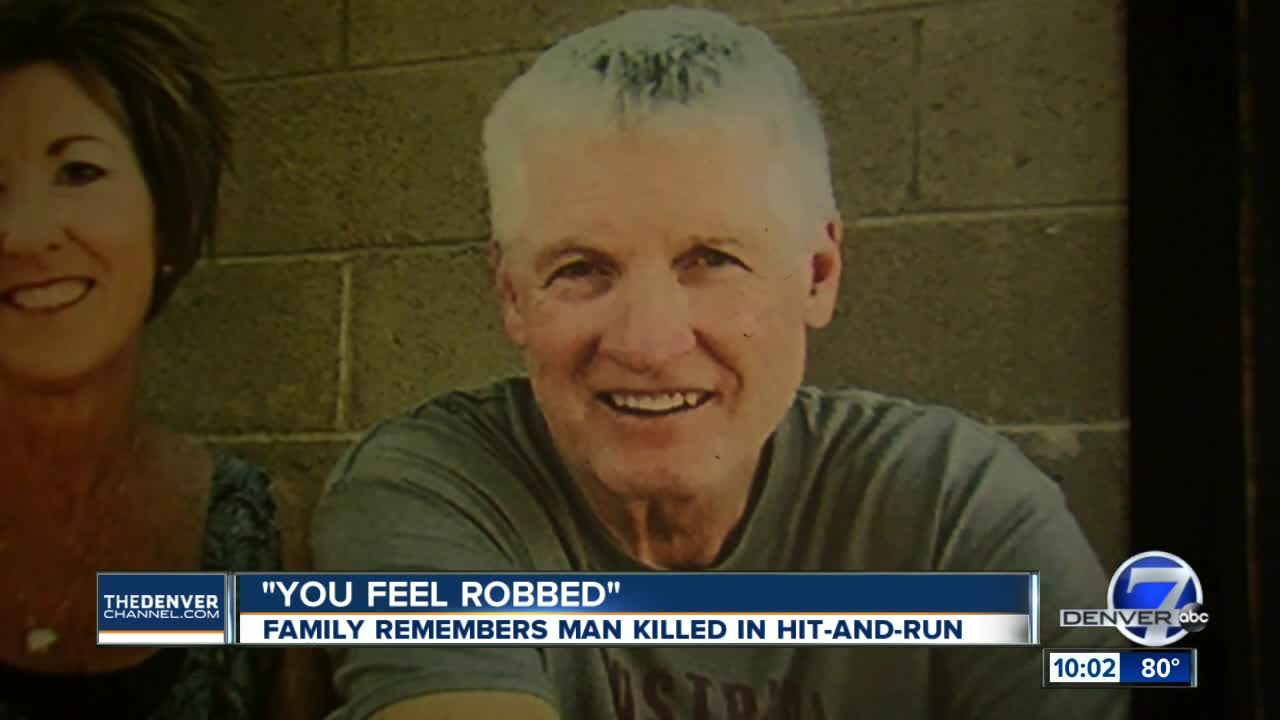 PARKER, Colo. -- Sitting inside of her Parker home, Teri Vogel said she and her husband Edward “Chuck” Vogel were life partners.

“We met in high school and dated for about 5 and a half years, got married, been married for 40 years, would be 41 in August," she said.

Their time was cut short after Chuck went on one of his usual bike rides through the neighborhood the morning of July 4.

“He probably left the house a little before 6:30 and left me a little note of the microwave like he always does when he leaves somewhere before I get up," she said.

Later than morning, Teri said she got a call from the hospital.

“I got a phone call from Parker Adventist at 6:50 a.m. saying that my husband was in the ER and asked me if he had been on a bike ride that morning," she said.

The Douglas County Sheriff’s Office said Chuck was hit while riding his bike near Core Knowledge Charter School. They said they obtained pictures of the car but have not found the driver.

Teri said she feels like their time with Chuck was stolen.

“Very heart breaking to think you worked so hard for so long and that you didn’t know you were going to lose this time together," she said. "You feel robbed, you feel cheated."

This year, Chuck would have been a grandfather for the first time. Family members said he would have made an amazing grandfather.