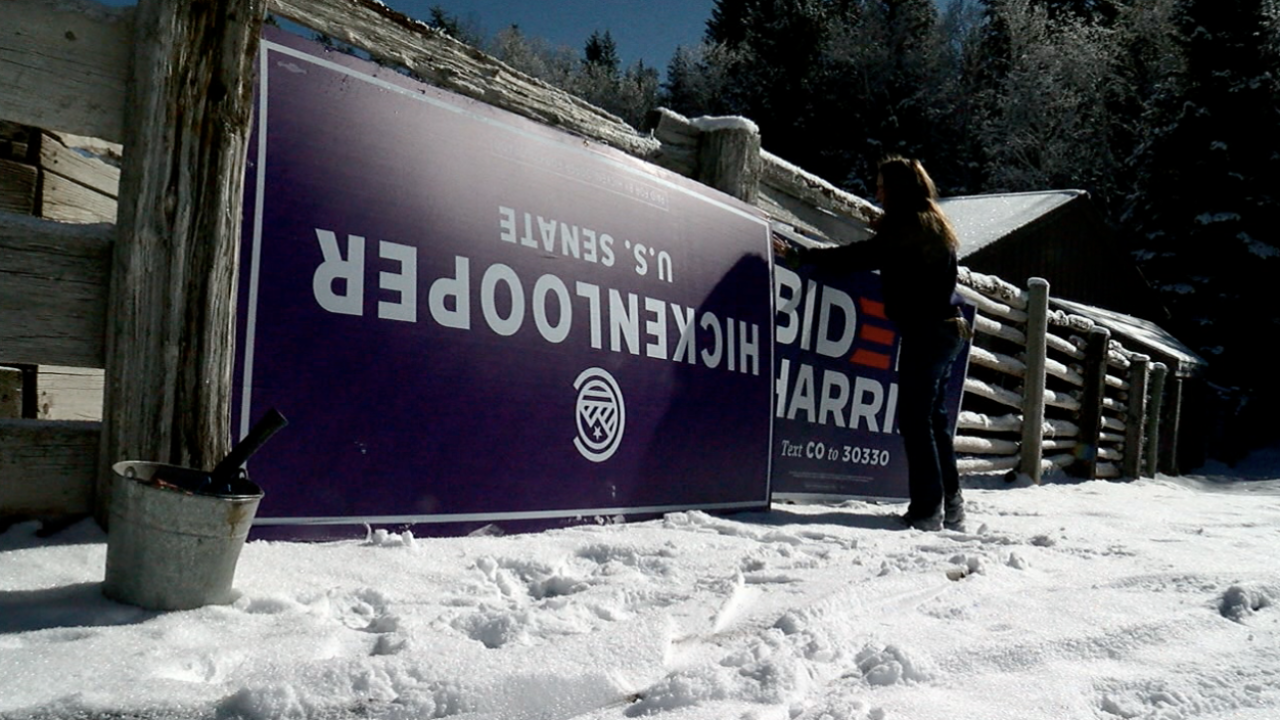 Sen. Kerry Donovan gets ready to nail some old campaign signs to a fence on her ranch to provide a windbreak for her cattle during the winter. 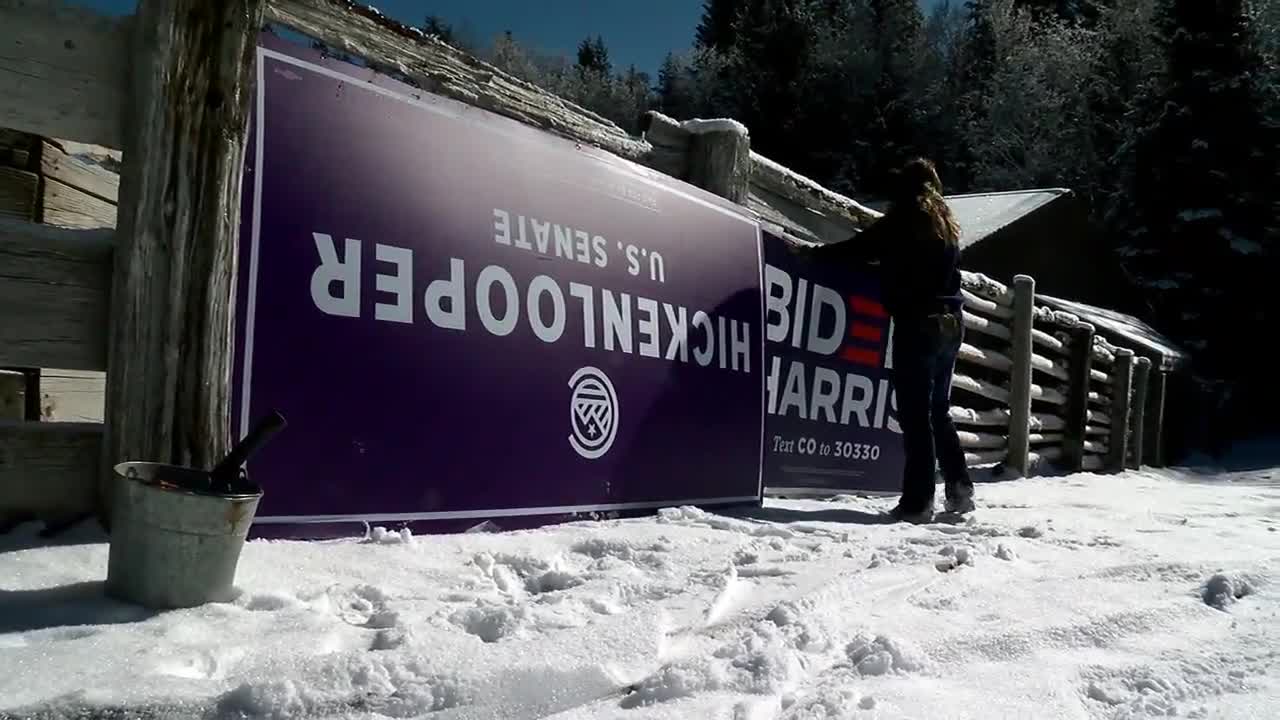 EAGLE COUNTY — Now that the 2020 election is finally done in Colorado, many people are throwing away or recycling the campaign signs that adorned their yards, barns, fences and homes.

The signs advocated for different candidates or issues on the ballot and many are simply out of date now that the election is over.

However, one ranch outside of Edwards is finding a way to give those old signs a new life. Kerry Donovan is a state senator and a rancher.

On her family’s ranch, you’ll find cattle, horses, mules, chickens and a vivacious dog named Gary who often accompanies Donovan to the state capitol for work. When you work on a ranch, you know how to be resourceful.

For years, Donovan has used the old barn signs from her campaign in 2014 around the ranch to build shelters for the animals during the winter and more.

“After the end of the campaign cycle, being a candidate myself I know that there are always those couple of yard signs hidden in the back of the office that never found a home,” Donovan said.

Donovan considers herself a conservationist, saying recycling is great but reusing and repurposing things is better. She only has two of her signs left from 2014, the rest she’s reused so many different times in so many different ways they outlived even their usefulness.

So, after the election ended, she put out a call on Twitter asking for people to donate their old signs.

“I got a couple calls almost immediately from the Hickenlooper campaign and from the Biden campaign saying they had a stash in Denver,” Donovan said.

So far, she’s gotten about 20 signs donated to her ranch, mostly from Democrats, but she says she isn’t picky.

Donovan is a Democrat but noticed this year Republican signs were out in full force. Each time she saw a sign while driving around, instead of necessarily seeing a candidate, she saw an opportunity.

“I’m like, ‘Oh the Republicans are really on their barn sign game this year. I need to call the county chair and see what’s going to happen with all those,’” Donovan said. “The ranch is non-partisan so we will take Republican signs too.”

Donovan spent part of her day Wednesday hammering the signs to the fence of a pen where a bull named Badger is staying for the winter.

“This will be a windbreak for him for the winter probably won’t leave these up after the snow melts, but this just gives him a little bit more protection because the winds come down the valley here in the winter,” Donovan said.

There was even a time Donovan built a makeshift shelter out of the signs for a newborn calf to keep it warm when a winter storm was moving in.

The smaller yard signs have been used to protect her vegetable garden from the wind or a few times as a temporary dam to push water away from a particular area.

“I feel like I should be on a commercial for using barn signs at this point,” Donovan joked.

The signs are made of plastic so they can withstand the Colorado sun and winter winds.

Donovan also likes the fact that they’re light so she can haul them around and put them up without needing help since she works alone on the ranch most days.

Campaign signs usually have a short life in politics, but at least one ranch has found a way to bring them new life that sometimes lasts longer than the political careers themselves.

“I mean this might live on my ranch for 10 years,” Donovan said.