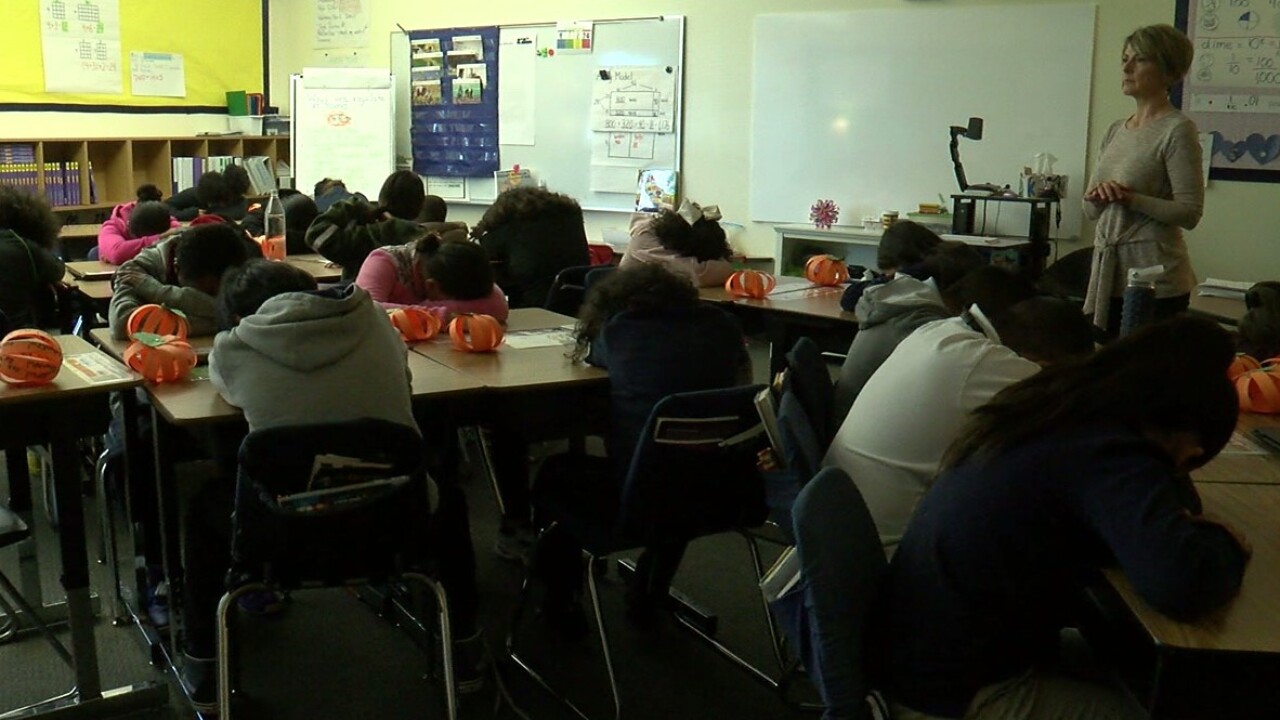 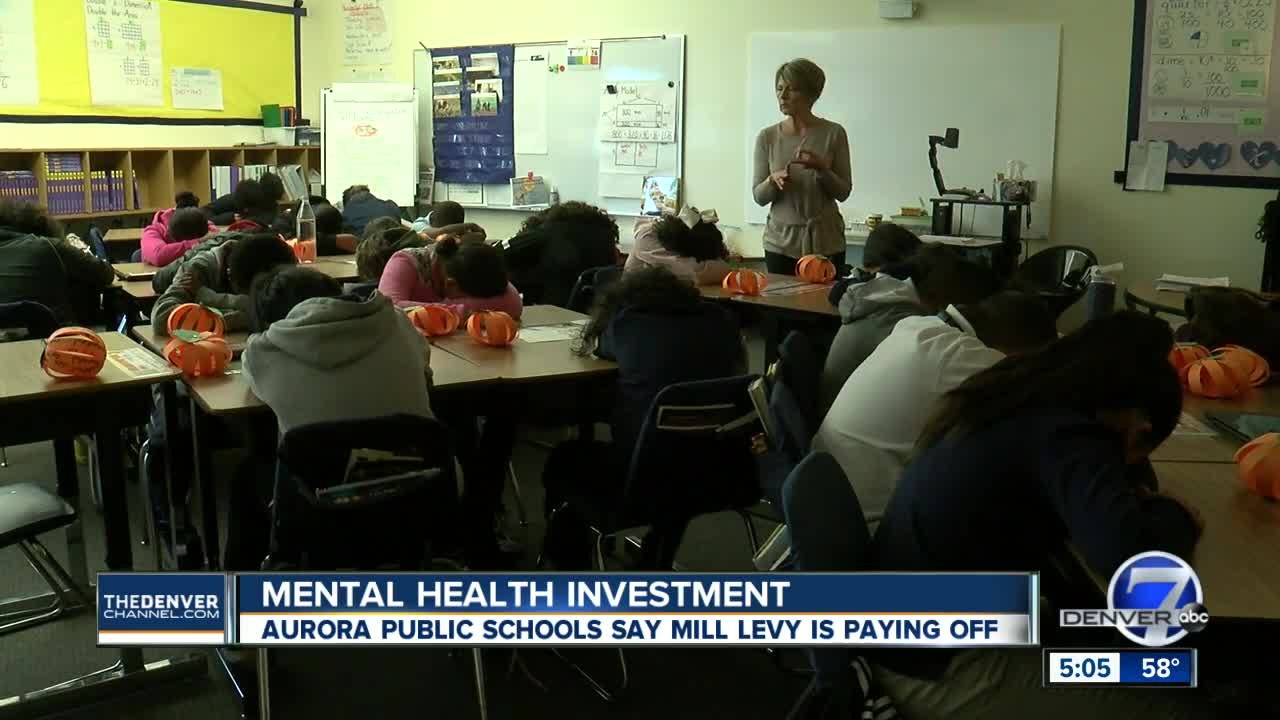 Aurora Public Schools recently hired over 100 mental health staff members. The district used funding from a mill levy approved by voters in 2018 to put those positions in classrooms across the city. Officials told Denver7 that was enough to improve mental health staff on every campus in the district.

The principal at Elkhart Elementary says the social and emotional work staff is doing is helping students achieve.

“I’m expecting that we are probably going to have the highest achievement year that we have ever had in the last decade,” Principal Ron Schumacher told Denver7.

Elkhart Elementary was able to hire a new social worker this year with money from the mill levy.

Schumacher says they already had a psychologist but they are required by law to focus on the students with the most severe issues. By adding the social worker they are able to help more students.

“It’s really created a sense of calm. We can be more responsive and proactive versus reactive with behavior issues in the classroom,” he said.

The social worker helps students in small groups and teaches them coping skills.

Over 90% of Elkhart Elementary students are on free and reduced lunch. More than 70% of their students identify English as a second language. And in recent years, they have seen more new students come as refugees.

Social worker Jordan Glaude says students are coming to school dealing with a variety of issues.

“Could be immigration, family issues, homelessness - there’s a lot of mental health concerns within the family system, there are a lot of different issues our kids have to deal with and process,” Glaude said.

“I think they are calming and relaxing,” 5th grader Bryant Pineda said. “Before I feel kind of nervous and scared and after I do them I feel like I am ready to learn.”

Principal Schumacher says since they have put more focus on mental health, behavior referrals have dropped from 300 to just 48 last year. Attendance has gone up and they expect even fewer referrals this year.

“Right now, the support that Aurora Public Schools and the tax payers have provided us is more than meeting our needs,” Schumacher said.