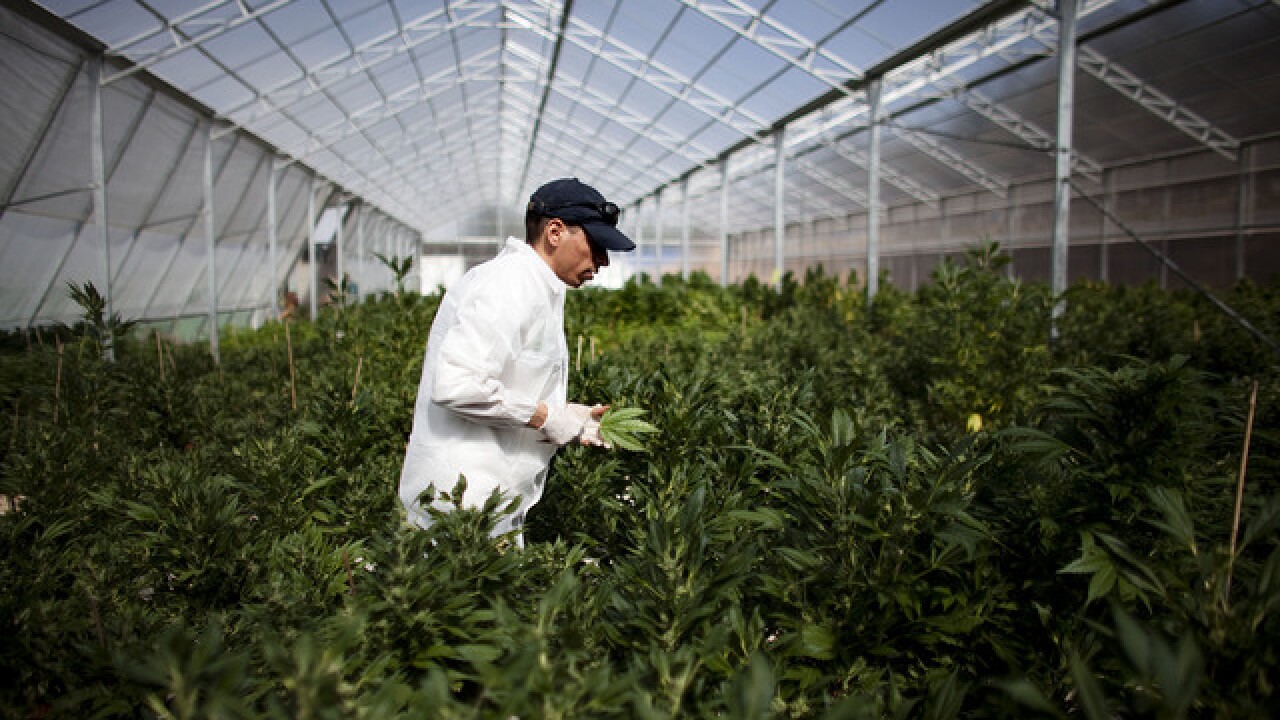 Copyright 2017 Scripps Media, Inc. All rights reserved. This material may not be published, broadcast, rewritten, or redistributed.
Uriel Sinai
<p>SAFED, ISRAEL - MARCH 07: (ISRAEL OUT) A worker at a cannabis greenhouse at the growing facility of the Tikun Olam company on March 7, 2011 near the northern city of Safed, Israel. In conjunction with Israel's Health Ministry, Tikon Olam are currently distributing cannabis for medicinal purposes to over 1800 people in Israel. (Photo by Uriel Sinai/Getty Images)</p>

DENVER – With the lowest unemployment rate in the country and a booming real estate market, Colorado’s blazing economy shows no sign of slowing down.

The state is home to several industries, and many of them are directly contributing to Colorado’s fast-growing economy.

Denver7 is highlighting seven major industries in Colorado that, to all appearances, are redefining the state’s economy.

Tech
Colorado’s tech industry employs hundreds of thousands of people and continues to grow. Construction has begun on a new $350 million satellite production facility at Lockheed Martin’s Waterton Canyon campus in Littleton. Lockheed Martin says it has added more than 750 jobs in Colorado since 2014 and currently has about 350 openings in the Denver area.

Agriculture
The fresh food trend is keeping this key Colorado industry nourished. Nearly half of the state’s 66 million acres are dedicated to growing things like our state’s famous melons, Olathe Sweet Corn and Palisade Peaches.

Real Estate
Colorado’s real estate market is off the charts. The average sale price of a home in the Denver area was $439,161 in April, a new record high that puts home prices at 40 percent or more above pre-recession levels.

Craft Beer
Colorado is known as the craft beer capitol of the world with more than 300 craft breweries in the state. According to a Brewers Association report, Colorado $2.7 billion craft beer industry ranks first in the nation as far as its per capita economic impact.

Cannabis
The state was the first in the nation to legalize recreational marijuana and the economic impact seems to be paying off. The industry is now worth more than $1 billion and continues to break sales records month after month.

Energy
According to the U.S. Energy Information Administration, from 2005 to 2015, crude oil production in Colorado more than quadrupled; in the same period, marketed natural gas production rose 51%. Colorado's renewable energy providers will also be getting a boost from a measure that will require 30% of electricity sold from investor-owned electric utilities come from renewable energy.

Tourism
One of the state’s largest industries has seen record numbers in the past year. The City of Denver announced this year it hit 31.5 million visitors in 2016, a record that topped 2015 numbers. According to City of Denver officials, this is the 11th consecutive year in a row that saw a record shattered.