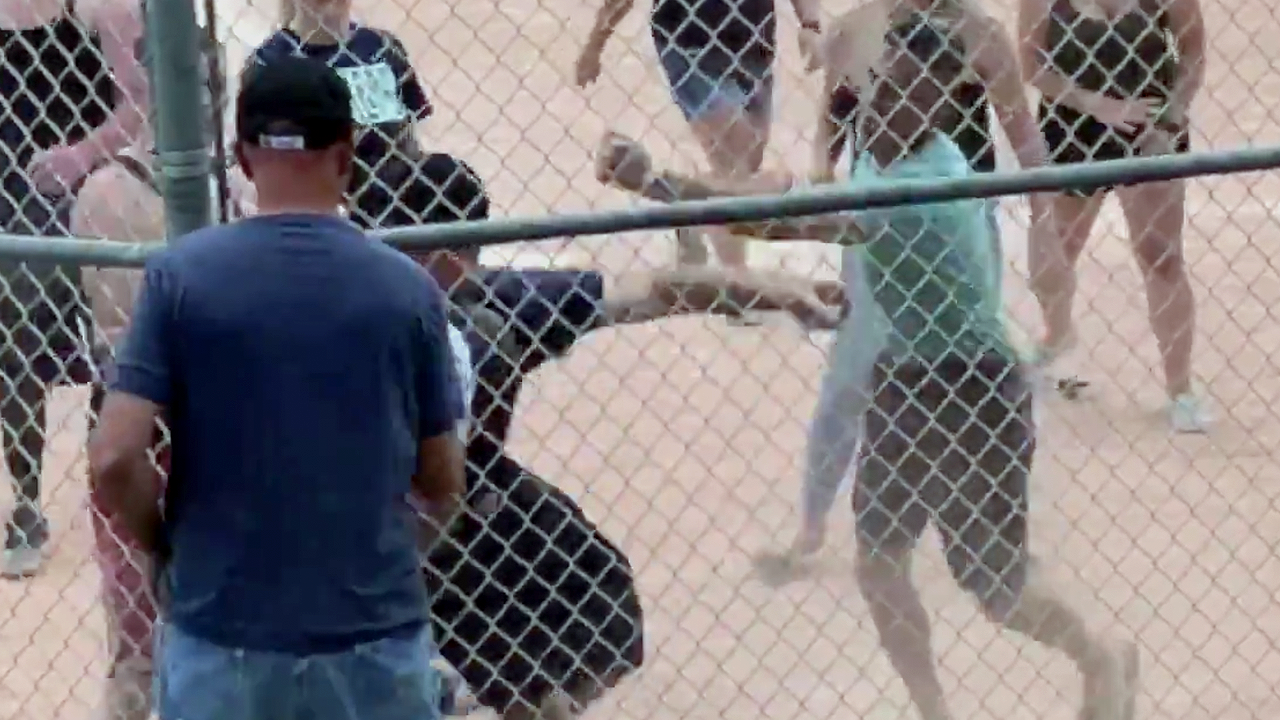 LAKEWOOD, Colo. — Police in Lakewood cited a 6th person in connection with a youth baseball brawl that broke out during a game at West Gate Park June 15.

Police issued a disorderly conduct citation to Ean Vigil, 29, Monday morning. Vigil, seen wearing teal shorts, was the initial focus of investigators when they tweeted out video of the fight on Tuesday. Police said more citations are possible.

These adults took over the field and began assaulting each other on 6/15 during a youth baseball game. We're looking for any info, in particular to ID the man in the white shirt/teal shorts. Several people have already been cited in this fight and injuries were reported. pic.twitter.com/ieenhwCrbU

Police said in total, 15 to 20 people were involved — among them two Denver Public Works employees. The city said all three are on administrative leave until the investigation is complete.

The fight sparked after the 13-year-old umpire made a call that upset a coach on one of the teams, police said. The baseball players were 7 years old. One witness said the fight lasted about 20 minutes.

According to the reports, one of the men who was cited broke five ribs. He told police he had tried to push and grab people to break up the fight.

The Bear Creek Junior Sports Association said it had canceled the season for the two teams involved. The association said coaches and parents who were involved in the fight would be removed indefinitely.

Editor's Note: This story has been updated to clarify the number of people cited so far in the incident and to note that police are expecting more people to possibly be cited.