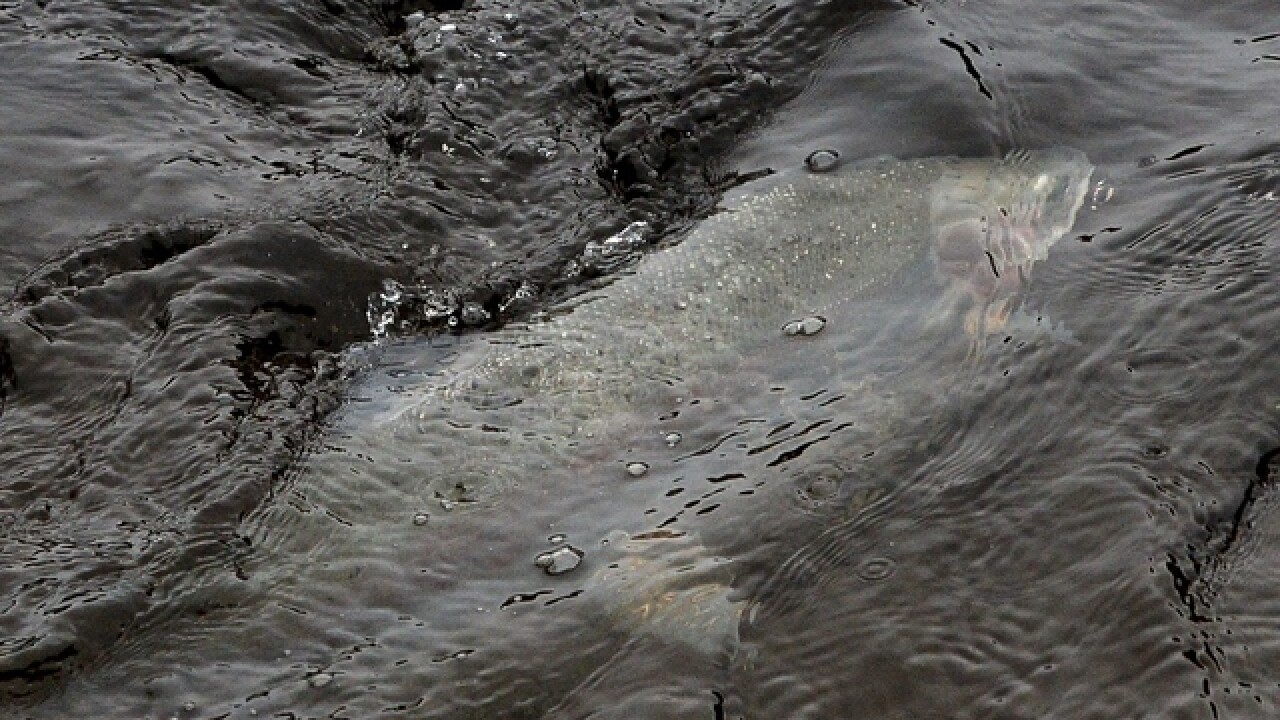 More than 6,600 fish died in the Big Thompson River and the Lower North Fork Big Thompson in Larimer County after a construction-related incident on March 7.

Colorado Parks and Wildlife said they didn't confirm the fish kill until Tuesday (April 26) when "data had been thoroughly analyzed."

Fish including rainbow and brown trout, suckers and dace were killed on the Lower North Fork Big Thompson and main stem Big Thompson River - from Drake downstream to the canyon mouth in west Loveland.

Officials used electro fishing - a non-lethal industry standard method - to estimate the fish population before and after the incident. Officials initially said more than 5,600 fish were killed and then raised that number to 6,600.

"The 0.4 miles of the North Fork likely suffered a complete loss, whereas and the main stem Big Thompson from Drake downstream to the Loveland facility had suffered an estimated 52 percent loss," CPW stated.

The area impacted extends 8.3 miles - from the confluence at Drake to Loveland’s water treatment facility.

The fish kill was first reported by citizens. As a precaution, agencies shut down the water intake from the Big Thompson River by the City of Loveland.

"[It] appears the event was associated with concrete work being performed in building and securing rockery walls along Larimer County Road 43 and replacement of the nearby Storm Mountain Road Bridge which spans the lower North Fork," the official report stated.

The Storm Mountain Bridge is located approximately 0.4 miles upstream of the confluence at Drake.

"Unfortunately, site conditions, weather, soils, topography and other factors at the Storm Mountain Bridge created conditions that allowed movement of chemicals from concrete to enter the stream, causing a dramatic increase in pH (acidic balance of water) which when moving downstream sickened or killed fish in its path," CPW said in a statement Tuesday.

The construction was part of the massive redesign of County Road 43 and the adjacent North Fork Big Thompson after the massive floods in September 2013, officials said.

American Civil Constructors (ACC) is the contractor for the County Road 43 flood recovery project.  ACC is under a contract administered by the Central Federal Lands Highway Division of the Federal Highway Administration.

"Since the event, agencies involved in the Big Thompson project have been working together to establish a set of best management practices to minimize a similar event from occurring again," officials said.