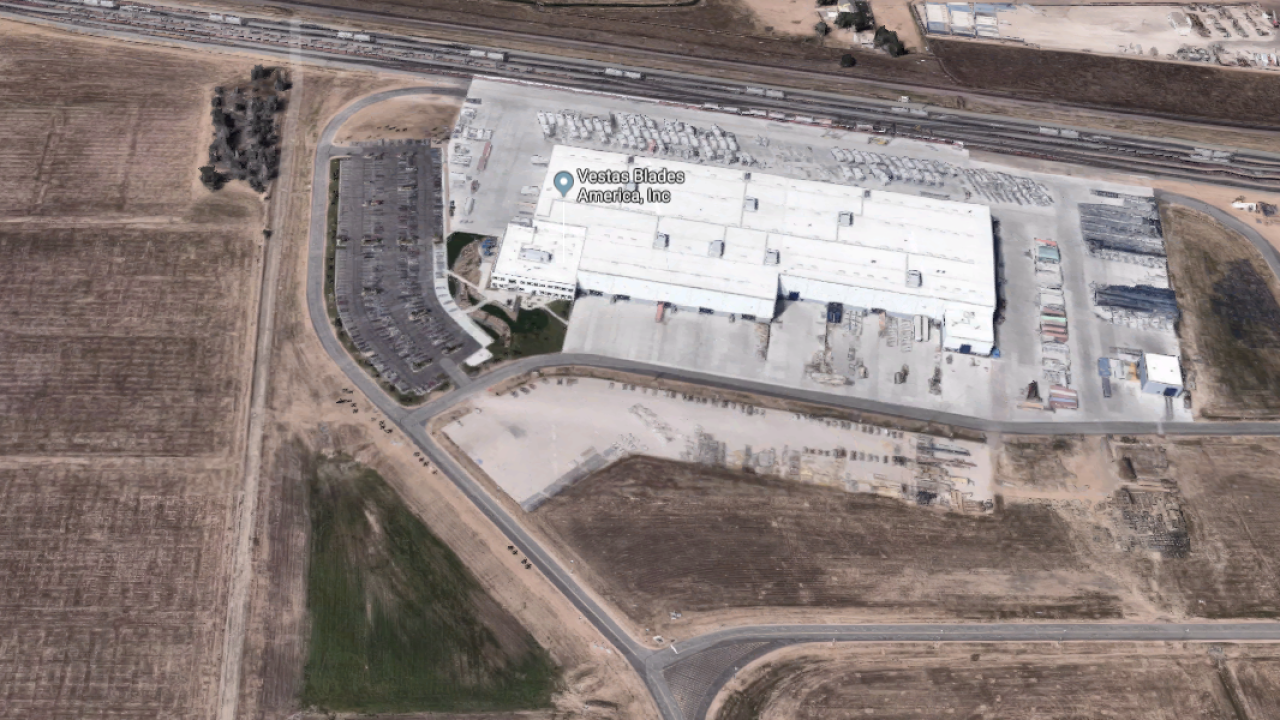 (UPDATE Thursday 8:40 p.m.) The man who was hospitalized after a 500-pound piece of metal fell at him at Vestas Wind Turbine Plant has died from his injuries.

In a press release from Vestas, the company said, "Safety is the top priority at Vestas. We are cooperating fully with the authorities on their investigation and have launched our own internal investigation. We are fully committed to discovering what led to this accident and ensuring it does not happen again."

No other incidents have occurred at the wind turbine plant, despite rumors, the company said.

BRIGHTON, Colo. — A person was taken to the hospital after a 500-pound piece of metal fell on them at a wind turbine plant in Brighton Sunday morning.

On Sunday just before 3 a.m., Brighton Fire Rescue firefighters responded to 1500 Crown Prince Boulevard on a report of a traumatic injury at the Vestas Wind Turbine Plant.

Crews found a person lying on the ground outside, according to Brighton Fire. Nearby co-workers said a 500-pound piece of metal had fallen on the individual. They had moved it off the person before the fire department arrived on scene.

The person was taken to a hospital with unknown injuries. No other information was available as of Monday morning.