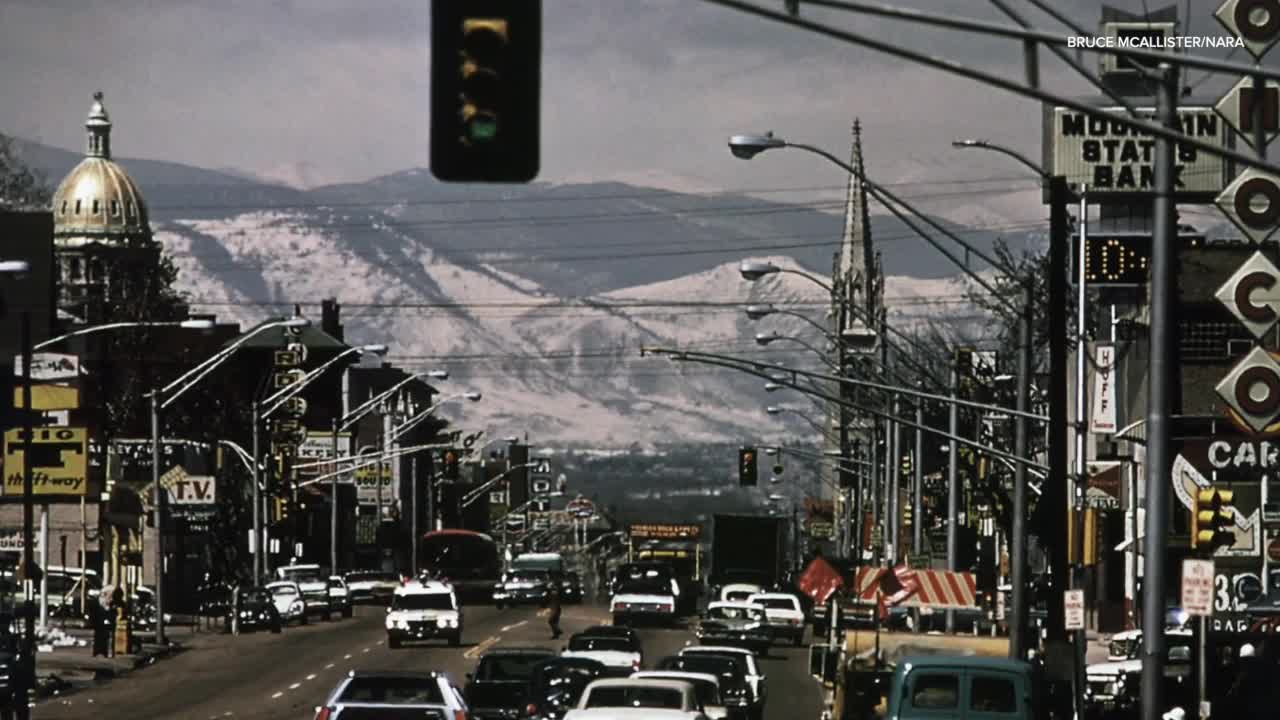 DENVER — Long before Interstate 70 rolled through Denver, the main path through the city was along Colfax Avenue, home to roadside motels and supper clubs, music venues and alligator gardens.

A drive down Colfax today, from Aurora to Lakewood, still showcases a glimpse of that past, from the Lion's Lair and Bluebird Theater on the east side of town to the vintage motels on the west side.

But it was those days before the interstate — from the late 1920s, when automobile popularity rose, to the mid-1960s, when I-70 was developed — when Colfax thrived, earning its moniker as "America's longest, wickedest street."

This summer, the History Colorado Center and The Colfax Museum brought that era back to life with "Forty Years on the 'Fax," an exhibit focusing on Colfax's history from 1926-1966. The exhibit is on display at History Colorado's museum at 1200 Broadway in Denver, through 2021.

"It definitely documents the rise of car culture in America," said Jonny Barber, curator of The Colfax Museum. "I just think it was fascinating that at one time if somebody asked you directions, 'How do I get to San Francisco?' you could just say 'Go to Colfax and take a left.' Then it ended up at the boardwalk in Atlantic City, N.J., on the eastern seaboard."

The History Colorado exhibit is tied to Colfax's coast-to-coast connection — the Denver thoroughfare was officially designated as a part of U.S. 40 in 1926, when the exhibit's time period begins. By 1966, Interstate 70, a few miles to the north of Colfax in Denver, was mostly complete.

But for those 40 years, cross-country travelers drove through the city on Colfax, past East High School and the famed Aladdin Theatre and the Colorado State Capitol.

In Colfax's heyday, the street was a magnet for tourists.

The roadside motels, some of which remain today, reflected that, along with the kitschy attractions — the alligator gardens perhaps chief among them — often found along busy highways.

For the exhibit, History Colorado used Barber's trove of Colfax artifacts and relics, including menus from restaurants and bars, where travelers could stop for a 50-cent cocktail or sit down for a plate of ribs for $2.45. The museum also re-created a meal from The Apple Tree Shanty, a popular restaurant from the era on East Colfax.

Julie Peterson, the exhibit developer for History Colorado, wanted to take museum visitors back in time.

"We really wanted it to be a way for a younger generation, who are surprised that Colfax has this rich history," Peterson said. "I hope people see a different side of Colfax Avenue."

Barber told of another interesting Colfax connection. On the East Coast, U.S. 40 runs along what was previously Braddock's Road, a military road once traveled by a young George Washington.

"It's pretty amazing to think that our first president," Barber said, "rode down the same road that runs in front of Casa Bonita."