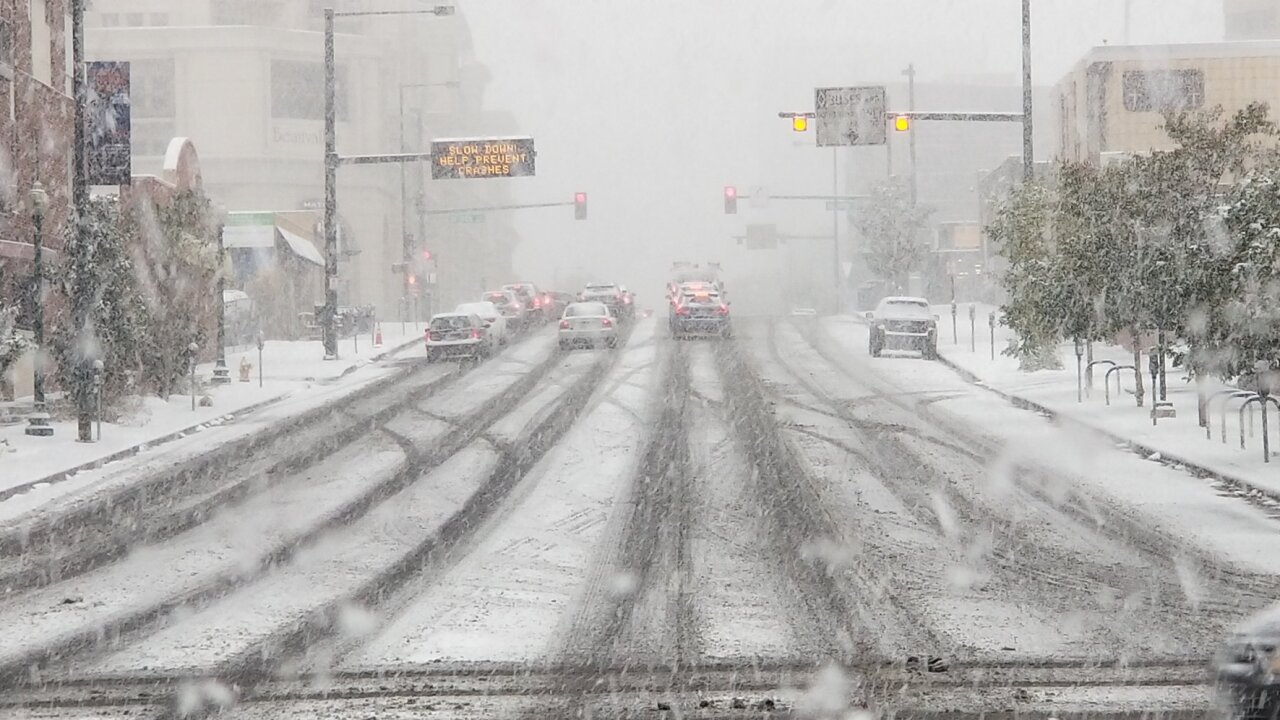 Daryl Orr/Denver7
The snow in Denver on Thursday.

1. Snow is on the way!
Don't be fooled — this afternoon may reach into the 50s, but the temperature will plummet around the evening rush hour. Rain and snow will also begin around that time and snow will continue to fall through Thursday morning. Want to keep tabs on the snowfall in your area? Check out our weather page and localized radars.

2. Emmanuel Sanders is leaving Denver
On Tuesday, the Broncos announced they had traded Sanders and a 2020 fifth-round pick to the San Francisco 49ers for third- and fourth-round selections in next year’s draft. Sanders said he had a great time in Denver, but he is looking forward to getting to San Francisco. What do you think of this move?

3. Have you seen blue pumpkins around your neighborhood?
This trend has picked up in recent years. The blue pumpkins raise awareness for children with autism around Halloween. We talked with a grandmother and her autistic grandson about how Halloween is different for him than other children. (Speaking of Halloween — have you bought your trick-or-treat candy yet? Here are some local deals!)

4. How does mandatory reporting work in cases of suspected child abuse?
A Colorado mother is accused of murdering her 7-year-old daughter, who was thought to have had a terminal illness. This case has prompted several questions about how to report suspicions of abuse and neglect to authorities, and who is required, by law, to report them. Here's what you need to know about mandatory reporting.