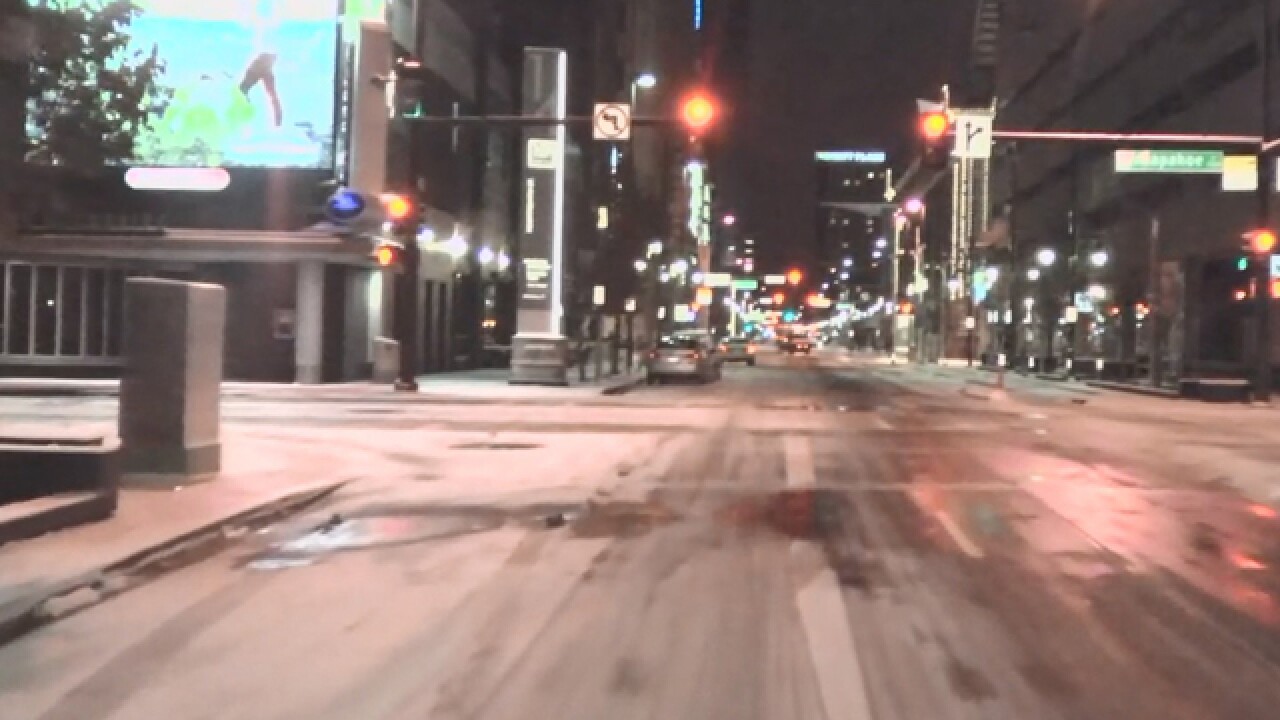 Good morning and welcome to your snowy Monday morning, Colorado! Here are 5 Things to Know for Nov. 12, 2018.

1. On your way out the door, grab your winter jacket, a hat, a scarf, boots, etc.

Because you'll need it! The snow is continuing to fall as of 8:30 a.m. and while it will stop soon, the cold will linger for the remainder of the day. But while winter-lovers can embrace today's chill, those who prefer more warm-weather temperatures will get their lucky break on Wednesday. Check out the full forecast here and be careful on the roads this morning !

2. Schools and some businesses announce closures and delays

With the current weather, it should come as no surprise that some schools have decided to schedule a delayed opening, or cancel school all together. For a list of closures and delays, click here .

3. We sat down with the man who was almost buried alive at a recycling plant

The man said he was trying to outrun a bulldozer at a recycling plant on Thursday when his foot became entangled in a garden hose. As the bulldozer pushed up against a pile of trash, and the man, he feared he was going to die. Here's the story of his escape and recovery .

4. Trump has threatened to without federal aid from California

Trump blamed the state's "poor" forest management for the devastation caused by the wildfires. California Professional Firefighters responded that those comments were "dangerously wrong." As of Monday morning,  31 people have died in these massive fires and hundreds are still missing.

He was charged with first-degree murder in June after allegedly fatally shooting his 45-year-old passenger. Hancock’s family has claimed he shot Kim in self-defense. He pleaded not guilty in court on Friday . The trial has been set for April 1.