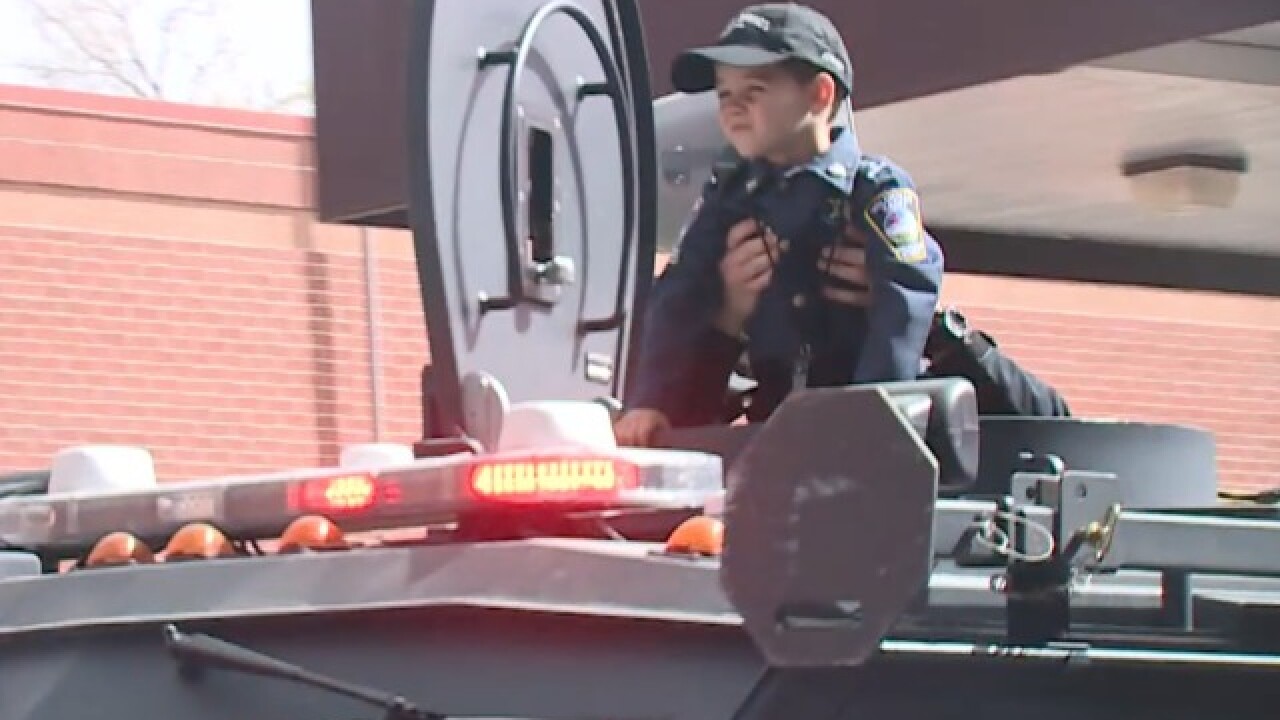 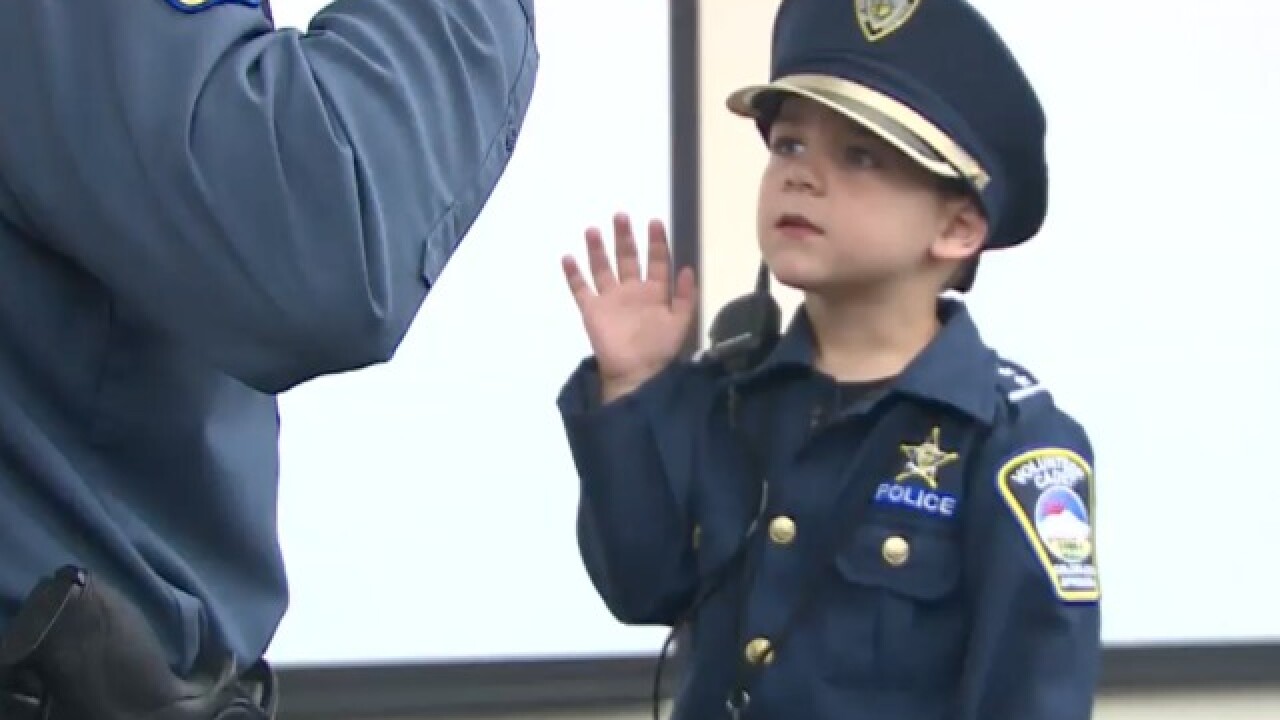 The youngster, who’s facing his second battle with cancer, was sworn in as a volunteer cadet on Tuesday.

Joshua was diagnosed with stage four kidney cancer in July 2017, according to the Colorado Springs Police Department. Doctors removed the tumor and Joshua then underwent radiation therapy.

Joshua was in remission as of December but in January, doctors found another tumor in his left lung.

After being sworn in Tuesday, Joshua spent the day learning the ropes and riding around in police vehicles.

Joshua will begin a new six-month round of chemotherapy on Thursday.