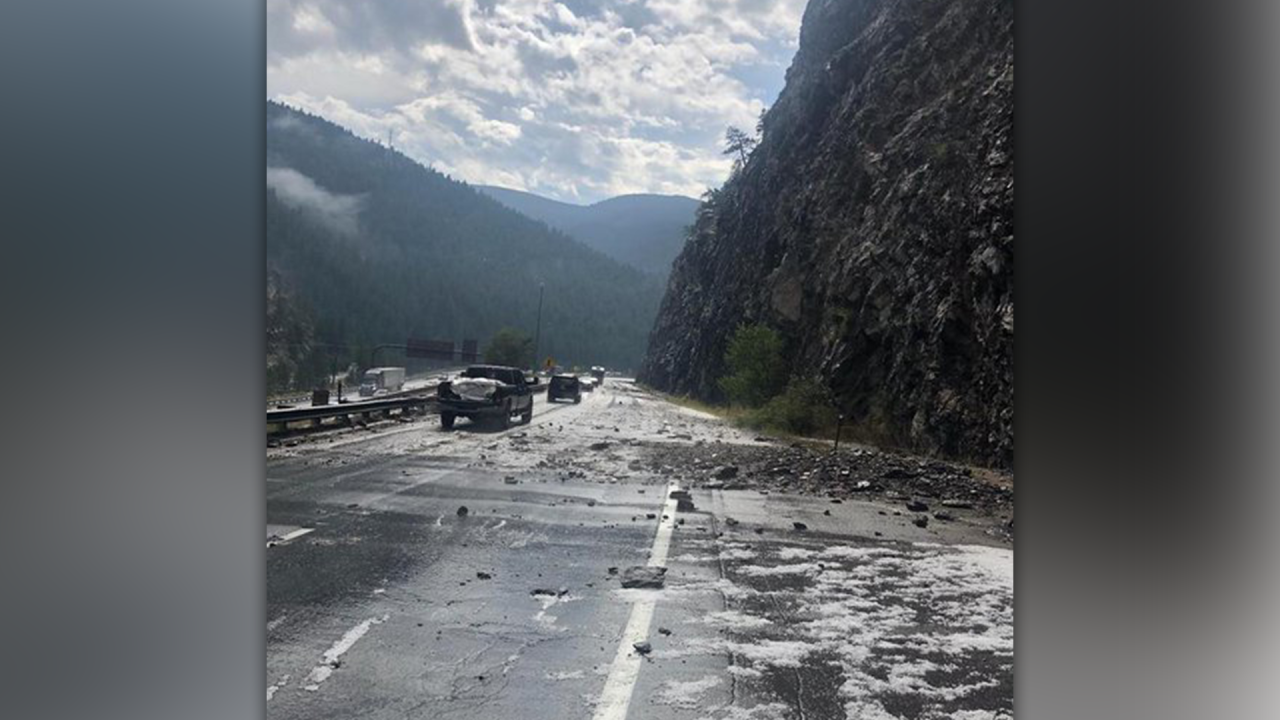 CSP Golden.
A rockslide on westbound I-70 at Floyd Hill. 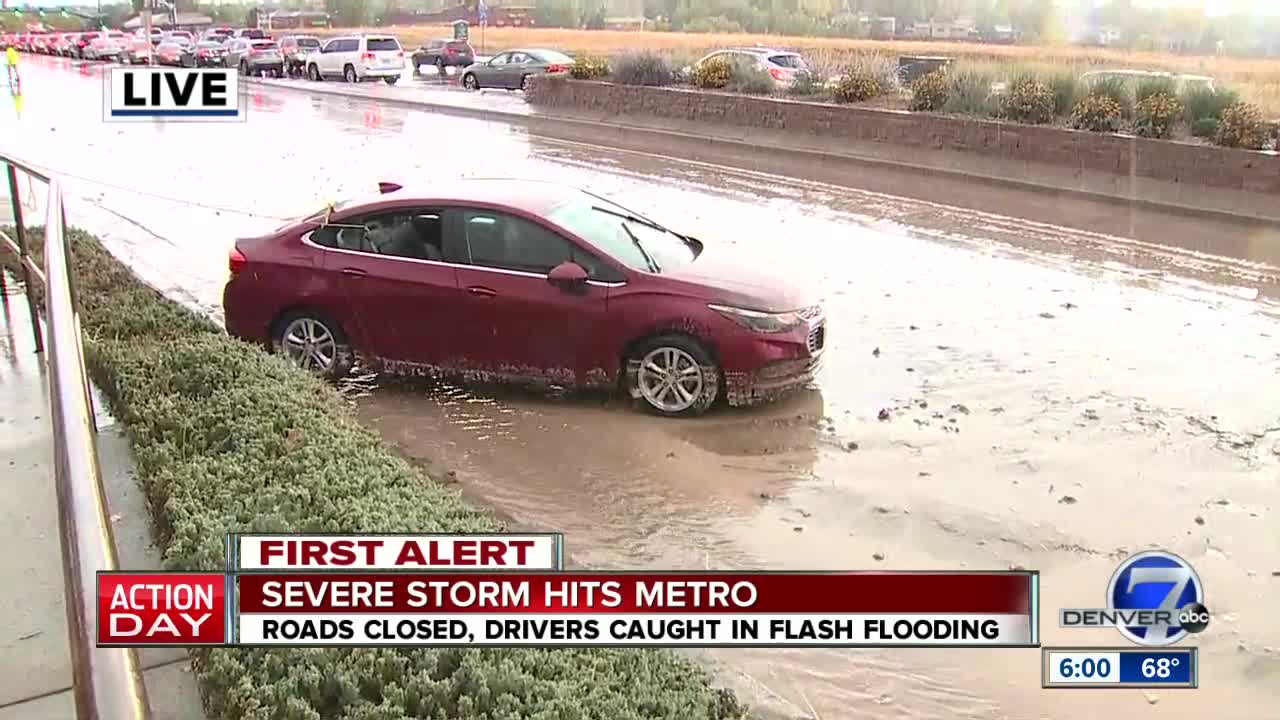 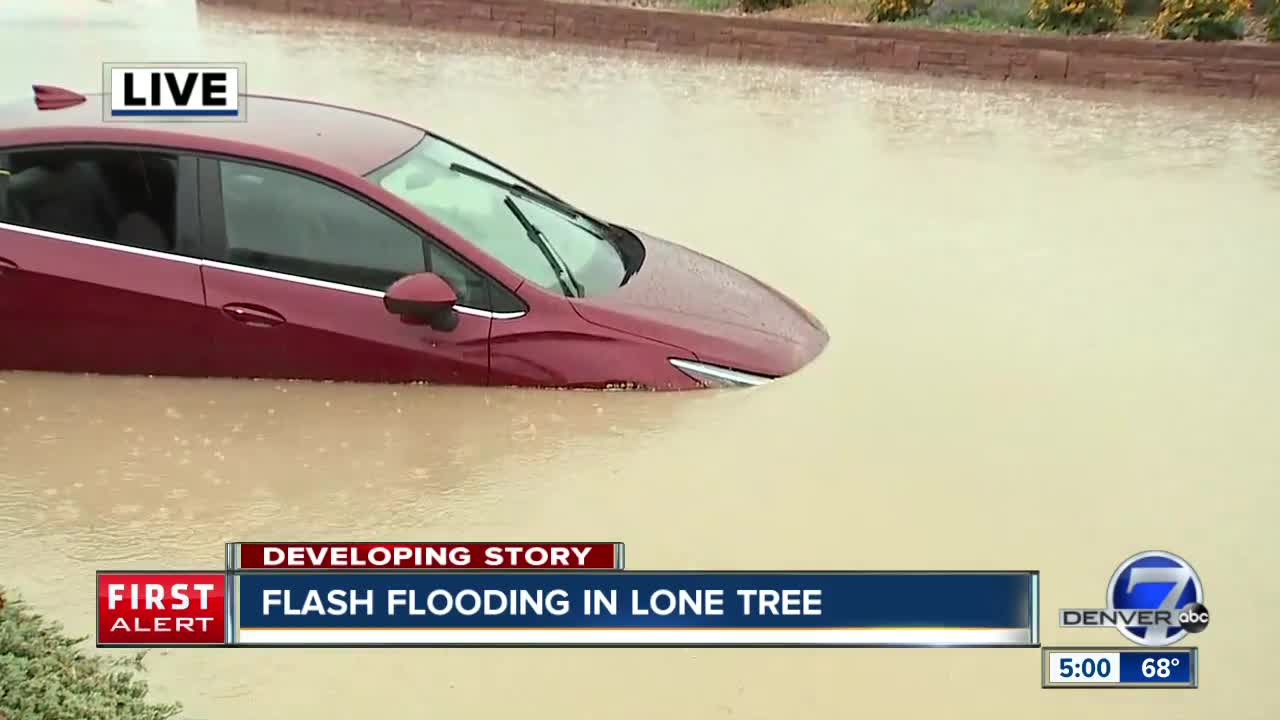 DENVER -- The westbound lanes of Interstate 70 re-opened Saturday morning at the bottom of Floyd Hill, west of Denver, after a strong storm caused a rockslide that led to overnight closures of the highway, officials said.

The rockslide happened about 3 p.m. Friday as storms packing heavy hail, wind and lightning moved through the mountains and into the Denver metro area. The westbound lanes of I-70 were shut down overnight and traffic was backed up for miles through the evening. The highway re-opened about 6:30 a.m. Saturday, according to the Colorado Department of Transportation.

The rockslide had also forced the closure of U.S. 40 from the top of Floyd Hill to U.S. 6.

Officials said backups on the westbound lanes of I-70 were approximately eight miles long and advised travelers from taking the highway if heading west of Denver for the weekend.

The strongest portion of the storm moved through the southern metro area, triggering severe thunderstorm warnings in the areas of Lakewood, Littleton and Centennial. A tornado warning was issued for parts of Arapahoe County, including Aurora and Foxfield, east of Centennial.

All of the storm warnings had expired as of 4:45 p.m., but the heavy rain had caused flooding in some areas, including C-470 and Yosemite Street near Park Meadows Mall near Lone Tree. South Metro Fire Rescue crews rescued two people from a car that was nearly fully submerged in the high water.

Heavy rains caused flash flooding near the Park Meadows Mall. @SouthMetroPIO had to rescue people from this car on Yosemite next to C470. @DenverChannel pic.twitter.com/rHv60xgXrI

Track the storms with our interactive radar

The storms were expected to continue passing through the Denver area through 5 p.m., according to the National Weather Service. The showers and storms will weaken into the late evening, with conditions dry and mild overnight.