3 Wyoming sightseeing balloons crash, as many as 20 injured 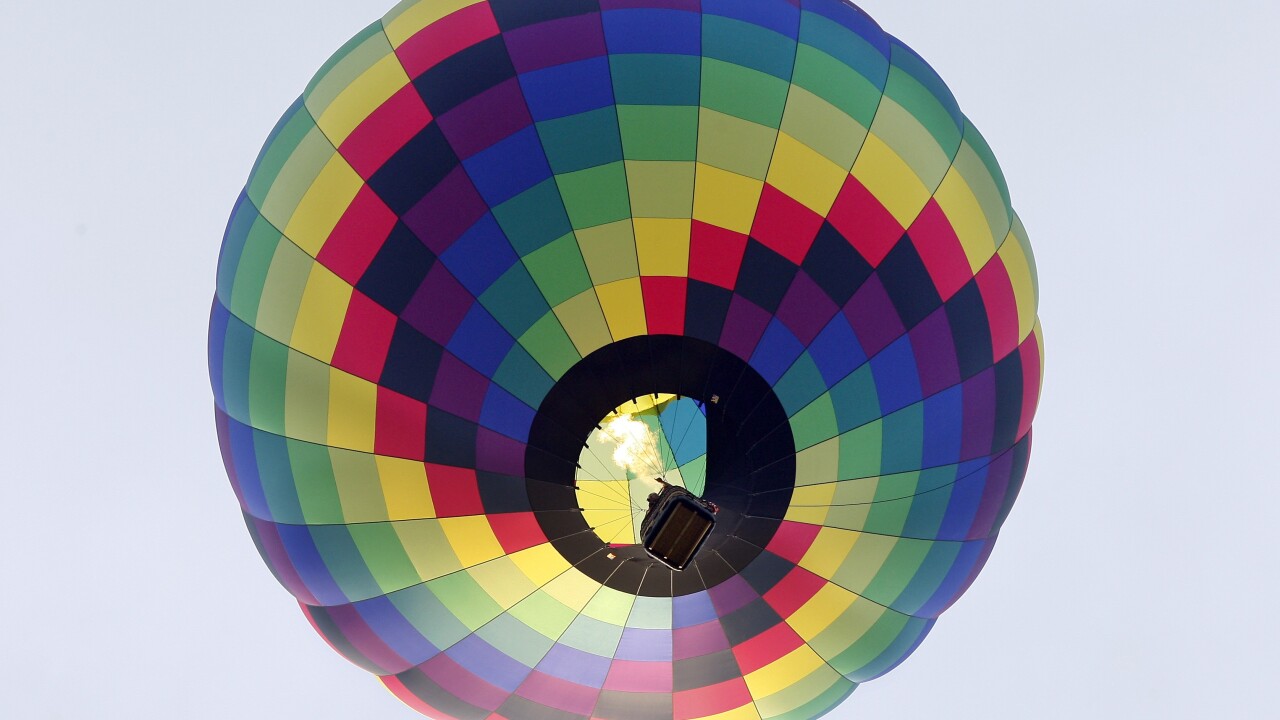 (Copyright 2020 The Associated Press. All rights reserved. This material may not be published, broadcast, rewritten or redistributed.)
Mel Evans/ASSOCIATED PRESS
A hot air balloon flies in the early morning Friday, July 23, 2010, at the Quick Chek New Jersey Festival of Ballooning in Readington, N.J. The festival runs through Sunday, July 25, 2010. (AP Photo/ Mel Evans)

Teton County Sheriff Matt Carr says at least one person was flown to an Idaho hospital for treatment. Carr describes the crash scene as about half a mile long and that weather apparently contributed to the crashes.

The balloons apparently went down separately and did not crash into each other.

All of the balloons belong to Wyoming Balloon Company sightseeing balloon operator. The company could not be reached to comment.