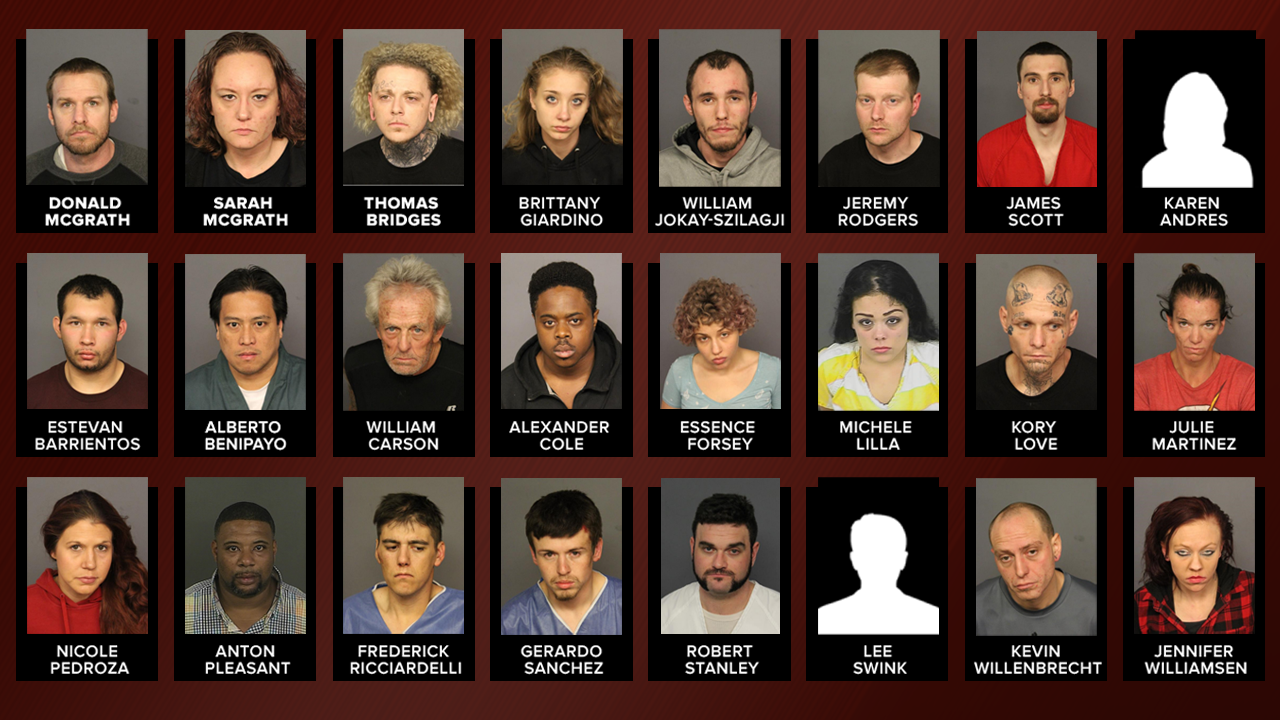 Many of the suspects in the 24-person crime ring lived together and conspired to commit a multitude of crimes in the Denver metro area between February 5, 2017, and October 2019, to support their illegal drug habits, prosecutors allege in the release.

The suspects listed in the indictment include:

The group’s criminal activity didn’t cease, prosecutors said. Fueled by drug addiction, the 24 suspects stole at least 28 vehicles across the Denver-metro area and used the stolen cars to commit other crimes, including burglaries, the release read.

The suspects would then trade or sell the stolen property, guns, social security cards, credit cards, bikes, golf clubs, professional makeup kits and numerous other items to acquire methamphetamine, heroin and cocaine, according to the news release.

“At the heart of this indictment is an all-too-familiar tale of how drug addiction fuels criminal activity,” said Denver DA Beth McCann in the news release. “We need, as a community, to focus on treatment and a public health response to substance abuse to help address associated criminal behavior. This type of illegal activity negatively affected many individuals, businesses and communities throughout the Denver-metro area.”