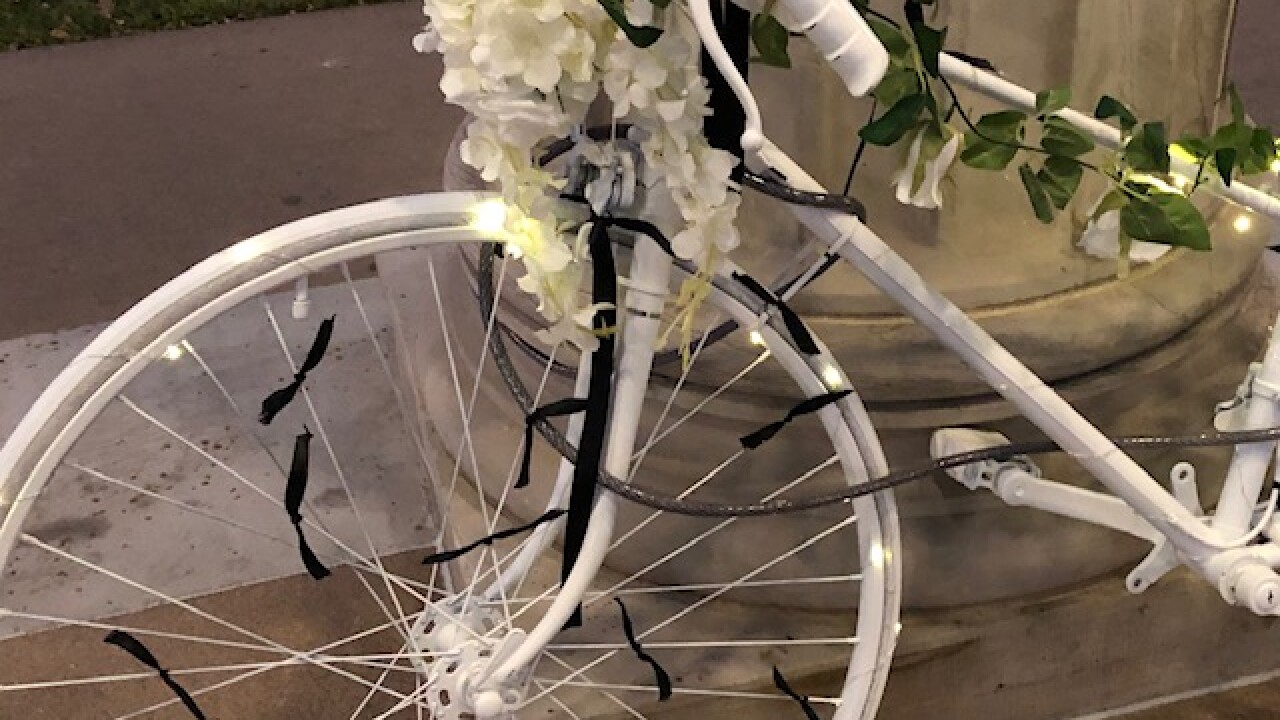 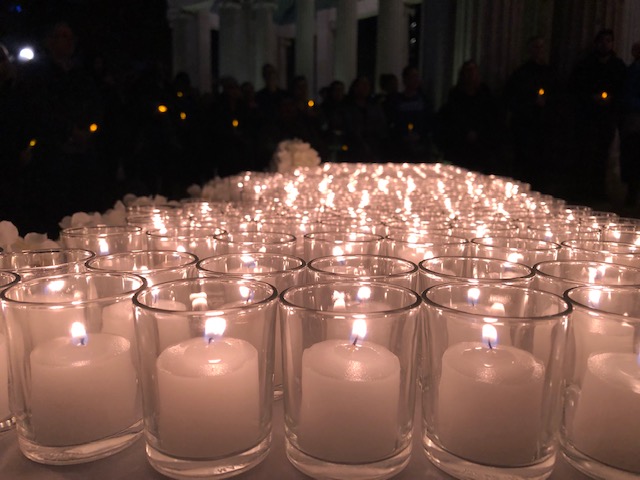 DENVER — Those white "ghost" bicycles you often see around Denver are powerful reminders that driving distracted can have devastating consequences.

On Sunday night, dozens of people tied ribbons to a handful of decorated ghost bikes, which were set up for the World Day of Remembrance at Civic Center Park.

One candle was lit for each of the 235 people killed as a result of traffic violence on Denver streets dating back to 2016, when the Mile High City first committed to its Vision Zero program.

"Someone loses their life every five days just trying to get around our city," said Jill Locantore of Denver Streets Partnership, a coalition of groups pushing for transit infrastructure.

"She was an artist," said Condit's niece, Traci Carpenter. "She loved nature and was enthusiastic about everything."

Condit worked with both pottery and paint. She had her own gallery until she was struck and killed while riding her bicycle in south Denver on July 1, 2018.

"She was crossing over Downing and a distracted driver going 45 miles per hour while using a cell phone to take a picture hit Nancy head on," Carpenter said. "It put a hole in our hearts."

Denver Police Chief Paul Pazen said every driver must commit to not driving distracted or impaired.

He said DPD supports the city's effort to reduce traffic fatalities and injuries to zero by 2030.

"In order to achieve Vision Zero, we must all do our part, because as you can see," he said, pointing to all the candles, "235 is too many."

Carpenter said that as a young mother of three, she too has been distracted while driving, but she said that changed when her aunt died.

The young mom said she is now on board with more safety and less convenience.

"I know it's important to get from A to B," she said, "but not if people are losing their lives over it."

The goal of the program: Zero traffic-related deaths and serious injuries by 2030.

In order to reach that goal, Kuhn said the city plans to install barriers along protected bike lanes, and to reduce speeds in more neighborhoods.

"We know that speed can increase the number of crashes, and the severity of injuries that occur in a crash, so yes, we are purposely slowing down traffic," she said.

The city also plans to convert more lanes into transit only.

The decorated ghost bikes and signed silhouettes were part of the World Day of Remembrance ceremony.

So was one of the late Condit's paintings, a water color creation of an angel with wings on a bicycle.

"The painting represents the joy and freedom that Nancy experienced while riding her bike," said Denver City Councilwoman Debbie Ortega.

Ortega said the artwork will be on display at the Voorhies Memorial on the north side of Civic Center Park for one week.

Condit operated the Sand Dollar Gallery on South Pearl Street until her death.

Family members shut down the gallery, but are using her artwork to raise community awareness about the dangers of driving, and to inspire safer communities for bicyclists and pedestrians.

A portion of the sales at their Sand Dollar card shop is donated to Bicycle Colorado, a nonprofit that strives to make Colorado the most bicycle friendly state in the U.S.