20,000 calories per day: The bear feeding frenzy is here 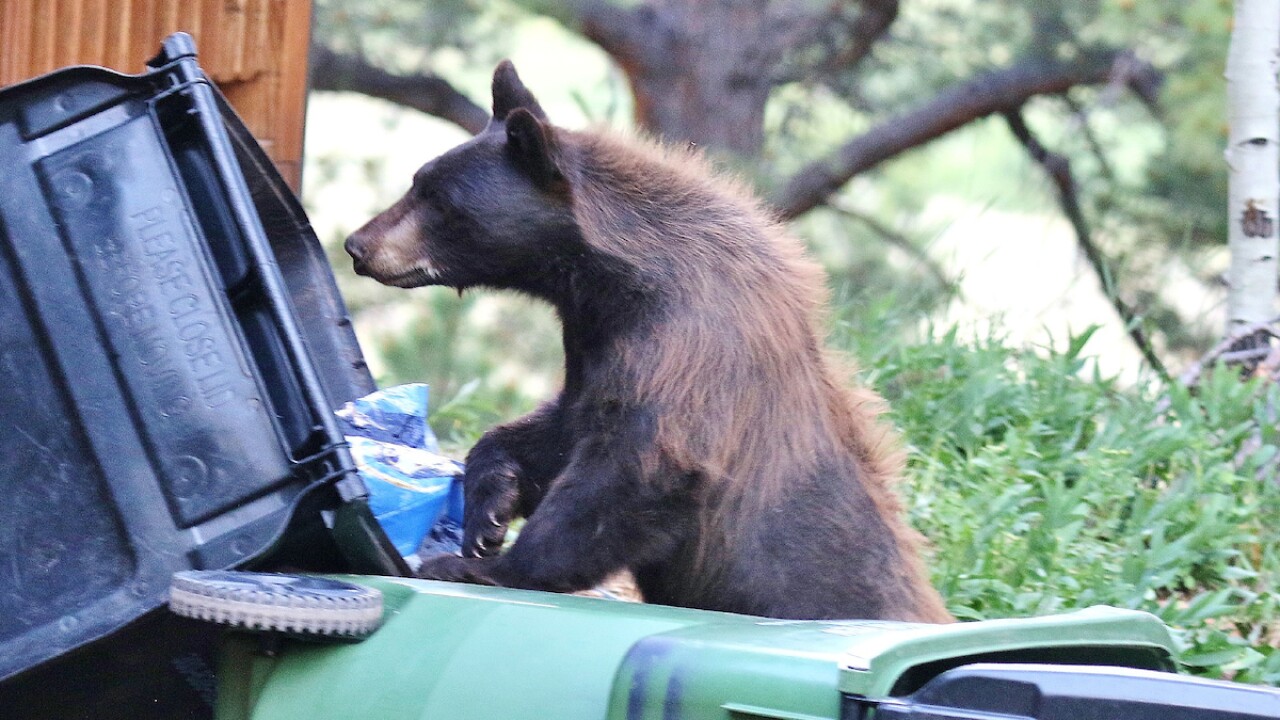 DJ Hannigan/Colorado Parks and Wildlife
A black bear searching through a trash bin.

DENVER – A restaurant employee near Winter Park was throwing out the trash one evening last week when they opened the dumpster and found a guest, hiding inside. A black bear popped up and swatted the employee on the head.

The run-in – which only resulted in minor injuries to the employee, thanks to a hat they were wearing, according to Colorado Parks and Wildlife – was an example of what to watch for this time of year, as bears enter a feeding frenzy ahead of hibernation.

See a bear, report it to CPW. The bear near Winter Park was spotted near the restaurant every night for a week, but no reports were made, officials said, so CPW officers couldn't help haze the bear away from the area.

And always secure food and trash, to avoid attracting bears.

This time of year, bears are on the hunt for up to 20 hours per day, searching for 20,000 calories daily as they prepare for winter hibernation. Their feeding frenzy over the next few weeks is known as hyperphagia, where they eat and drink almost nonstop, working to put on weight before they return to their dens.

Black bears typically hibernate from November to March, during which they'll live off a layer of fat buildup , not eating or drinking for up to six months. Ahead of hibernation, black numbers, which number about 17,000 to 20,000 in Colorado, will increase their body weight by about 35% during hyperphagia, according to the Western Wildlife Outreach .

So if you see a bear – and there's been more than 3,800 reports to CPW since April 1 – it's likely over one reason: Food. A bear can smell food from five miles away, according to the CPW, and once they find food at one source, they'll remember that source for the next time.

The best ways to avoid bears include stashing trash in bear-proof containers, storing food in air-tight containers or in your trunk and keeping a clean tent and campsite.

“We all know that when bears have easy food sources, they will keep coming back to them,” JT Romatzke, Regional Manager for CPW’s Northwest Region, said in a CPW news release Thursday. “It’s not so much a bear problem as a human problem when we don’t prevent bears from finding easy meals, and also when we accept bad bear behavior as normal."

Colorado Parks and Wildlife passed along these tips to help protect bears and your property:

Get Rid of Attractants