2 motorcyclists killed on Hwy 83 near Franktown 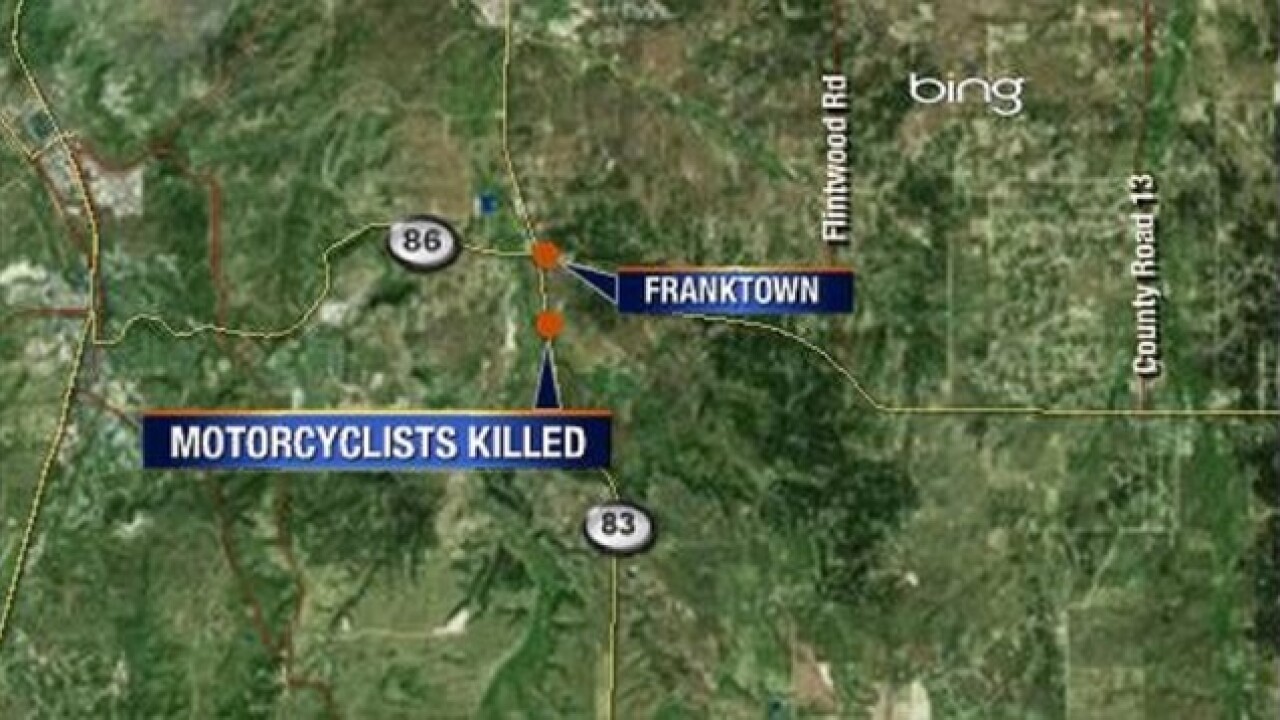 The  Colorado State Patrol is investigating a crash that killed two people on Highway 83 south of Franktown.

A green Honda Accord collided with two motorycles around 1:38 p.m. Saturday, according to Trooper Alisha Danko.

"The two people killed were occupants on the motorcycles," Danko said

Highway 83 was closed for about three hours as the State Patrol investigated.

Hwy 83 is now open. Sadly, two lives were lost today at the hands of a suspected DUI driver.

Troopers were working to determine what citations will be issued.

Danko wanted to remind drivers  to ‘share the road’ and watch for motorcyclists.

She also emphasized the importance of helmets and the proper protective gear.

It was not clear whether helmets were used be those involved in Saturday's crash.