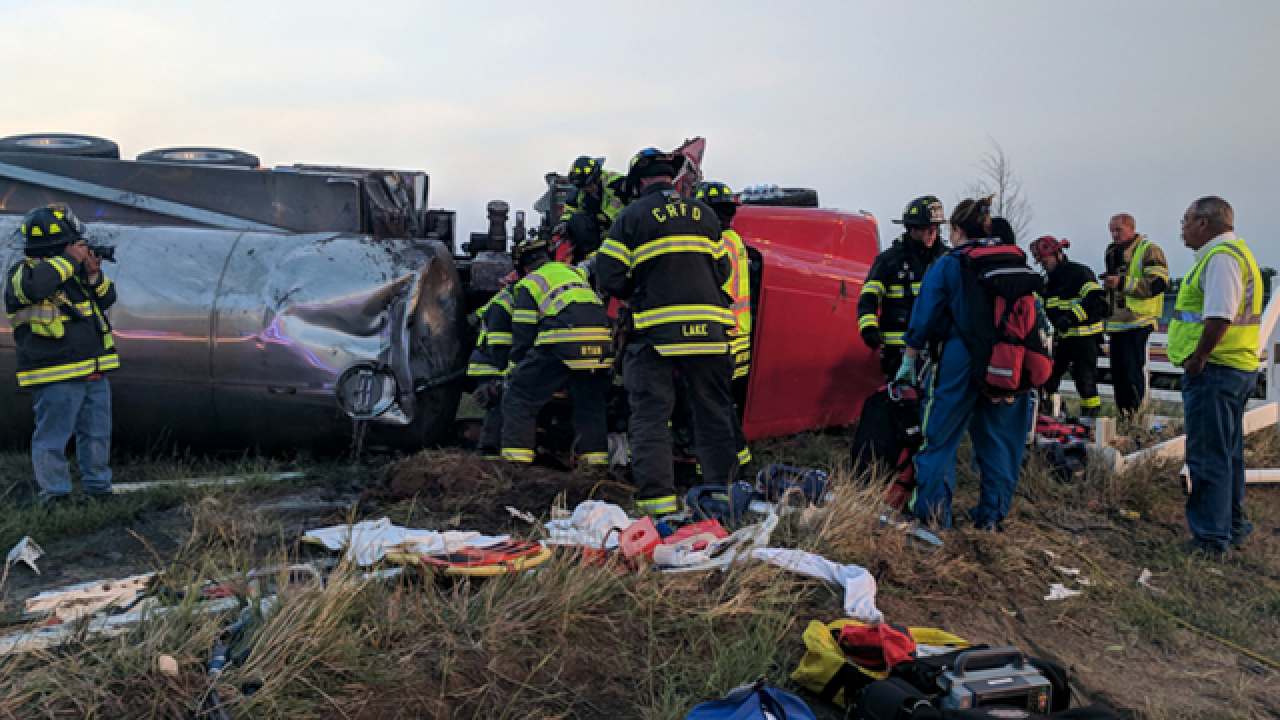 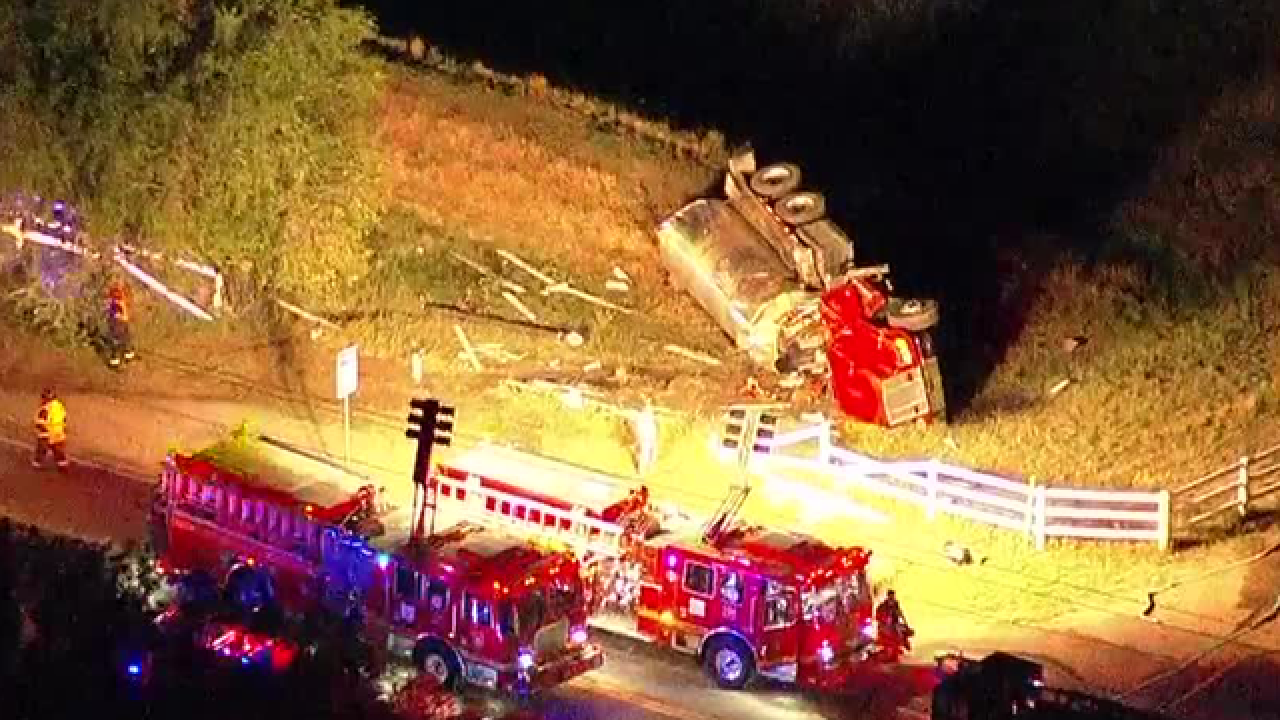 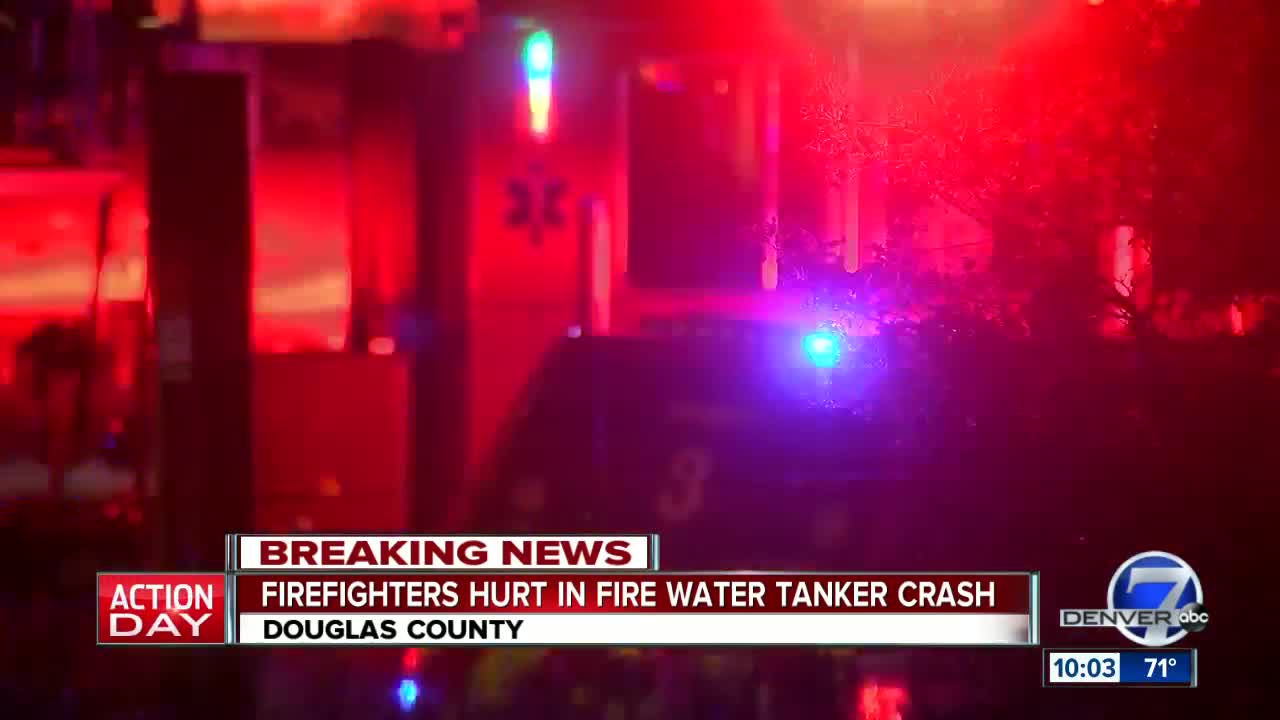 (UPDATE Wednesday 8:53 a.m.) The Franktown Fire Department announced on Twitter Wednesday morning that one of the firefighters was released from the hospital.

The crash happened around 7:30 p.m. west of Castle Rock in Douglas County at the intersection of North Perry Park Road and Wolfensburger Road.

The two firefighters were airlifted to Swedish Medical Center with serious injuries after they had to be extracted from the cab of the truck. Their names are not being released.

Kim Spuhler, a spokesperson for the Franktown Fire Protection District, could not say what condition the two are in but said it’s going to be an uphill battle.

“We ask the community to pray for our firefighters,” she said.

According to the Colorado State Patrol, the two men were in the tanker vehicle as they were responding to a house fire in Douglas County at the time of the crash.

Spuhler said no other vehicles were involved.

The truck came to a rest in a field off the road after crashing through a fence. It's not clear what led to the rollover.