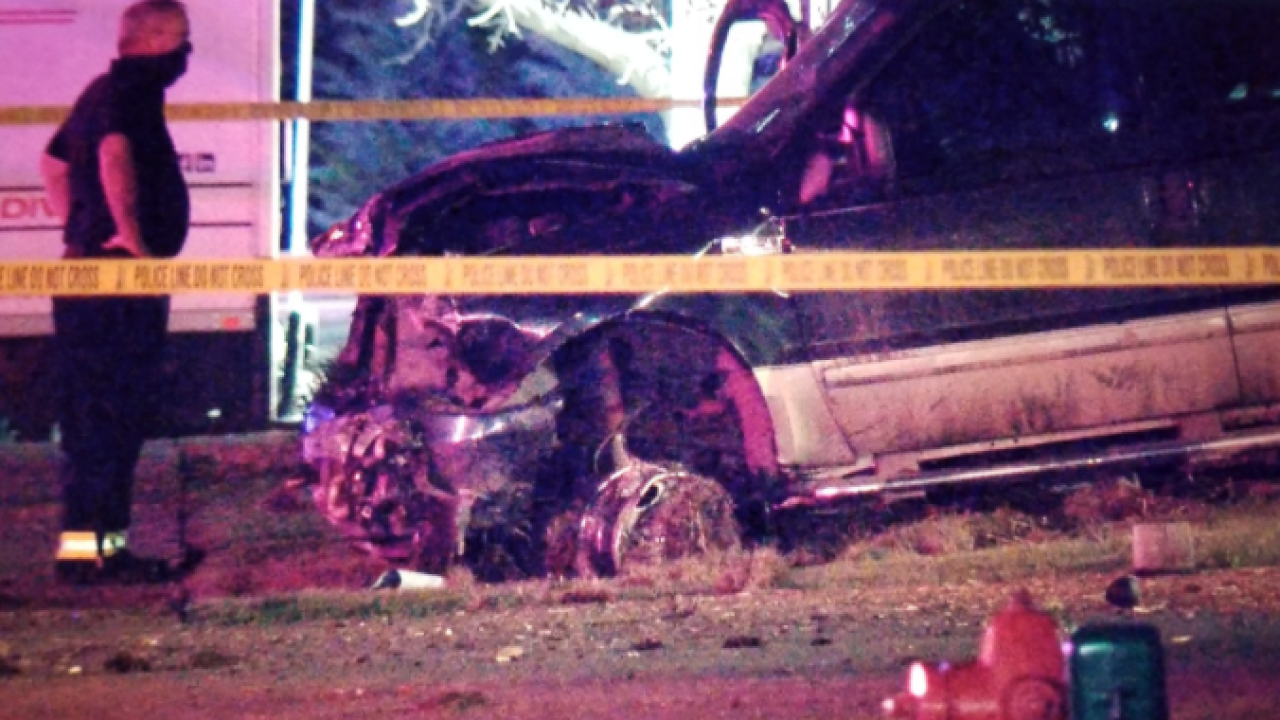 Around 2:12 a.m. Thursday, an officer with the Westminster Police Department was driving in the area of 120th Avenue and Mariposa Street behind a vehicle that had been reported stolen. The officer attempted to stop the vehicle, but it failed to yield, according to the police department.

The officer, joined by other officers, followed the vehicle southbound on Federal Boulevard and deployed stop sticks near 112th Avenue. The vehicle still failed to yield before entering a neighborhood around 99th Avenue and Lowell Boulevard.

Both people in the car — who were only identified as a man and woman, according to Westminster investigator Luis López — were pronounced deceased at the scene. No officers or firefighters were injured.

Lowell Boulevard between 90th Avenue and 92nd Avenue was closed for several hours for an investigation.