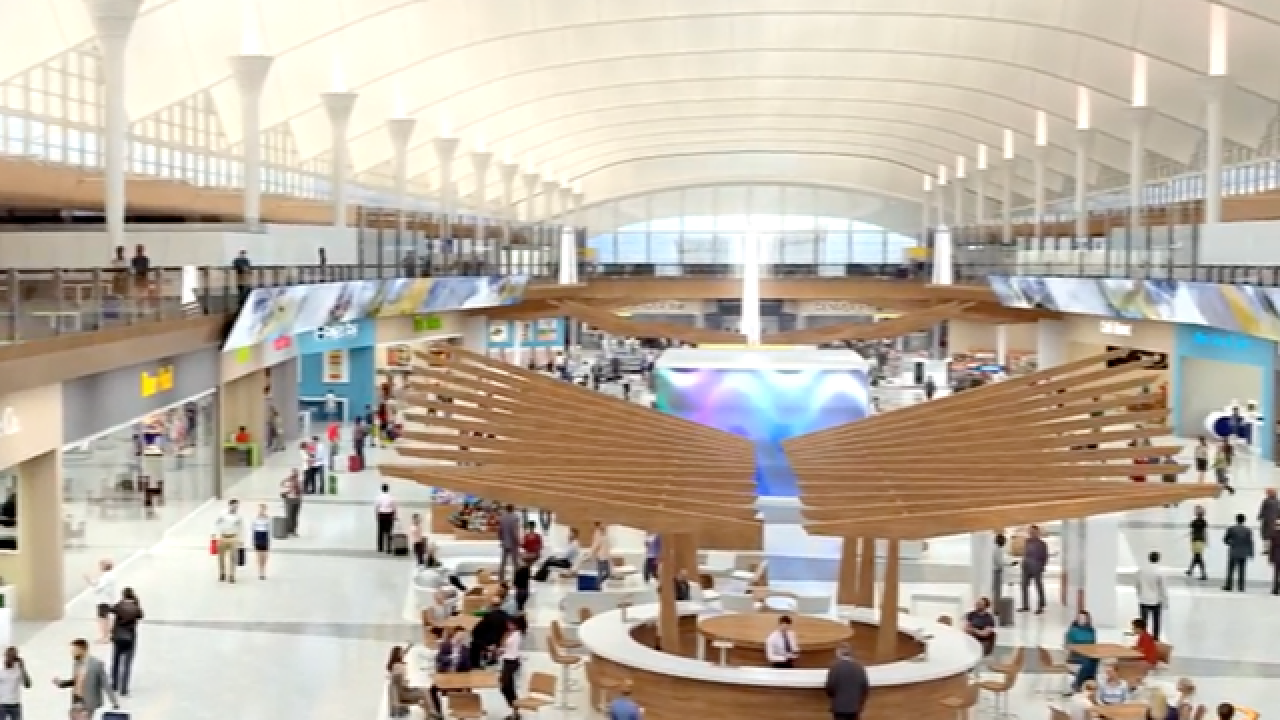 Denver City Council signed off on a deal worth $1.8 billion that will shape the future of the airport for the next 34 years. The 15,000-page contract details a public-private partnership to revamp the airport’s Great Hall.

Council members Rafael Espinoza and Debbie Ortega voted no on the deal. Espinoza said there were still too many unknowns and he didn’t see any reason the city couldn’t do this project on its own.

The case for improving the airport terminal goes back to security and capacity. Since it opened in 1995, traffic has nearly doubled. Estimates project the airport will end 2017 with 61 million passengers passing through DIA.

“It’s my first reason why we need to support this. It’s safety and security,” said Councilman Christopher Herndon.

Public comments made during the meeting highlighted several concerns. A Vice President with United Airlines, Steve Jaquith, said he remained skeptical about the proposed design.

He believed a computer simulation of the proposed design was not realistic and went on to say he feared if TSA staffing was inadequate then passengers might overflow from the security area into the lobby.

“The part of the deal that’s concerning is the lack of design on the airline pieces,” said Councilwoman Robin Kniech.

“From the first time I heard about this, this project needs to get done,” said Councilman Paul Kashmann. “What kind of lunatic would sign a 30-year contract? Many of us. Many of us sign 30-year mortgages.”

As Kashmann compared the contract to a mortgage, he stated there are a lot more protections built in with the current deal. The partners will assume the risk for the pricing and the schedule.

Construction costs are expected to cost $650 to $770 million, of which $480 million will be invested by the airport. It’s important to point out none of the funding is coming from taxpayers or the general fund. Instead, the money will come from airport revenue.

As the night went on, council members had some tough questions for Spanish-based company Ferrovial that will be partnering with Denver on the renovation. Specifically, the council wanted to know about the company’s willingness to work with airlines and local unions.

“I was a 'no.' I want to make sure Ferrovial that you are on record. You testified here… I don’t believe in exclusivity, but I believe in folk’s opportunity and right to organize,” said Councilman Paul Lopez.

Several of the questions centered on fears that local concessions workers would be put out of a job. About 200 to 300 workers could be impacted, according to Kevin Abels, the Denver Chapter President of Unite Here Union.

Concessionaires at the terminal lent their support, saying a Great Hall revamp would be positive, and they would hate to see DIA fall behind other major airports.

“I see this project as us reclaiming the Great Hall and making it better than it was in those first days,” said Councilman Kevin Flynn. He continued, “What we’re doing today it taking the Great Hall back to what it was supposed to be when it opened in 1995.”