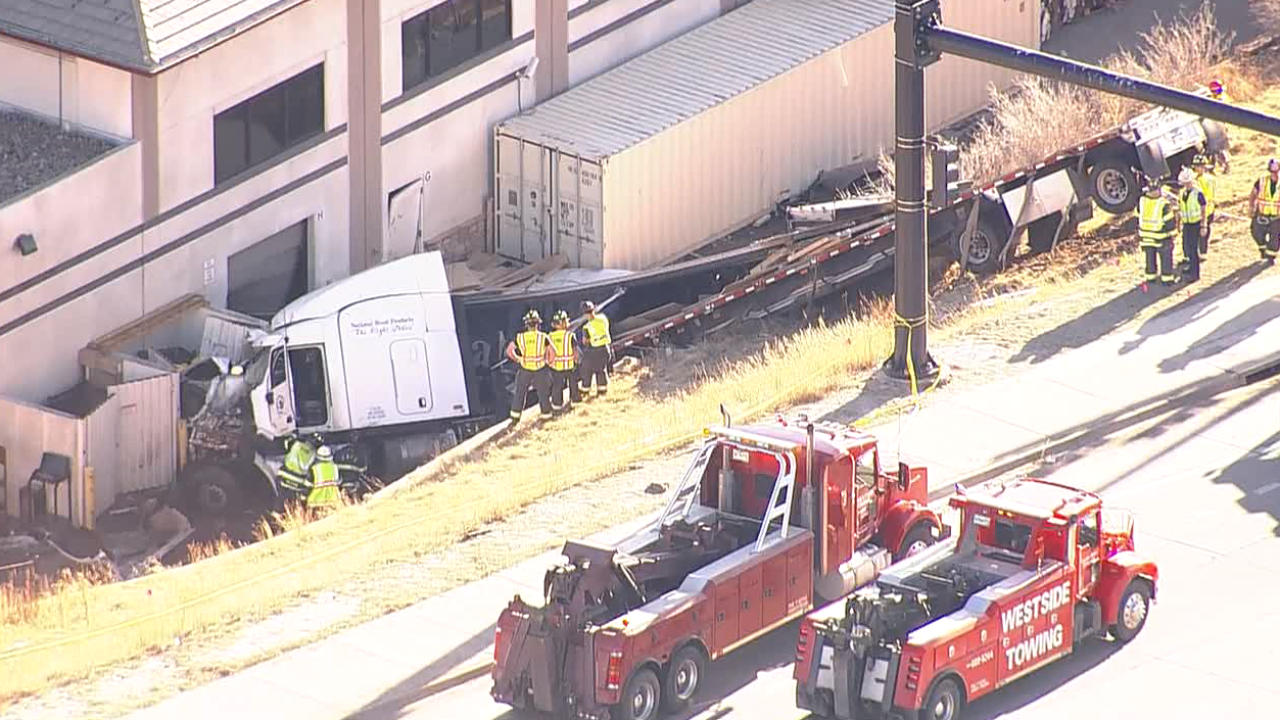 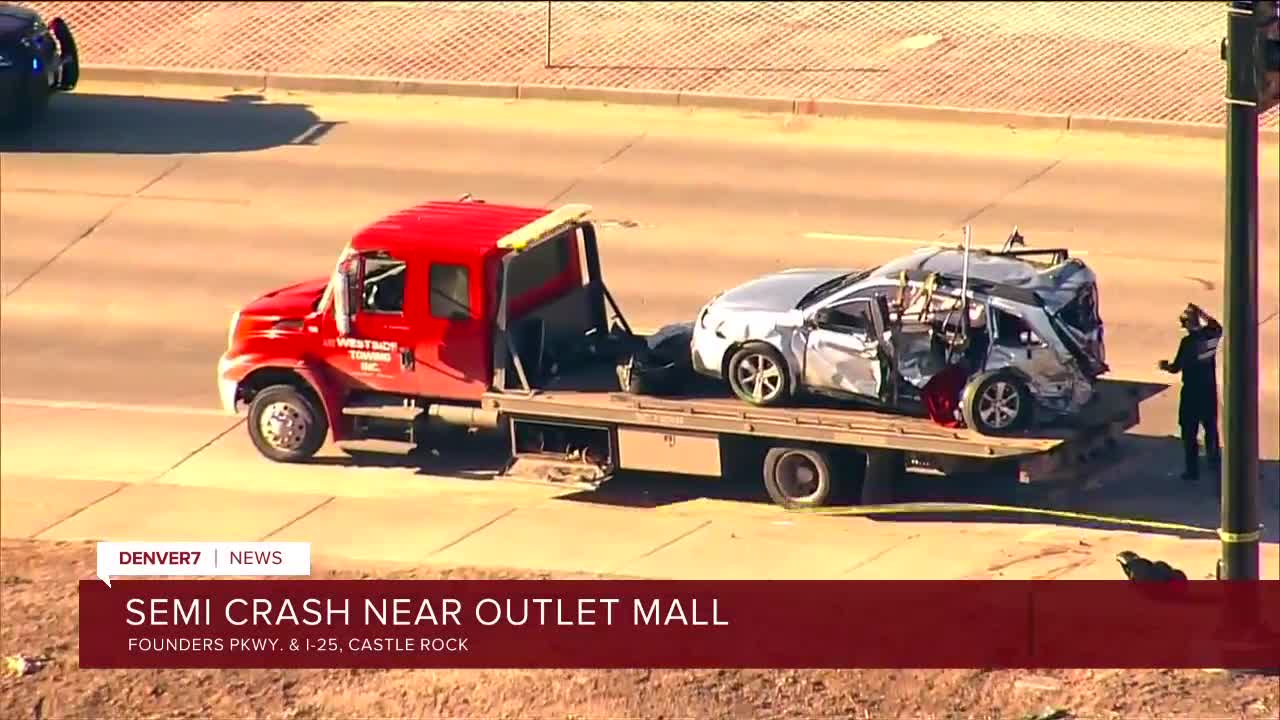 CASTLE ROCK, Colo. — A seven-vehicle crash involving an 18-wheeler in Castle Rock sent eight people to the hospital Sunday, one of the victims sustaining life-threatening injuries.

The crash occurred around 2 p.m. on the southbound Interstate 25 off-ramp to Founders Parkway.

William Evans, 49, of Castle Rock, was extricated from his vehicle and sustained life-threatening injuries as a result of the crash, according to the Colorado State Patrol.

A semi-tractor towing a fully loaded semi-trailer was southbound on the off-ramp, approaching the intersection on a red light when it collided with four vehicles stopped in traffic, the CSP said.

The 18-wheeler continued through the intersection, colliding with two additional vehicles -- an Infiniti sedan, driven by Evans, traveling westbound and a Jaguar coupe traveling eastbound, both on Meadows Parkway -- and pushing them both off the roadway and down an embankment along with the big rig.

The tractor-trailer, Infiniti and Jaguar each fell off a 25-foot retaining wall at the bottom of the embankment, coming to rest in a commercial parking lot, according to the CSP.

The following people sustained serious injuries as a result of the crash: the Jaguar's driver, 77-year-old Anthony Hagger of Castle Rock; the tractor-trailer's driver, 53-year-old James Gabriel of Boulder; and the driver of a vehicle on the I-25 off-ramp, 66-year-old Michele Zibrick of Arvada.

In all, eight occupants among the seven vehicles were transported to area hospitals with injuries ranging from minor to life-threatening.

The cause of the crash still is under investigation. The intersection was closed for approximately five hours to accommodate occupant extrication, crash investigation, and towing operations.

The crash damaged the side of a liquor store. An employee at the liquor store said this was the second crash to impact their building in the past 10 years.