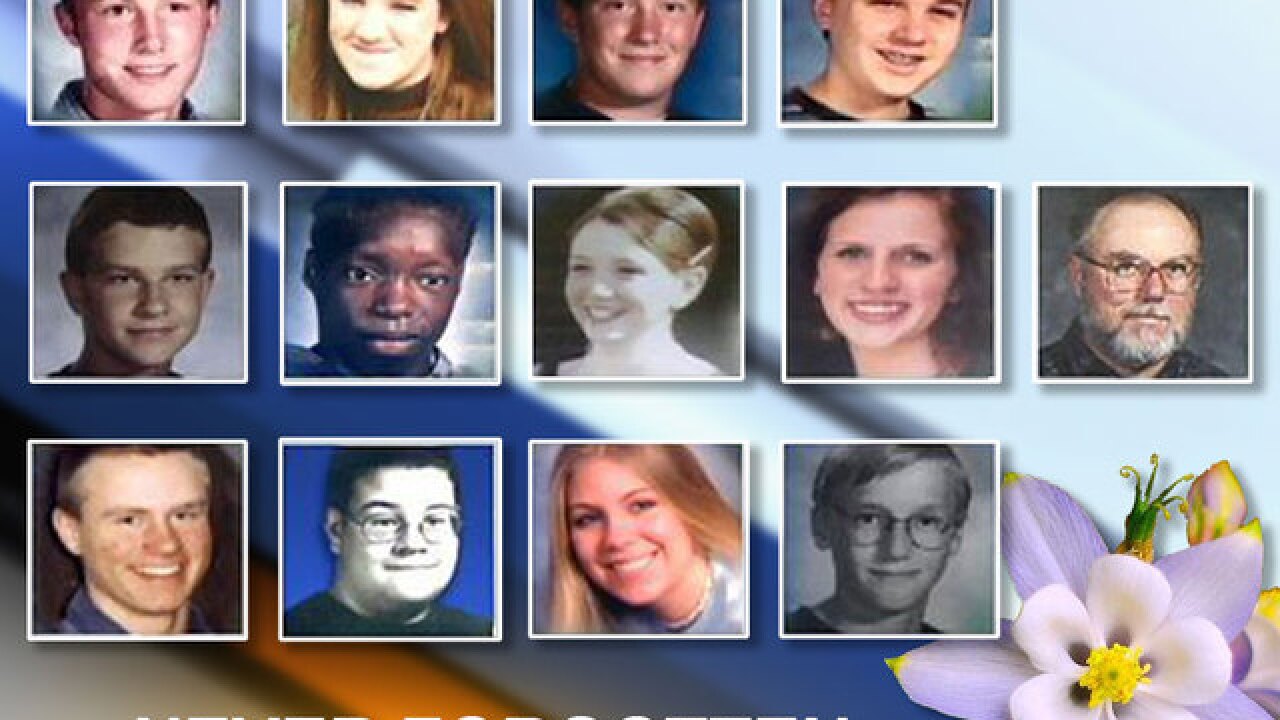 It has been 17 years after two gunmen stormed Columbine High School, killing 12 students and a teacher and later turning the gun on themselves.

On the 17th anniversary of this national tragedy, we want to pay tribute to those who were killed on April 20, 1999.

The victims of that tragic shooting were:

Cassie Bernall. A born-again Christian who was active in church youth programs and Bible study groups.

Steven Curnow. A Star Wars fan who dreamed of being a Navy Top Gun and piloting an F-16.

Corey Depooter. He loved to golf, hunt and fish. He had recently taken a job at a golf club to save up for a boat with a friend.

Kelly Fleming. She was an aspiring songwriter and author.

Matthew Kechter. He hoped to start for the Rebels' football team.

Daniel Mauser. He earned straight A's on his last report card. He ran cross-country and joined the debate team.

Daniel Rohrbough. He helped in his father's electronics business and worked on family farms during the summer. He was shot holding an exit door open for fleeing students.

William "Dave" Saunders. A teacher at Columbine for 24 years. He coached girls' basketball and softball.

Rachel Scott. She had recently played the lead in a student play.

Isaiah Shoels. He wanted to attend arts college and become a music executive.

John Tomlin. He went on a missionary trip to Mexico with his family and built a home for the underprivileged.

Lauren Townsend. She was captain of the varsity volleyball team. She wanted to major in biology in college.

Kyle Velasquez. Neighbors said his personality touched everyone he met.

Thirteen lives lost -- all remembered by family, friends and a community that will never forget.