14 bears euthanized so far this year in Colorado 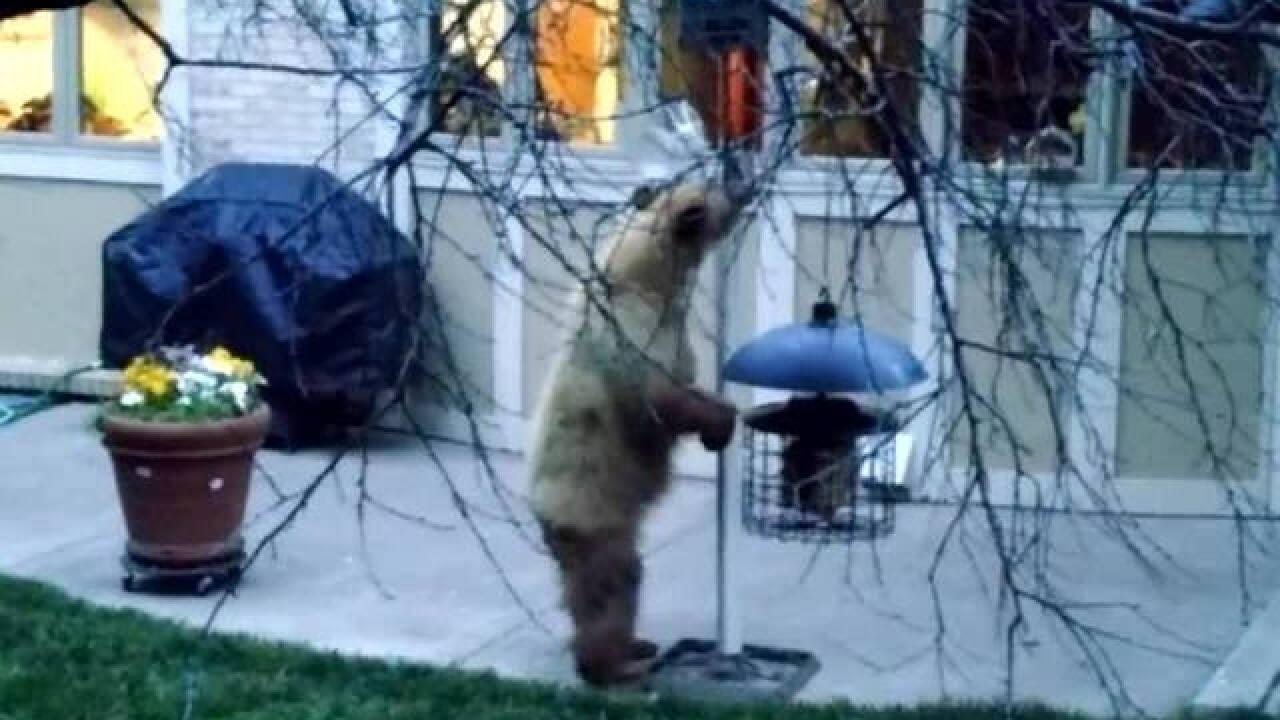 Colorado wildlife officials are reminding the public to secure food and trash as they have already had to euthanize 14 black bears this year.

The Denver Post reports that Colorado Parks and Wildlife typically relocates about 100 bears each year and euthanizes another 100. Spokeswoman Jennifer Churchill says with 14 bears euthanized the agency is on par with that average.

Most recently, a young female bear was euthanized this week after she was found wandering through Golden and Arvada looking for food. Officials say residents tried to take photos with the bear, which did not help.

Parks and Wildlife officials say the public needs to be proactive to keep bears away. People should not leave out trash or birdfeeders and should refrain from feeding wildlife.