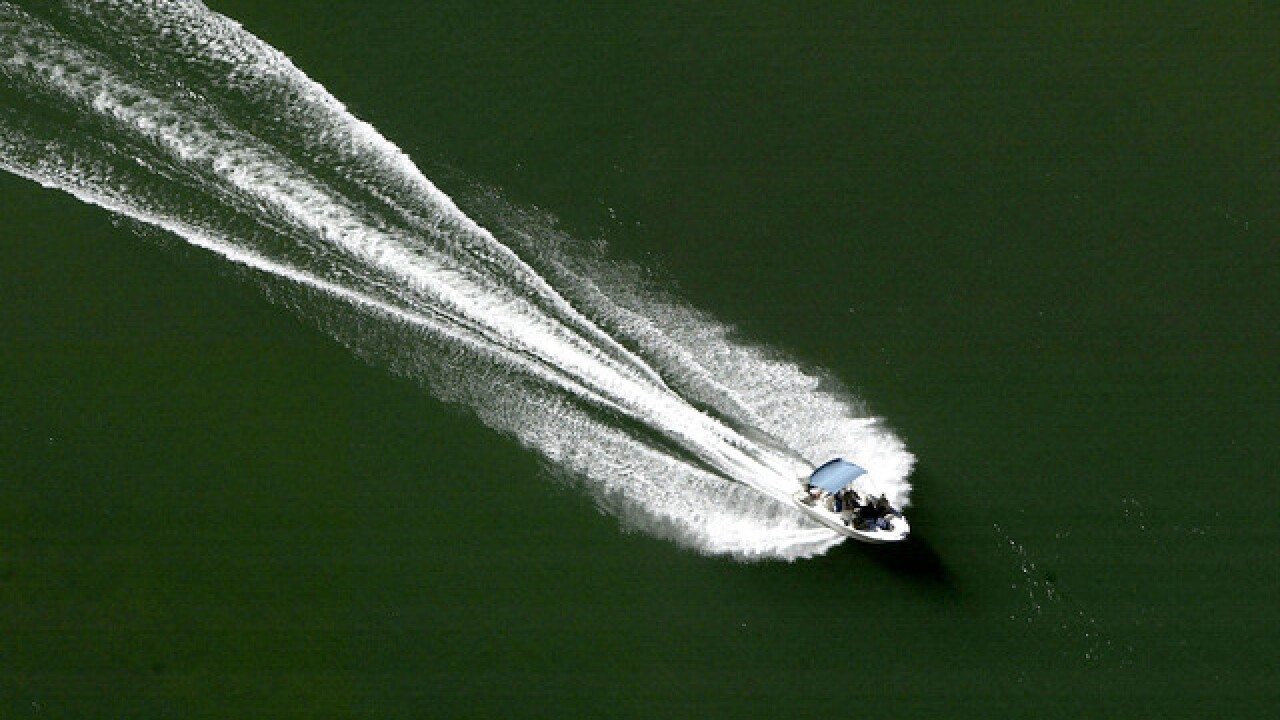 Copyright 2018 Scripps Media, Inc. All rights reserved. This material may not be published, broadcast, rewritten, or redistributed.
David McNew

MOABI REGIONAL PARK, Calif. (AP) — Four people are missing after two boats crashed and sunk on the Colorado River, ejecting more than a dozen people who were on board, authorities said Sunday.

A recreational boat carrying 10 people and another vessel with six people on board collided head-on Saturday night on a well-traveled stretch of the river that marks the border between California and Arizona, the Mohave County Sheriff's Office said in a statement.

Both boats sank and passing boaters pulled crash victims from the water. One person was found in critical condition and flown to a hospital in Las Vegas, while nine others were taken to local hospitals by ambulance, authorities said.

Helicopters were deployed immediately after the crash was reported and couldn't locate the missing. Rescuers had to call off the search until Sunday morning because it was too dangerous to put divers in the river after dark. The river's water can range from shallow to 30 feet (9 meters) deep

"We have four parties unaccounted for and presumed submerged," he said. "It is being treated as a recovery operation."

The cause of the crash is being investigated by Mohave County authorities, Sherwin said. He said low light conditions undoubtedly played a role.

None of the boaters were wearing life vests when the collision occurred, said Anita Mortensen, a spokeswoman for the Mohave County Sheriff's Office.