Boy says man grabbed him in a wooded area 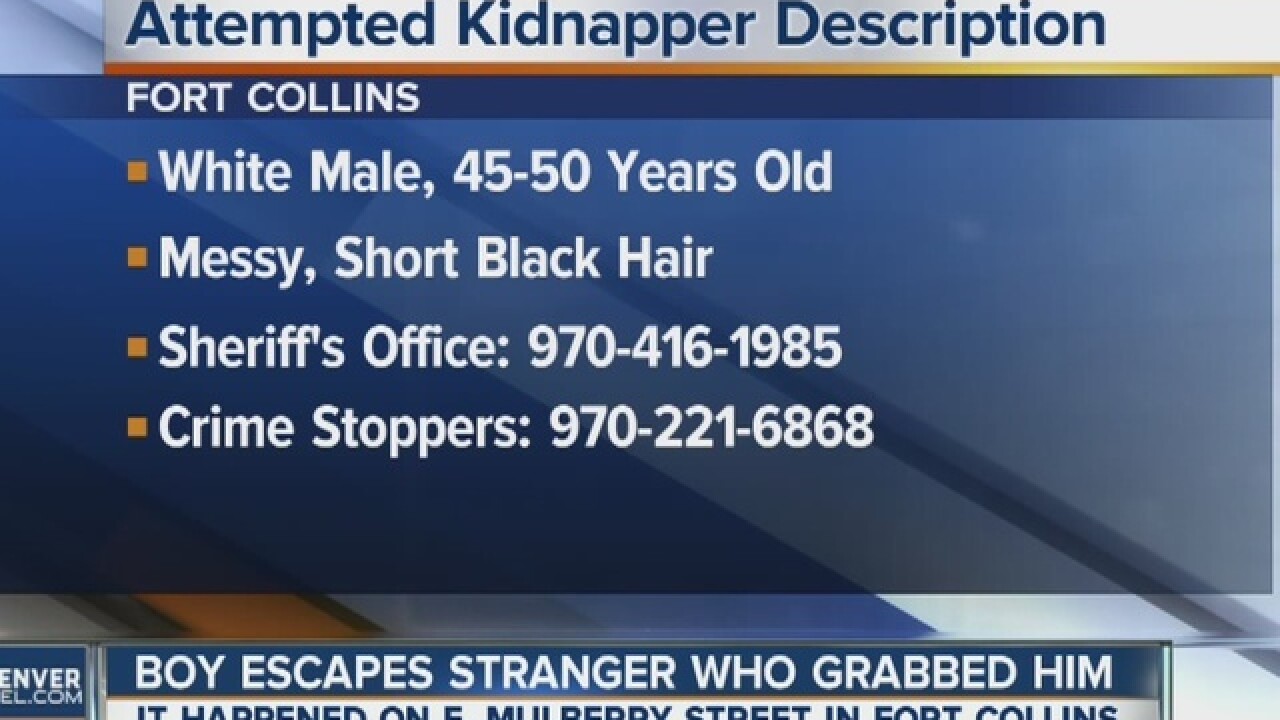 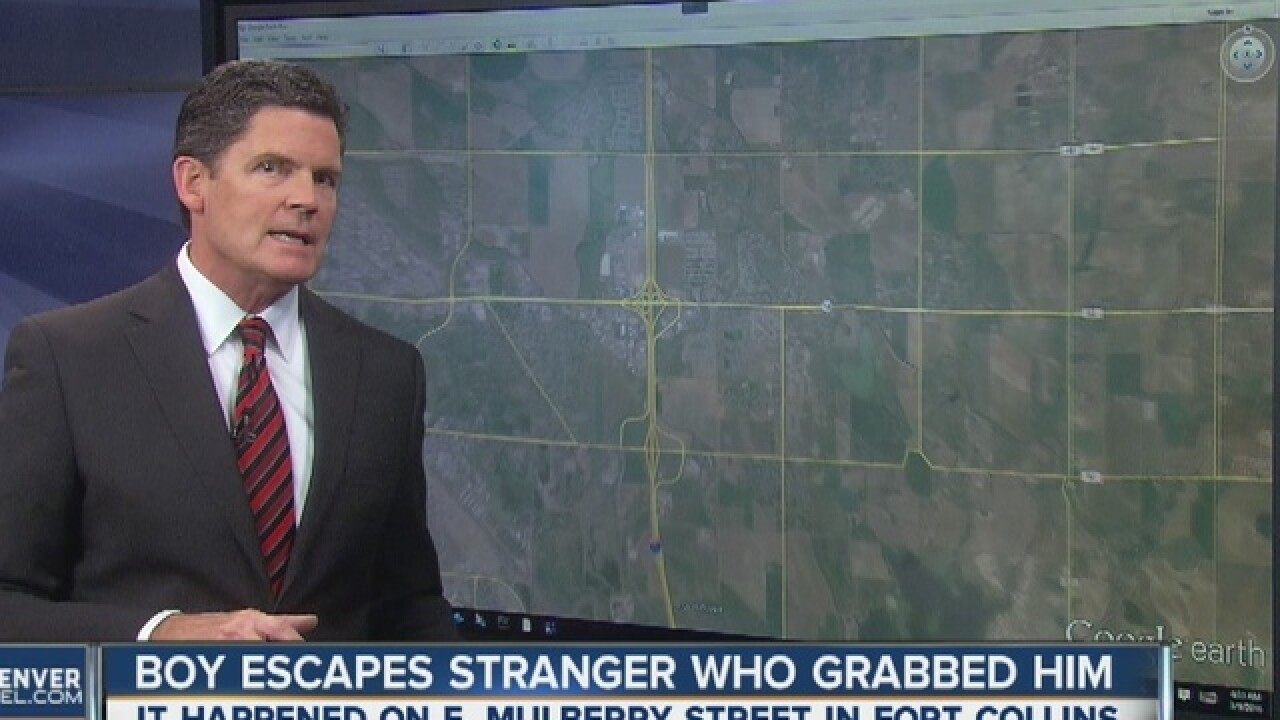 A 12-year-old boy says a man grabbed him in a wooded area in Fort Collins Tuesday evening.

Deputies are investigating the incident as an attempted abduction.

The boy went into a wooded area near East Mulberry Street, just south of the railroad tracks near Boxelder Creek, to look for his siblings, according to the Larimer County Sheriff's Office.

The boy noticed someone behind a tree and thought it was one of his siblings. The boy said that's when a man came out from behind the tree and grabbed him by the wrist.

The man pulled the boy toward him but the boy was able to break free, investigators said.

The boy ran and made it home safely.

He was shaken and has scratches on his wrist, but was not seriously hurt, deputies say.

The boy told deputies the man was mumbling and appeared to be highly intoxicated.

The boy described the suspect as 45 to 50 years old, with messy, short black hair and a salt-and-pepper colored goatee with no mustache.

Deputies searched the area but didn't find anyone matching the description.

The boy's siblings had been playing in a different part of the field and did not see the man, according to investigators.