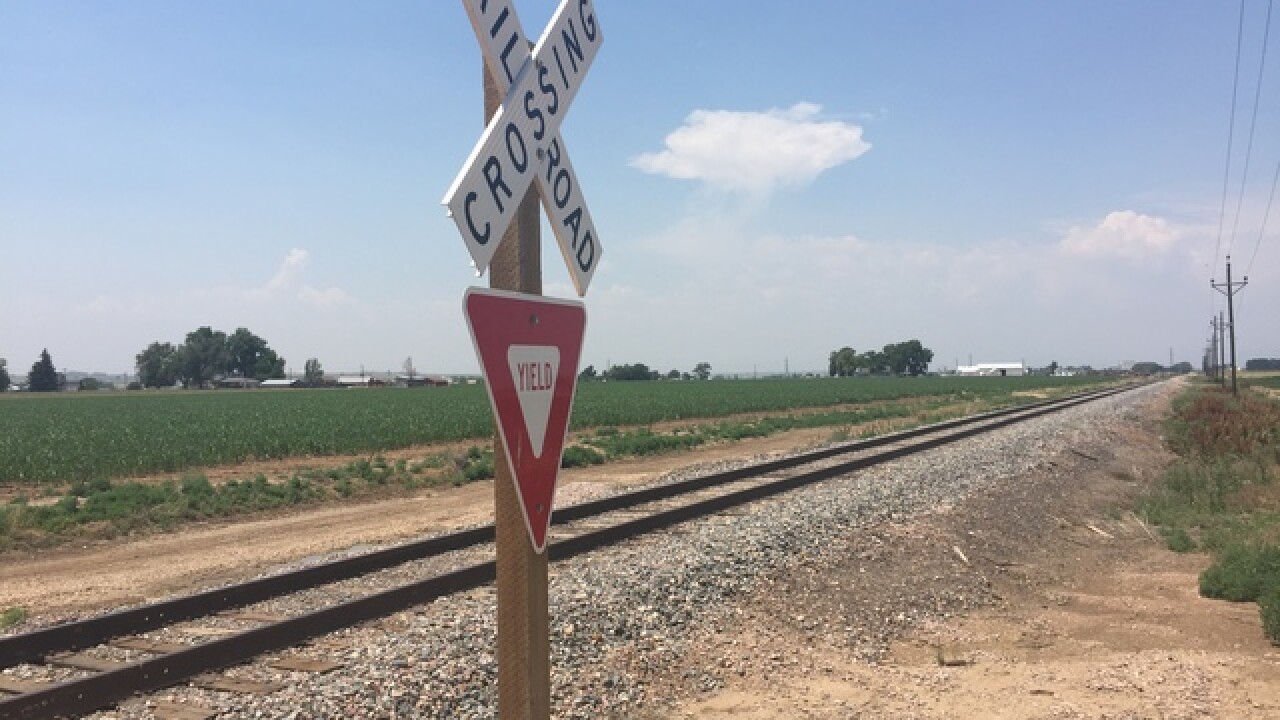 There are currently 11 railroad crossings across Colorado that are on the list for safety upgrades, including the crossing in Las Animas County where five people were killed and one hospitalized after a crash with a train over the weekend in Trinidad.

About $4.6 million dollars is set to be spent to make safety upgrades on the 11 locations in Weld, Otero, Yuma, Denver, Las Animas and Washington counties.

According to Amy Ford with the Colorado Department of Transportation, those upgrades include better roadways, flashing lights, crossing gates and bells.

One Weld County resident who lives near the crossing on County Road 29 said the recent track improvements have caused an increase in railroad traffic and many people just drive through the crossing full speed without looking.

Roberta Henrickson knows all too well the dangers of creeping out on to a railroad track.

She was hit by a train while driving her car on Halloween night in 1994 and since asked Weld County to put up gates where the accident was.

“If there’s increased traffic, of course, you need crossing bars because people, you know, they look maybe they think that they don’t need to stop and they can go,” said Henrickson.

Because of the process with state, county and city applications and approvals, some of these projects will sit on the upgrade list for several years, officials said.  All with hopes that there aren’t any more accidents at these crossings that are labeled as dangerous.