10 odd and amazing Colorado facts that many don't know about 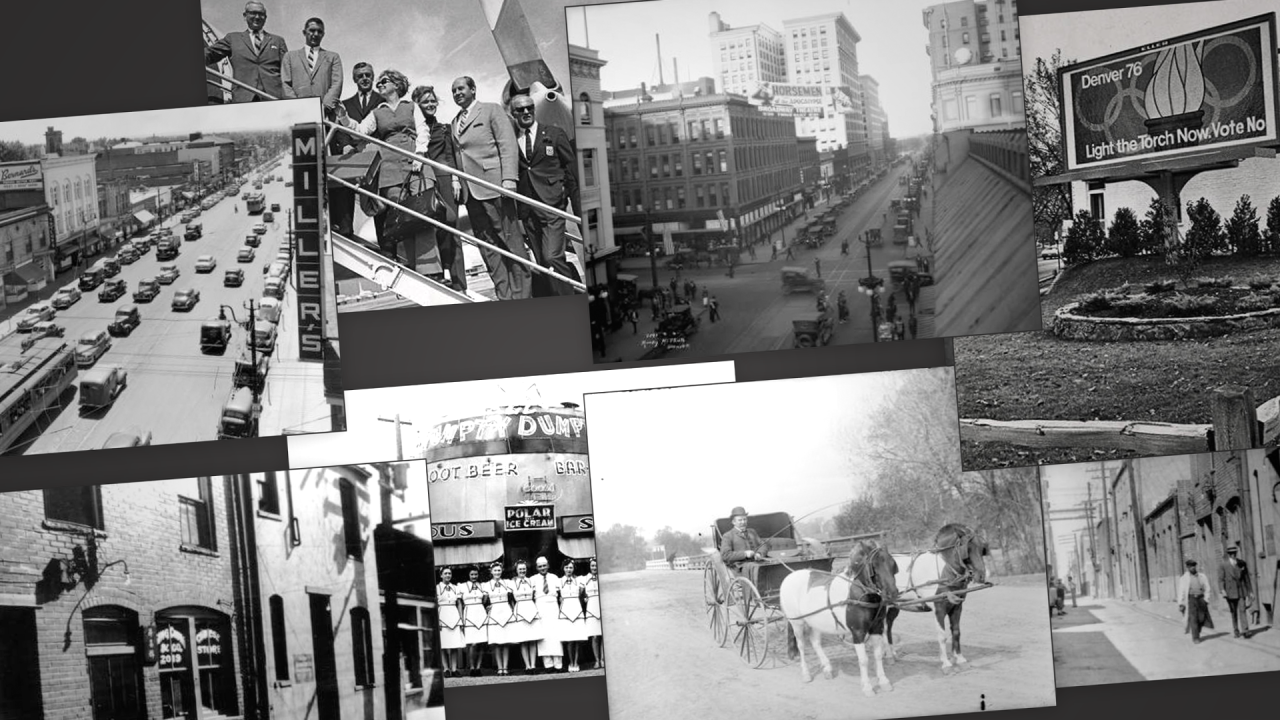 DENVER — It’s a well-known fact that Colorado is one of the best states in the country! But there are other lesser known facts about The Centennial State that many might not know about.

1. Denver is the only city to turn down an Olympic bid
The Mile High City was awarded the 1976 Winter Games in May 1970 by the International Olympic Committee. Denver had edged out cities like Vancouver in its bid. But after a series of blunderous plans and unrealistic cost expectations, the tide of public opinion shifted, and Denver actually gave the Olympics back after voters rejected a bond issue that would have helped fund the games. It ended up being held in Innsbrook, Austria.

2. Colorado is the birthplace of the cheeseburger
Denver restaurant owner Louis Ballast claimed to have invented the cheeseburger in 1935. Ballast owned the Humpty Dumpty Drive-In, located at 2776 North Speer Boulevard. A bronze plaque now sits on the former site of the restaurant and reads: "ON THIS SITE IN 1935 LOUIS E. BALLAST CREATED THE CHEESEBURGER. HIS RESTAURANT, THE HUMPTY DUMPTY BARREL DRIVE-IN, WAS COLORADO'S FIRST DRIVE-IN AND WAS COMMONLY KNOWN AS THE BARREL. THE CHEESEBURGER TRADEMARK WAS REGISTERED BY MR. BALLAST ON MARCH 5, 1935. DEDICATED MARCH 5, 1987."

3. Denver’s first drive-by shooting happened in 1877
Cort Thompson was shot from another carriage after a brawl at the Denver Park bar.

4. The Grand Mesa on the Western Slope is the world’s largest flat-topped mountain
The Grand Mesa is located east of Grand Junction and has an area of about 500 square miles. Stretching for nearly 40 miles, the mesa is home to over 300 lakes.

5. More than 1/3 of Colorado is owned by the federal government
According to the Colorado State Forest Service, "Nearly 68 percent of Colorado’s forests are in federal ownership; the primary land manager is the U.S. Forest Service with 47 percent or 11.3 million acres. Nearly three-quarters of the state’s high-elevation species such as spruce-fir, lodgepole pine and aspen are located on USFS lands. The Bureau of Land Management oversees an additional 17 percent or 4.2 million acres, primarily in the state’s lower elevation piñon-juniper and oak shrubland forests. The National Park Service has responsibility for 380,925 acres or 2 percent of Colorado’s forests; the majority of these lands are within the borders of Rocky Mountain National Park."

6. Wazee Street between 15th and 17th was once Denver’s Chinatown
According to the Encylopedia of the Great Plains, Chinese laborers were drawn to Denver and made Wazee Street (also called "Hop Alley") in lower downtown their favorite haunt. The area started to decline after series of riots in the 1880s.

8. Denver has one of the largest park systems in the country
The city's park system consists of more than 14,000 acres of parkland across four counties outside of Denver city limits, 22 accessible parks and 24 conservation areas. The system was created in 1910. Congress gave Denver approval in 1914 to purchase federal lands outside its city limits.

9. The automobile boot was first used in Denver in 1955
Colorado resident Frank Marugg invented a wheel clamp, later known as the Denver Boot, in the 1940s and sold them in the 1950s to the Denver Police Department, which was the first law enforcement agency to use a car boot.

10. Denver’s first recorded car accident happened in 1900
On November 29, 1900, Daniel Spencer was ejected from a car of his own design.