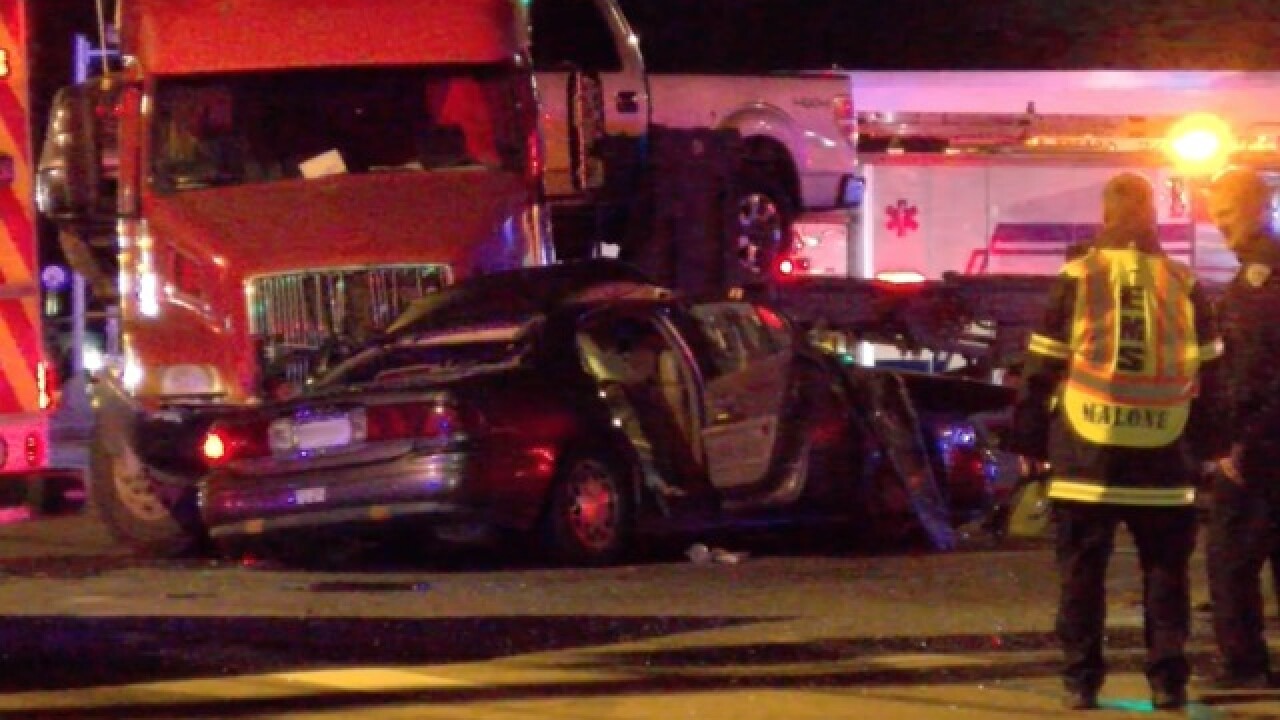 FORT COLLINS, Colo. — A man was killed when he crashed his car into a semi-truck in Fort Collins Wednesday night.

Police said the 28-year-old man, who has not yet been identified, was driving north on Timberline Road when he crashed his Buick sedan into a semi that was turning east onto Harmony Road shortly after 8 p.m.

The Buick's driver was pronounced dead at the scene. A 9-year-old passenger in the back seat of the car was taken to the hospital with minor injuries, police said.

The semi's driver suffered minor injuries but didn't need to be taken to the hospital, police said.

Investigators are looking into what might have led to the crash, including what color the traffic signals were at the time.

The intersection of Harmony Road and Timberline Road was closed for about six hours because of the crash.