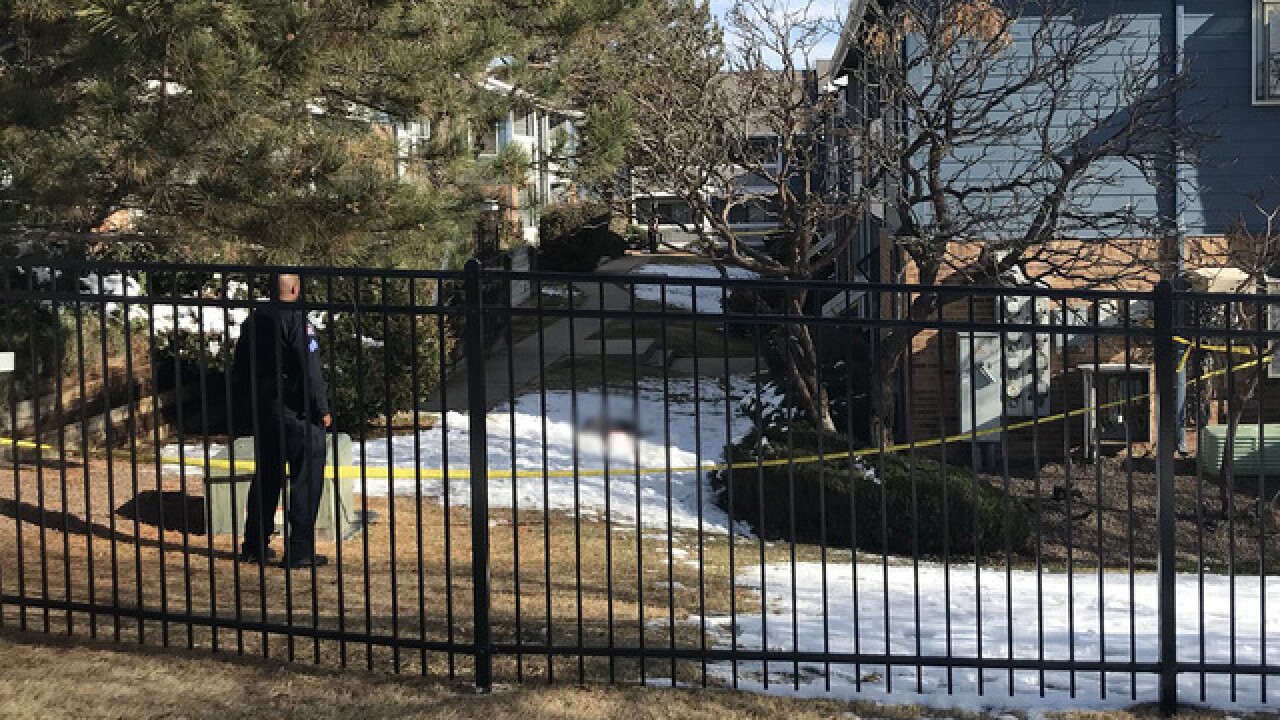 AURORA, Colo. -- A suspect is still at large following a shooting that left one person dead and another injured in Aurora Tuesday morning.

Aurora police said officers initially responded to the area of South Sable Boulevard and East Mississippi Avenue at about 8:15 a.m. and located an adult male with a gunshot wound at a nearby 7-Eleven store.

While on the scene, officers received word of another adult male shooting victim at an apartment complex just down the street, at Mississippi and Evanston Way. Police believe both men were shot at the Evanston address.

Both victims were taken to an area hospital, where the second victim was pronounced dead. The victim located at the 7-Eleven store is in stable condition, police said.

Police did not provide any further details about the shooting, saying they were not releasing a suspect description in order to protect their investigation.

Nearby Gateway High School was placed into lockdown as a precaution while officers responded to the shooting. Officers said the shooting was not connected to the school and the facility was no longer in lockdown as of 10:30 a.m.

Anyone with information on the shooting should contact Aurora police.