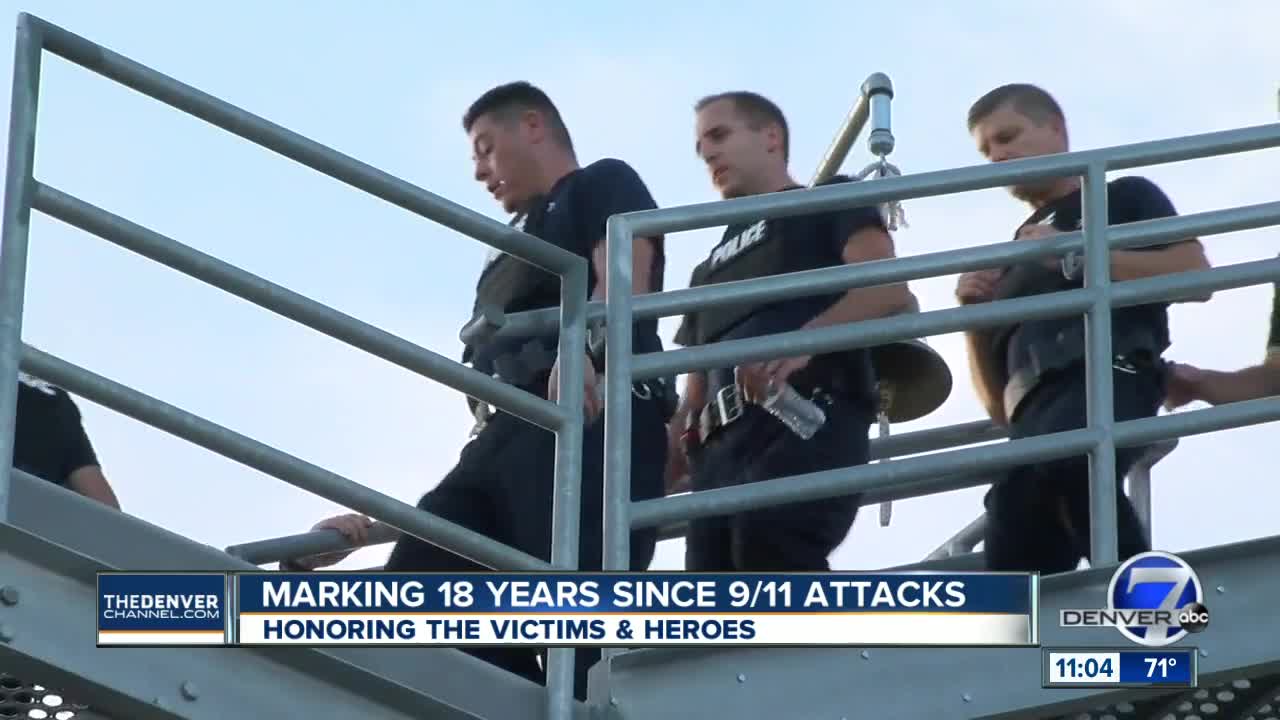 In order to equal the 110 stories that first responders climbed in the Twin Towers in 2001, the recruits had to take 1,980 steps up and down a stairwell tower at the Aurora Police and Fire Training Facility.

"It's still nothing like what first responders experienced at the World Trade Center," Aurora Police Lieutenant Michael McClelland said.

Some of the recruits who took part in the stair climb were just three years old during the attacks. Aurora Police Chief Nick Metz had a message for them: "This job requires courage. It requires tenacity. It requires smarts and to be ready."