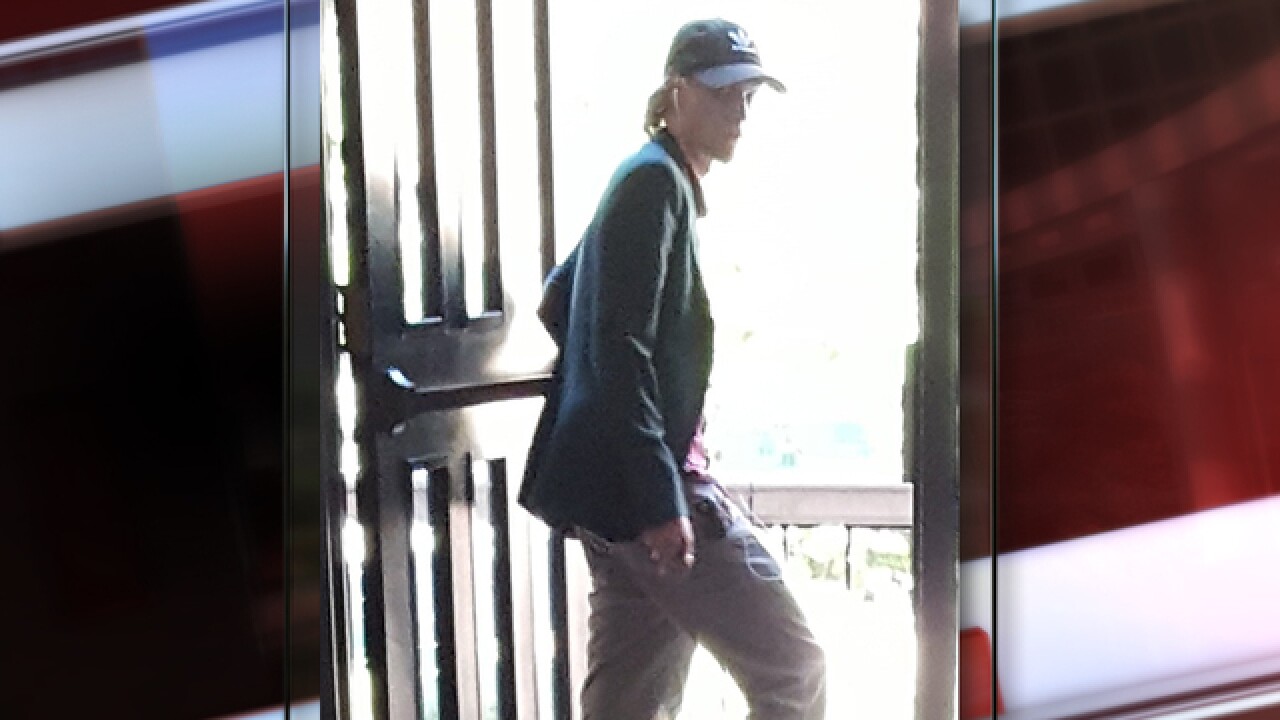 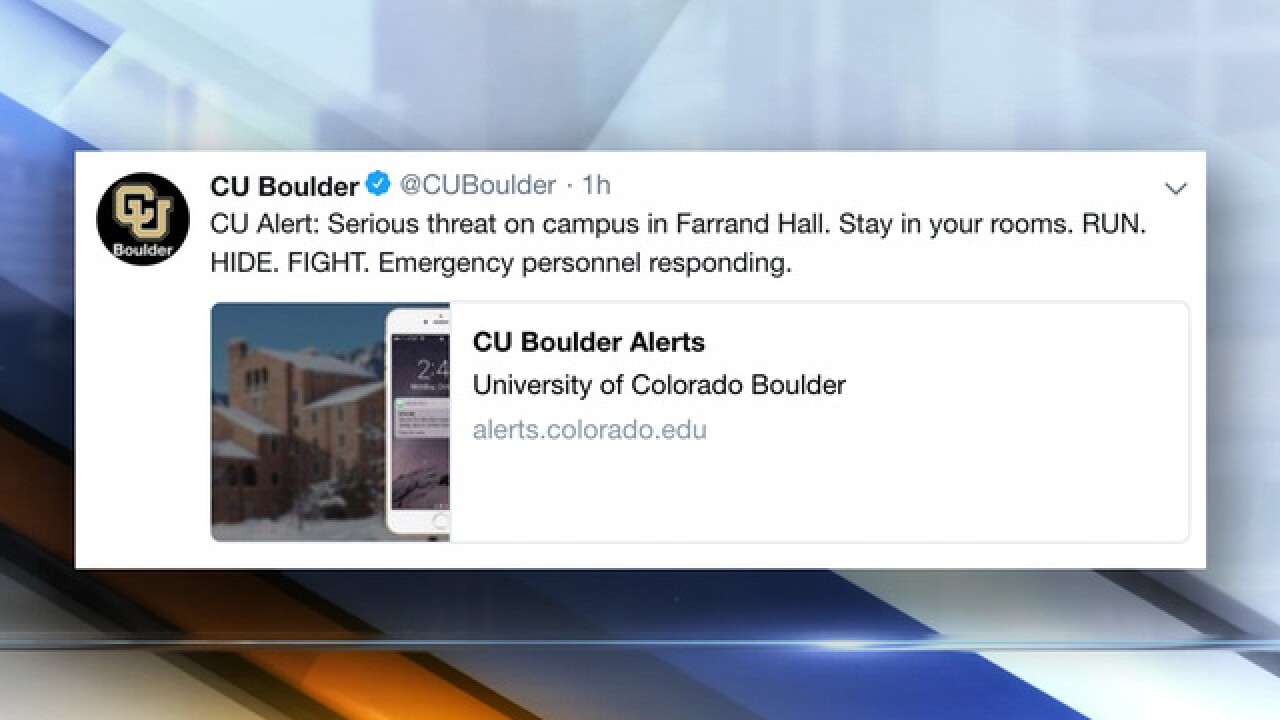 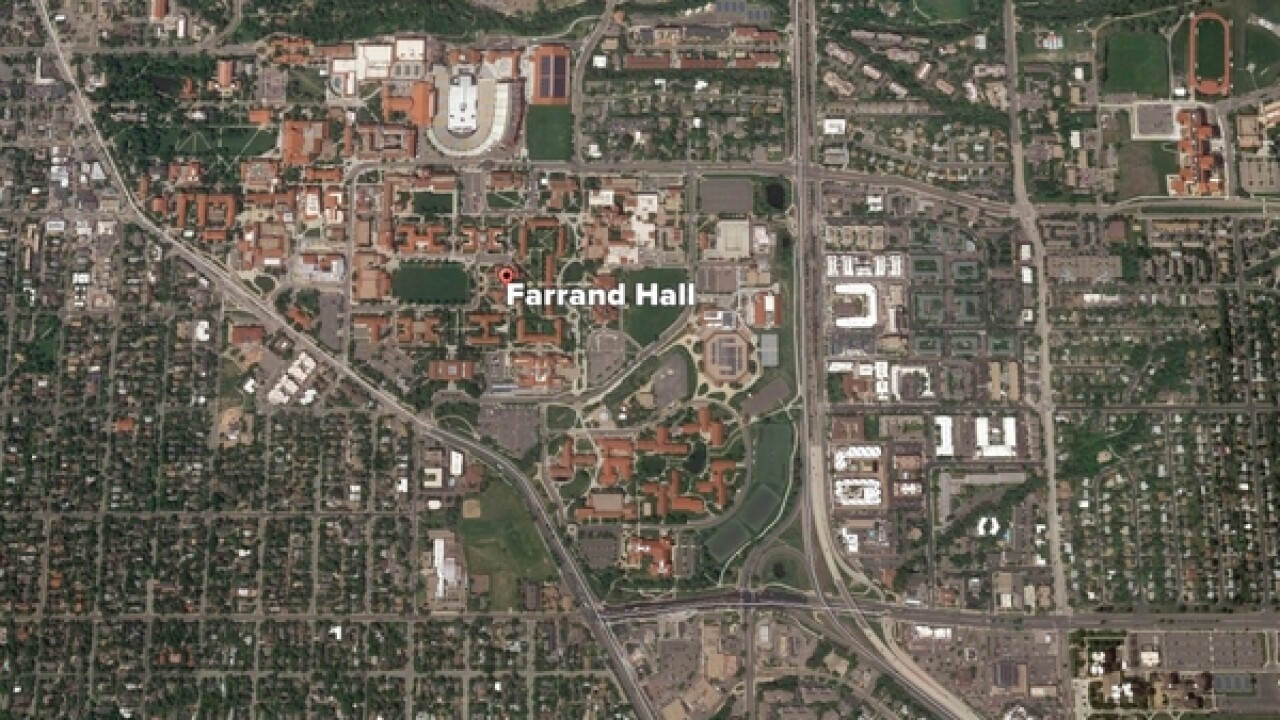 BOULDER, Colo. – A man was arrested early Friday and will face several charges in connection to an overnight threat at CU Boulder’s Farrand Hall.

Jack Cameron Thaft, 21, was arrested shortly afternoon noon Friday by CU Boulder Police, the department announced via Twitter. He will be charged with trespassing in conjunction with a situation that warned students of a “serious threat” at Farrand Hall just before 4 a.m. Friday.

A CU Boulder Police spokesperson told Denver7 the message, which alerted those on camps to stay in their rooms and “RUN. HIDE. FIGHT” started after a report of someone with a weapon on campus at around 3:30 a.m.

Nearly an hour later, at around 4:20 a.m., CU Boulder PD sent another alert, telling students and staff that the area of Farrand Hall was secure and that there was no longer a threat.

Police said they do not believe the man is a student.

In a statement, CU Boulder said, "we are committed to getting campus affiliates the latest information we have in a timely fashion to keep everyone safe. And, once we develop more information through witness interviews, we share that information, too."

According to the University's website, Farrand Hall provides housing for about 400 arts and sciences majors.