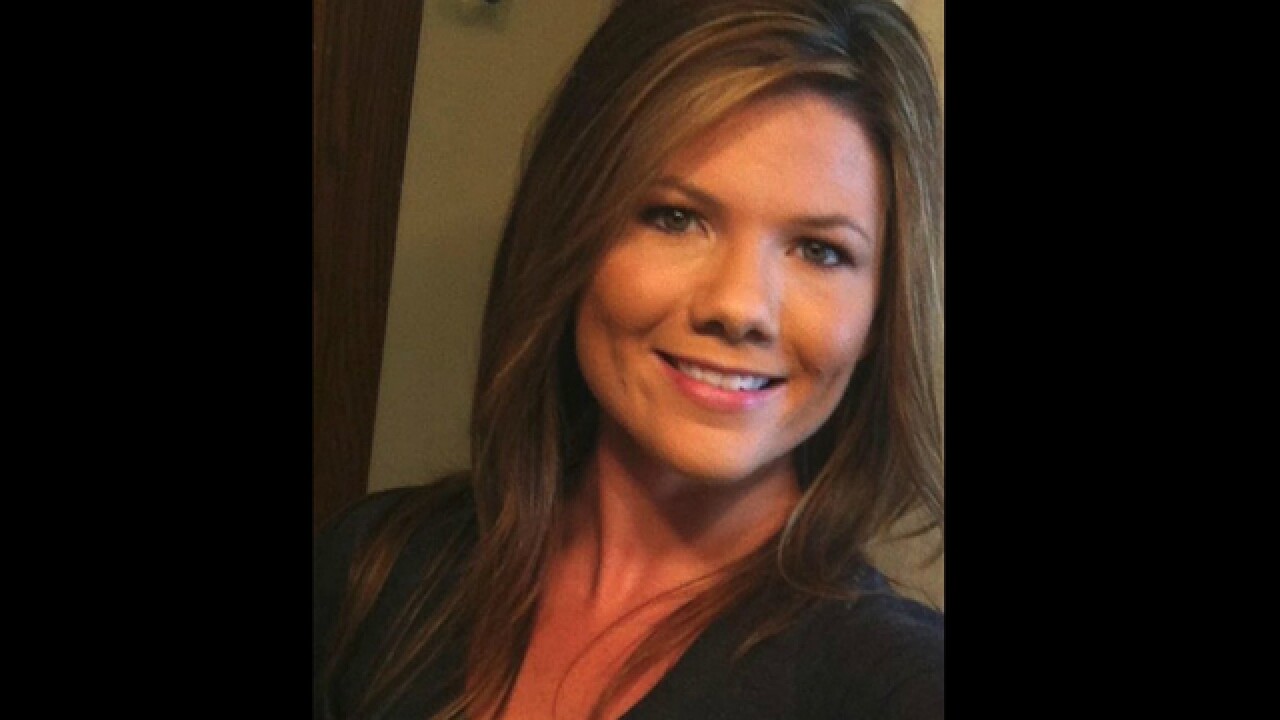 Copyright 2018 Scripps Media, Inc. All rights reserved. This material may not be published, broadcast, rewritten, or redistributed.
Courtesy family
A photo of Kelsey Berreth taken in 2013. 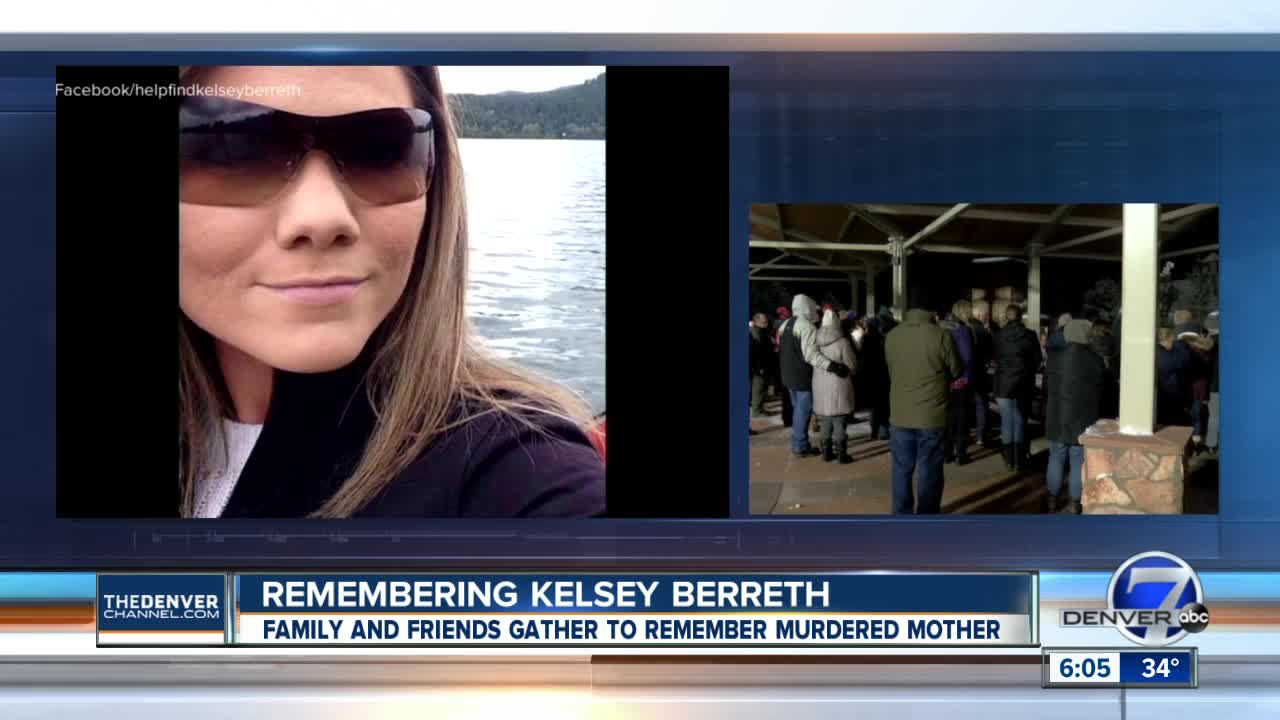 WOODLAND PARK, Colo. — Kelsey Berreth was not only somebody's daughter, sister, mother, family, friend and coworker, but she was a beloved "shining light" on this Earth, a prosecutor said on Monday.

And this weekend, the Woodland Park community will shine lights of their own in her memory.

READ MORE: Anniversary vigil to remember Kelsey Berreth: 'Her impact has not ended'

The Woodland Park Police Department is hosting a remembrance candle vigil for Kelsey on Friday, which marks one year since authorities believe the 29-year-old was killed by her fiancé, from 6-7 p.m. at Memorial Park, located at 412 N. Park Street in Woodland Park. The police department is then hosting a celebration of Berreth's life on Saturday afternoon, from 2 to 3 p.m., at the Woodland Park Seventh Day Adventist Church. Her fiancé was found guilty of murder on Monday.

She came from a religious family and they know she is in heaven now, District Attorney Dan May said after the guilty verdict.

Kelsey was born on Sept. 15, 1989 in Washington. Growing up in the lakeside city of Moses Lake, she had a constant companion — her brother Clint Berreth, who is two years younger than her. He said they did everything on the family's farm together. Kelsey wanted to be a crop duster when she was a child, her mother Cheryl Berreth said in court on Nov. 1, which kicked off a life-long fascination with aviation.

"She always wanted to fly as a child," she said.

Kelsey was accepted to college at a Moses Lake school, where she started studying aviation. After graduation, she landed a job as a flight instructor in Washington, Cheryl said. Around the same time, Kelsey's parents moved to a small community in northern Idaho and she moved out of the home to start life on her own.

After moving to Colorado in May 2016 and picking up a handful of different jobs, she landed at Doss Aviation in Pueblo in late July 2017, Cheryl said.

She started the company's training program around the same time as Ira Cline, and they bonded over that shared experience.

Kelsey was rarely seen without a smile and had a kind and gentle heart, Cline said.

Kaylee — Kelsey and her fiancé's child — was born on Oct. 5, 2017 in Colorado Springs. She was kept in the NICU for several days because she arrived three weeks early, Cheryl said.

Cline said when Kelsey returned to work, it was easy to tell she was a "proud momma." He noted that they shared a special bond because both of their daughters were named Kaylee.

She was always excited to tell anybody and everybody about Kaylee, who is a beautiful little girl, Cline said.

Cheryl visited Kelsey in the months after Kaylee was born and said the newborn was Kelsey's whole world.

Carolyn Sharp, a flight instructor at Doss Aviation, said she was so close with Kelsey that she kept a picture of Kaylee on her fridge in her Pueblo home. When Kelsey would bring the baby to work, Kaylee always well-behaved and happy, Sharp said. Kelsey may have been quiet and reserved, but she was always very sweet, she said.

She eagerly shared updates about Kaylee's developments with anybody at Doss Aviation who would listen, said flight instructor Peter Sergejev. She loved being a mother. She'd post pictures of Kaylee to Facebook often and text them to her fiancé. She kept a photo of herself and Kaylee on her tidy desk at work that seemed to be "a point of significant inspiration," said her coworker Raymond Siebring.

The young mother was also sharp as a tack. Mark Maryak, the chief pilot for initial training at Doss Aviation, said she completed the training program during her short time with the company — an achievement that even instructors with 20 years of experience in the U.S. Air Force have called "grueling."

She wrote the best test questions for her students — never too hard or too easy, just exactly what they should know, said David Deray. He flew with Kelsey often and called her a "natural pilot."

“I’ll remember her kindness and smile the most," he said. “A smile like hers would lift me up. ... I’m grateful I was able to know her and call her my friend.”

It wasn't a surprise that she had this effect on people. Kelsey's uncle, Scott Morin, said she was loved by everyone and everyone loved her. She made positive contributions to her community and was a beautiful person inside and out, Cheryl said.

Another coworker, Chris Paulhamus, said he was only just starting to get to know Kelsey on a deeper level when she disappeared. But he knew she was quiet, unassuming, beautiful and a gentle soul, he said. Even with her small frame, she stood out at work because she helped her aviation students get exactly where they needed to be.

She made a direct impact on those students, and her spirit will live on as they use those instructions and pass their knowledge along to the next generation, Paulhamus said.

“Even though I won’t see her again on this side of eternity, I know I’ll see her again one day and we’ll have our chats once again," he said. “It’s important for Kaylee to know how amazing her mother was."

READ MORE: All Denver7 coverage on the killing of Kelsey Berreth, trial of Patrick Frazee